Considering the strategic use of new technologies in the Syrian context 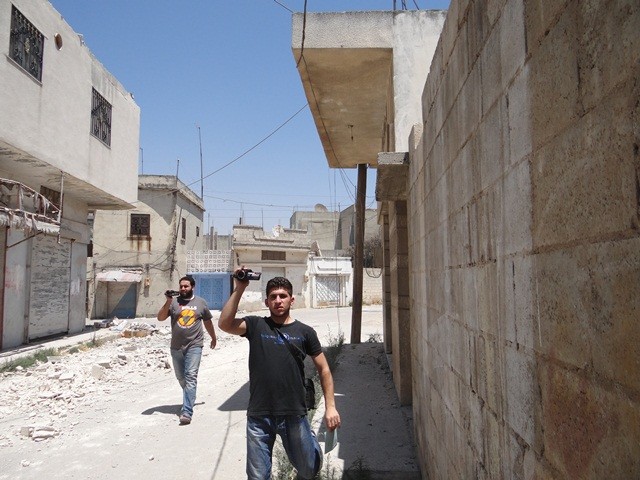 We commissioned Build Up to map current peacetech initiatives responding to the Syrian crisis and consider options for future work using technology for positive social change. The report ‘Innovative Peacebuilding in Syria: a scoping study of the strategic use of technology to build peace in the Syrian context’, which outlines the outcomes of the research, represents the first and only such mapping to date.

Helen Puig Larrauri and Jen Gaskell, co-directors at Build Up tell us more:

After introducing readers to the relatively new field of peacetech and some of the best practices, risks and challenges it entails, the report examines the peacetech activities of 55 organisations working in the Syrian context. It also draws on 20 expert interviews carried out remotely in English and Arabic during February and March 2016. While effectively reaching local peacebuilders inside Syria remains highly challenging, the findings highlight important entry points for future work.

New technologies are currently being used for peacebuilding in the Syrian context, and there is scope for further supporting their use to increase impact. Most organisations currently engaging in peacetech in the Syrian context focus on using communication technologies to create peaceful narratives and share a greater diversity of voices. The other clear focus highlighted in the research is on using data technologies for crisis response, mostly conflict analysis serving the international community.

Looking beyond its current uses, practitioners agreed that technology in the Syrian context could be used as a hook, an opportunity to do peacebuilding without calling it that. This is particularly relevant because the term ‘peacebuilding’ is highly contested in Syria, and it can be problematic for local actors to be associated with peacebuilding activities. Practitioners also acknowledged the opportunity tech presents to reach people in areas that can be physically hard to access. They also recognised the need among Syrian peace actors to network with other local initiatives, and to make the increasingly large number of local narratives reach negotiation processes at the national and international levels.

The research identifies that currently, the capacity to sustain tech-enabled initiatives in the longer term is limited. Most of those interviewed saw the greatest opportunity for peacetech in Syria in supporting and developing local capacity. Supporting the skills of peace activists, artists and other peace actors  could serve to overcome the current (and serious) trust and security issues that may be hampering more effective and strategic uses of technologies to build peace.

As one interviewee said: ‘we should support artists, designers, filmmakers who are creating things that can get high distribution online - they are important because they come from parts of society that are naturally peacebuilding. It’s not about having an explicit agenda - if we want a more cohesive society, we need to be supporting the people who culturally support those messages’.

Clearly mapping such a dynamic and volatile context is bound to remain incomplete. But what this research emphasises more than anything is the need to listen to those speaking for peace and learn how best technology can serve their needs. This reports outlines some of those gaps that new technologies have the potential to fill, providing some foundations to begin having those conversations.

An executive summary of the report is available here.

The research also cites possible implementation areas for the British Council to use technology to engage in more strategic ways in English teaching, digital skills, schools development, creative social enterprise and media initiatives. The next stage is to set up more open, participatory conversations and processes to co-design interventions with local actors.

A full version of the report is available here.

An Aerial View of the Zaatri Refugee Camp