Who is my audience?

Being a creative entrepreneur can be a hard and lonely journey that requires commitment and clarity of purpose. This is the story of a filmmaker who had the confidence to believe there was an audience for the film he was making, even when the film and TV industry told him he was wrong. 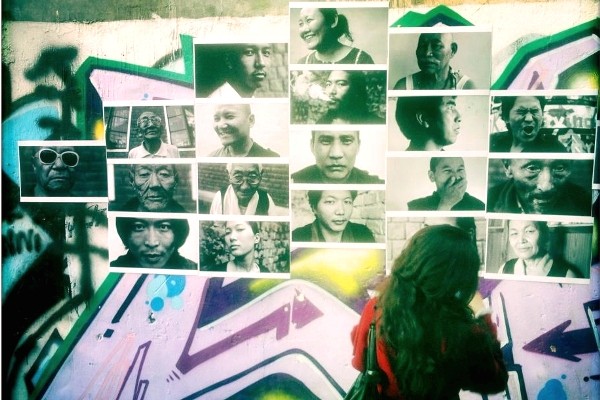 In 2011 I began making a film about a mental asylum in the desert run by its own patients in Juárez, Mexico, the world’s most violent city. I had full access to the asylum and its 120 patients. Filming there was the most exhilarating experience of my life.

In 2012 I returned to film with the need for more story. I was simultaneously applying for funds and spending my own money on the project. I had a trailer, a website and I pitched it at festivals but potential investors weren’t enthusiastic. I was told that audiences wouldn’t be interested.

My main character had a daughter in the US. They hadn’t seen each other for 25 years. Out of nowhere, the daughter contacted me after finding my trailer online. She wanted to know what her father was doing in a mental asylum after she had been told he was dead. Everyone was amazed by this news and the story of the film suddenly transformed into a family reunion. I was the catalyst.

Although I had to pay for two more trips to Mexico to finish filming, I continued to apply for funding. My final visit turned into a harrowing experience of multiple deaths, illness and financial pressure. I couldn’t go back. But I did succeed in filming the father and daughter together.

In 2013, I was offered £25,000 by an Italian broadcaster, but the offer was then withdrawn. I needed to pay an editor and so I crowd-funded, raising £10,000 from my friends and future audience members. Then a film distributor offered me £40,000 for the rights to the film, but their main trade was selling Justin Beiber specials and football programmes. I asked how a film about mental patients in a desert asylum fitted into their schedule but I didn’t get a straight answer and so refused to sell them the film.

Eventually two broadcasters invested £11,000 as a pre-sale but by this time I had spent £20,000 of my own money and hadn’t been paid for a single day’s work. I spent the following year receiving rejections from festivals until I was finally invited to screen the film in San Francisco. I used this as an excuse to return to the asylum and show the film to the patients. Then it was screened in Texas, Mexico, Germany and elsewhere, the highlight being to win the prize at the Scottish Mental Health Film Festival.

By the end of 2015 I released the film on DVD with over 100 minutes of extras. There is a book ready for publication. I’m selling the film online and seeking a non-exclusive distributor as I write. The outlets for films today are fragmented and no single distributor can cover all the possible routes to market.

Clearly, I didn’t do any of this for the money but, like never before, I’ve had to think why I do what I do. I chose my own course and I’m confident the film will stand the test of time. It was the only real sustenance on offer.

Now, audiences all over the world applaud the experience of watching Dead When I Got Here, as extraordinary and soulful. But I still get brusque rejections from programmers and sales agents with their ‘this is not a good fit’ market speak. If you want funding and distribution for a film they are the obvious first people to go to but, in many respects, they are the worst possible audience to appeal to. They’re mostly driven by money, power and career aspirations. You’re fortunate if your work fits their agendas. They specialise in sales and promotion. They follow trends. But consider why you so often feel short-changed after watching a film. Sales and marketing has triumphed over the potential for deeper meaning.

My audience is curious, open minded. Like me, they want meaningful experience from art they engage with. They want something new and vital. I don’t believe that trying to define my audience more precisely to marketing people while making this film made any difference to the outcome. To quote Pere Ubu’s David Thomas, ‘Ars longa, spectatores fugaces’ – ‘Art is forever, the audience comes and goes.’ Integrity is in the work. If that’s what you care about then you need look no further. 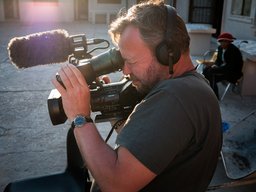 Mark Aitken was born in New Zealand, raised in South Africa, and studied art in the UK. He established his practice using film, photography and writing to explore pathos and empathy. He is working on a new series of photographs called Sanctum Ephemeral about the lives of Londoners being displaced by property developers.

The creative economy is generating many new business and finance models, driven in part by the rapid development of the digital world but also because of its social and cultural significance and its ability to find innovative solutions to long-standing problems.Read more »