Just as in many other countries, people in Brazil are not waiting for government or business to produce solutions for the needs of society in the digital age; they’re being creative and developing their own solutions. 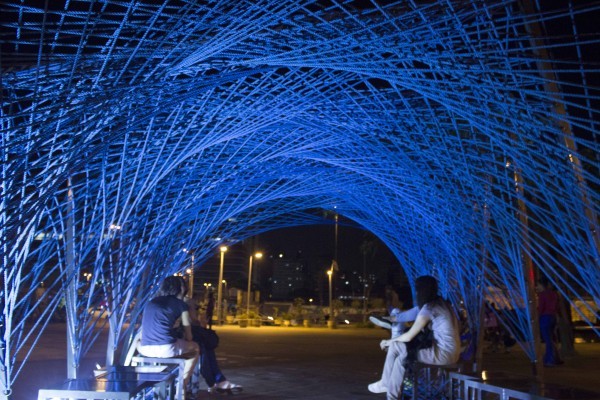 They say the Brazilian passport commands a premium on the black market. Why? Because whatever name and photo you put in, it’s still going to look legitimate. The country’s diversity is overwhelming. Countless ethnicities, religions, musical traditions and flavours run together in a playful mashup of cultural references. Candomblé, Capoeira and Bossa Nova are just a few examples. This syncretism gives the freedom to pick and choose what works best for a particular situation, giving the Brazilian people a rich repertoire for creative thinking and a natural openness to new ways of seeing the world.

Centuries of chaos and bureaucracy in the formal economy have also forced a culture of improvisation, making Brazil the land of “ginga” (dexterity in football, or life) and “gambiarras” (makeshift solutions). The São Paulo-based Instituto A Cidade Precisa de Você (The City Needs You Institute) is an example in its most refined state. This grassroots collective is one of many groups in Brazil redesigning public spaces from the ground up. During the Sustainable Cities Summit at the United Nations last year, they shared how they were solving big city problems without necessarily asking for permission.

As a developing market full of inefficiencies, Brazil also has plenty of low-hanging fruit, yielding innovation focused on real world problems. That’s the case of Geekie an online adaptive learning platform that puts the student’s needs first, which has already reached over three million poor and middle-class kids. Geekie is a fast-growing company that is revolutionising Brazilian education, leading to its selection as one of WIRED’s UK Innovation Fellows last year.

Another key ingredient in this creative stew is the social factor. Brazilians consistently rank among the most engaged users of Facebook, Whatsapp and other social media platforms. This social superpower, if harnessed intelligently, has huge potential for collaboration and collective problem solving. We’re already seeing young Brazilian innovators incorporating that potential into their business models, including Bliive a timesharing platform incubated by the UK government’s Sirius programme. The notion that resources multiply when shared is a paradigm shift that traditional industries have been slow to understand, yet it is crucial to a healthy creative economy.

After a decade of stability and growth, Brazil’s economy is now suffering from a political crisis and falling commodity prices. At the same time, millions of young Brazilians, the country’s first internet connected generation with unprecedented access to education, are just starting their productive years. And they refuse to take their places quietly in someone else’s hierarchy. The movie “Second Mother” is essential viewing to understand the social friction at work.

Regardless of the difficult moment, all of the factors are in place for creative social innovation in Brazil. So expect more inspiring examples to come.

In fact, at The Mob we’re betting on it. We find these change makers with innovative projects. We help them disseminate their ideas, through speaking engagements and workshops, empowering them with visibility and new sources of revenue, while helping traditional organisations understand the cultural transformations ahead. 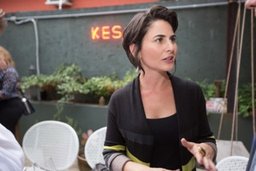