The creative economy not only requires new and rapidly changing skills, it requires a completely new approach to education in which collaborative learning and mutual respect between the traditional disciplines of arts, science and technology will be crucial. 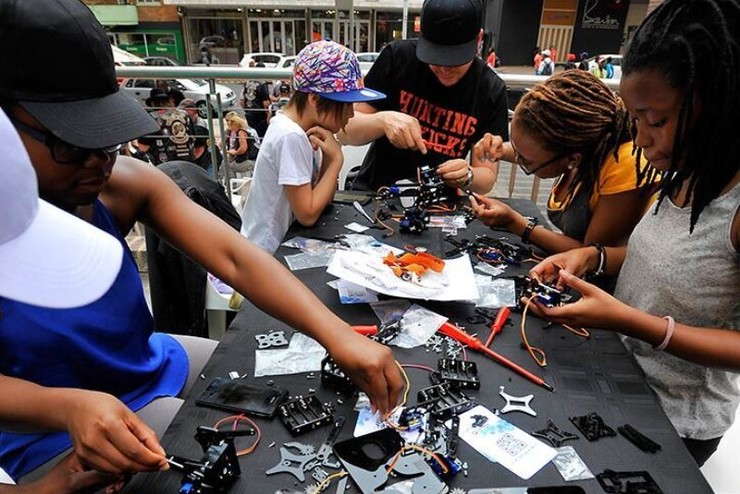 It’s often said that the world is changing so fast that schools and universities have to educate young people for jobs that haven’t yet been invented. This is certainly true of the creative sector where growth and development are especially rapid. It is not simply a reference to rapidly changing technologies but to the fact that if young people are to look forward to good quality lifelong employment they will have to be learning new skills and work practices throughout their working lives. Rather than learning a fixed body of knowledge or a particular set of skills, they need to be able to “learn how to learn” so that they can go on learning throughout their lives. Adaptability, flexibility, the ability to learn fast, to communicate effectively, to work in changing ways with changing teams of colleagues are all likely to be necessary skills for the future and yet few education systems are working with those priorities in mind

The importance of creative education

A creative education that gives children the ability to express themselves and to appreciate the creativity of others is not only a good preparation for work, it also helps children acquire confidence and tolerance, to have a better appreciation of the world and their own and other peoples heritage. Most importantly, it can encourage them to be more aware of and to express their own creativity and develop whatever talent they have, for their own enjoyment and, potentially, for the benefit of the economy and society at large. However, many governments are focusing their education systems more and more intensively on science, technology and mathematics in the belief that these are the skills that are most needed for a hi-tech ‘knowledge economy’. In an era of mass education and globalisation, these ‘hard’ skills are also much easier to assess, to grade and compare with other countries and other education systems than the ‘soft’ skills that make for a more ‘rounded’ education system and a more balanced and mature adult. A highly influential report commissioned by the UK’s Warwick University in 2015 stated “A quality, cultural and creative education allows people to develop rich expressive lives, and it is essential to the flourishing of the UK’s cultural and creative identity and the cultural and creative industries that this opportunity is not limited to the socially advantaged and privately educated. This is a fairness, equity and economic imperative.” The issue is not whether the arts and humanities are more important or less important than science and technology; both are necessary for a full life, a harmonious society and, increasingly, a successful creative economy.

One powerful piece of evidence came from a project undertaken by the UK’s Arts and Humanities Research Council (AHRC) in 2014. Their FUSE project examined more than 450 creative digital media businesses in and around the city of Brighton in southern England and found that businesses in which employees from an arts and humanities background worked as equals with employees from a science and technology background were growing faster than companies in which either group was allowed to dominate the other. The greater the degree of integration between the arts and science disciplines, the greater the company’s growth. The report concluded “While Brighton’s creative, design and IT firms grew faster than the local economy and ten times faster than the British economy as a whole, ‘fused’ businesses grew at more than twice that speed and ‘superfused’ firms grew faster still.”  Not only did this demonstrate the value of maintaining a balance between different skills, it illustrated the truth that a diversity of skills and perspectives is, of itself, an important element in building a successful successful creative economy. Cities and neighbourhoods with a rich diversity of people and cultures are much more likely to be centres of creativity than those that are monocultural or are lacking in a variety of social and cultural amenities. The benefit to creative businesses of a diversity of perspectives, of different kinds of skill and knowledge, is so great that in its report for the UK Government The Way Ahead (2007) the Work Foundation argued that “diversity is more important than ability”.

The value of ‘cross-sector’ and ‘cross-disciplinary’ working

This, in turn, points to the fact that working across sectors that traditionally have been seen as separate has been crucial in the evolution of the creative economy and its core industries. For example, in areas such as health and education there is a growing recognition that the arts and the creative insights of professionals working in software, videogames and other creative industries can provide valuable insights that enhance the work of conventionally trained clinicians or educationalists.

The benefit of such ‘cross-overs’ is nowhere more obvious than in the field of design. Design as a discipline has traditionally been thought of in terms of product design but, in urban societies and modern economies, the design of systems and processes is also essential for good business management, traffic management, city planning, food supply, civic engagement and many other areas.  In 2016 the European Commission offered a tender for design companies to help rethink the way in which policies are designed and implemented in the European Commission and Parliament – a powerful illustration of the way in which creative industry skills are spreading into every corner of the modern world. Indeed, research suggests that the fastest growing area of activity for many creative industries is in ‘B2B’ (‘business to business’) relationships, not ‘B2C’ (‘business to consumer’) relationships. In other words, the creative industries are no longer just creating products and services for direct sale to individuals, music, films, fashion, they are becoming vital links in the supply chains of other industries, for example through advertising and design and in the work of the public sector.

This mix of disciplines that have traditionally been regarded as distinct from each other is a challenge to the way in which much higher education is organised. Another research project by the UK’s Arts and Humanities Research Council, looking at the relationship between universities and the growth of creative businesses in their regions, led to what one university described as “a new kind of PhD”, post-doctoral academics who had a deep understanding of the practicalities of the business world and the commercial workshop as well as an advanced grounding in the traditional analytical methods of the academic world.

Practical ‘making’ is a crucial part of the creative economy

The 18th century Swiss philosopher and rationalist, Jean-Jacques Rousseau, famously wrote “If, instead of making a child stick to his books I take him to a workshop, his hands work to the advantage of his intellect, and he becomes a philosopher, while he thinks he is simply becoming an artisan”. This observation, from the early days of the European Age of Enlightenment, speaks well to our present situation as we begin to reconnect fields of study and expertise that have been allowed to become separated into specialised silos over the last 200 years. It is exemplified by the rapid growth of the Maker Movement and is a reminder that learning practical skills in a working situation such as a workshop or studio is an important complement to formal learning in the classroom. It is also a reminder that the creative economy is not solely predicated on digital technologies but on individual creativity and talent. In many creative industries where new ideas, new ways of working and new technologies are in constant flux, the apprenticeship model of learning may be the most effective, allowing the opportunity to learn practical and theoretical skills at the same time. However, while the apprenticeship model is easy for large businesses that can absorb the costs of relatively unproductive trainee workers, it is much more of a challenge for very small and micro-businesses that make up such a large proportion of the creative sector and often operate on very slim financial margins.

The key for any country aiming to build long-term success in the creative economy is what happens in schools at primary and secondary level. The UK government’s Creative Industries Council in its fist strategy outline for the UK economy, Create UK published in 2014 identified three basic issues that need to be addressed in the UK, and almost certainly in many other countries, too, “Marginalisation of creative subjects from the curriculum, insufficient specialist training for teachers and a lack of consistent careers advice are discouraging young people from following a creative path”. 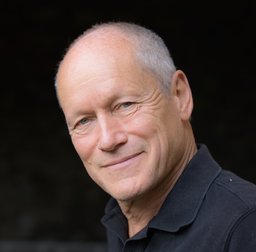 A party with a purpose
Yemisi Mokuolu and Kofi Deborah
Go make something! The growth of the Maker Movement
Declan Cassidy
Innovation comes from communities
Charles Leadbeater

A party with a purpose Go make something! The growth of the Maker Movement Innovation comes from communities