Clusters are at the heart of the creative economy

Digital communication means every business can be a global business, but even the most hi-tech sectors benefit when companies work in physical proximity. The informal conversations that take place in the community, can all contribute to a rapid and productive exchange of ideas and skills. 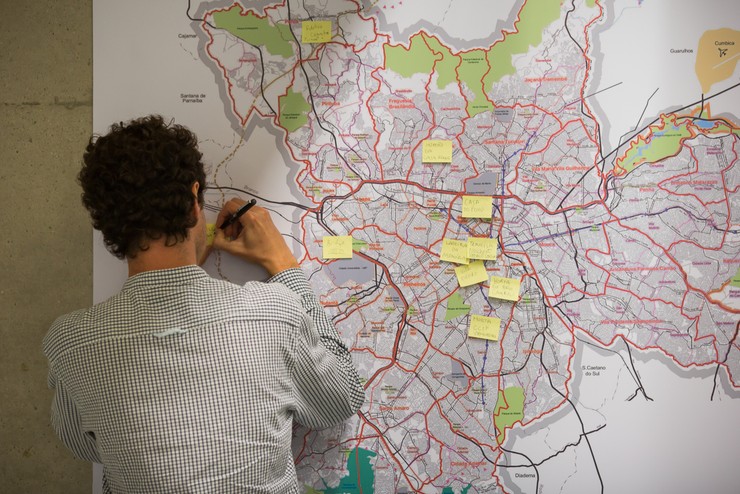 Over the last ten years governments around the world have made an important shift in their economic perspective. Instead of looking to corporate giants as the mainstay of future growth, the focus has shifted to start-ups, entrepreneurship and the creative sectors. These are now recognised as the economy’s most sustainable sources of dynamism, innovation, employment and value creation.

As a result of this shift governments everywhere are now working to understand what measures they can take to support entrepreneurship and help more businesses to scale up and become successful. Central to this is a recognition of the strategic role played by innovation clusters. An innovation cluster is like a petri dish, providing a nutrient-rich habitat where new creative ventures can germinate and flourish before expanding into the wider world.

There’s nothing new about clustering as an economic and cultural form. From ancient China to medieval Italy trades and crafts have frequently organised themselves into geographical concentrations. But innovation clusters differ from their historic antecedents in several important respects. They are more complex, often combining several different sectors, and they evolve much more rapidly, continuously changing their shape and character in the process. This complexity and constant evolution make innovation clusters impossible to plan or manage in the conventional way. Cities and governments striving to develop new innovation clusters therefore find themselves in need of a completely different strategic approach.

Ten years ago London didn’t have any recognised innovation cluster. It was clear this was holding back the development of the city’s entrepreneurial ecosystem. In 2007 I began pressing policymakers to look at the district of Shoreditch which I felt offered London’s most promising focal point to seed a cluster that could spread across North East London. Artists had started moving to Shoreditch in the 1980s, followed by fashion designers, product designers, web businesses and finally software start-ups. There was a huge amount of creative activity and a free-flowing collaborative culture, but very little structure and no government recognition.

It seemed to me that creative hubs offered the most powerful strategic tool to consolidate existing activity and accelerate the emergence of a recognisable cluster. In the simplest analysis a hub provides facilities needed by small creative enterprises on flexible, affordable terms. However in the context of an innovation cluster a hub plays a much greater role. It generates vital social capital by building communities, collaborations and friendships. It creates sectoral hotspots which attract the most talented entrepreneurs in a particular field. Hubs provide a stable foundation in the shifting fabric of a cluster.

In 2009 I founded The Trampery with a mission to develop a network of creative hubs across east London. My ambition was to underpin the formation of a distinct East London innovation cluster spanning software and the creative industries. The first Trampery site was at Dereham Place in the centre of Shoreditch. This was Shoreditch’s very first workspace dedicated to start-ups. Today there are more than thirty. Subsequent Trampery sites were opened in strategically chosen locations across East London and focused on sectors we believed were particularly significant for the cluster.

Between 2009 and 2015 The Trampery developed a total of seven buildings in east London including dedicated incubators for software, fashion, digital arts and travel technology. We partnered with leading organisations including the Barbican, Groupe Publicis and London College of Fashion. Meanwhile in 2010 the UK Government launched the Tech City initiative promoting an east London innovation cluster centred on Shoreditch.

The Trampery is now taking its experience from London and working with other cities around the world to help them cultivate new innovation clusters. In 2015 we began a project with the City of Oslo in Norway to help catalyse the city’s rapidly-growing innovation ecosystem around a distinct innovation district in the Tøyen neighbourhood to the east of the centre. Similarly to London, the development of creative hubs will play a central role in this initiative.

Back in London The Trampery is once again pioneering a new model for cluster development. In March 2016 we announced “Fish Island Village”, a partnership with social housing provider Peabody Trust to develop the UK’s first integrated complex providing both housing and workspace for creative entrepreneurs. The project, on a six-acre canalside location in Hackney Wick, will provide 580 apartments, 4,500 square metres of studios and workspaces, a theatre, a fabrication workshop, a members club and a bar/restaurant. Fish Island Village will open in late 2018.

I believe that integrated live/work developments like Fish Island Village hold the key to a new generation of supercharged hotspots bursting with innovation and creativity. The design and operation of such facilities will need to change significantly to work in different cities and cultures but the opportunity is universal. This is the most exciting period in several centuries to be involved with real estate, urban planning and innovation. Working with cities and partners I believe we can achieve amazing things in the coming years. 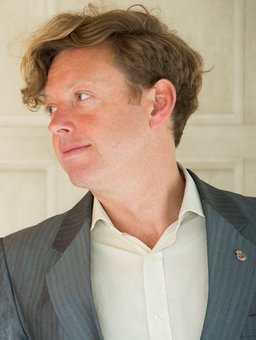 Charles Armstrong is a sociologist and entrepreneur who founded The Trampery, providing workspaces and housing for the creative industries.

Why are successful creative businesses often found clustered together in a particular neighbourhood or district, sometimes with a single building or business acting as a ‘hub’ at its centre?Read more »