"Talent is everywhere, but opportunity is not" Q&A with John Newbigin

John Newbigin talks to the Brazil Ministry of Culture about the value of the creative economy, ahead of the DICE scoping visits and the first Brazilian Creative Industries Market (MICBr) business event. 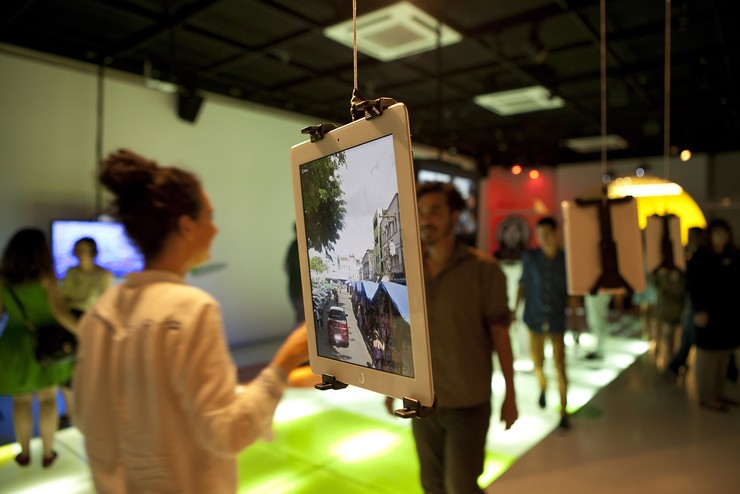 Why is the Creative Economy important for our future and what are the main benefits and challenges of developing and investing in this sector?

The creative economy should be central to the strategy of every country. It’s one of the fastest growing sectors of the global economy, and that is true in every region, not just in Europe and North America. More importantly, it generates jobs, jobs that young people want to do and that robots can’t do; one of the strengths of the creative industries is that they depend on human creativity and emotional intelligence, they are not jobs that machines can do. In economists’ jargon, they are labour intensive, not capital intensive. The head of the UK’s biggest telecoms company joked that you don’t need a lot of money or a lot of qualifications to start a job in the creative economy, you just need to be smart and have a smartphone!

Creativity and creative thinking are vital to all our futures because we’ve got massive problems in our huge mega cities; housing, pollution, transport, water and energy services and we have to think in radical and creative ways about how to solve these problems. And, finally, we’re destroying the planet on which we all live. We can’t go on being so reckless. It’s often said that if oil was the fuel that drove the world’s economy in the 20th century, it will be creativity that drives it in the 21st century; the difference between the two is that the more oil we use the less we have, and the more damage we do to the environment, but the more creativity we use, the more creative we become and the quicker we get answers to the big existential problems we face.

Do you think the importance of the creative economy is been acknowledged on a global scale?

No. It’s a slow process, but more and more countries are waking up to this new reality. In China, one of the government’s slogans for economic growth is to “move from made in China to designed in China”. They understand that it’s better to be the person who has the ideas and owns the idea than the person who makes the articles. If you buy an iPhone, about 60% of the price goes to Apple, who designed it; only 6% goes to the company in China that has actually made it. Intellectual property is becoming more valuable than physical property.

You are the CEO of Creative England. Could you tell us a little bit about the organisation and its' work?

In England far too much power and wealth is sucked into London so when we started Creative England we said we would only work outside London. Our mantra was “Talent is everywhere, but opportunity is not” and that’s exactly what we’ve found.There are talented people with great ideas in almost every community but often they do not have the money, the networks and the confidence to put their ideas into practice. So, as well as investing money, we connect them to markets and networks and try to give them the confidence to step out into the world. Another thing we decided was that the money the government gave us to give out as grants to small businesses, we would only give out as loans. The result has been that the companies we invest in have to manage their finances more carefully, so they have a much better chance of sustainability and we get the money back and can then invest it in another business, so our funds also become sustainable.

Do you think some of the successful UK initiatives could be applied here in Brazil? If so, could you give us some examples?

One of the truths of the creative economy is that no two places are alike; each city. each region, each country is different and has to build on its own creative traditions, its skills, its heritage, its culture. It’s like growing a plant, success depends on the climate, the soil, the amount of rain, no two places are the same. Of course it is good to exchange ideas and learn from each other but each country has to find its own way. The important thing is to look at what is distinctive and creative in your own community. The most recent United Nations report on the global creative economy observed that the most successful creative polices are those that are based on looking at a city or a community’s assets and strengths, not at its needs. You start with people’s creativity.

But one thing we from Britain can do is to help open up opportunities for young people from marginalised communities who have talent and creative ideas but don't have the means to pursue the careers they'd like to. The British Council has launched a major new initiative in Brazil called Developing Inclusive and Creative Economies (DICE), which encourages young creative entrepreneurs to have the confidence to establish their own enterprises. We're keen to share the experience we’ve gained with Creative England and many other initiatives in the UK and internationally to help you support young entrepreneurs in Brazil.

How do you think Brazil could explore more and in a better way its creative economy?

I don’t know Brazil well enough to answer that question but what I do know is that you have a rich creative culture that is recognised all around the world. To compete in the global economy I don’t think you have to be the same as everyone else, in fact it’s the opposite. You have to be different, you have to be distinctive. A creative economy in Brazil can only be built on the culture and skills of Brazilian people. That’s what a truly creative economy is. It’s not like a car factory or a clothing factory that can be moved anywhere in the world where labour is cheap and regulation is weak. Creative industries grow from people’s hearts and minds. Of course, that also means you need schools that encourage children to be creative, to think for themselves, to share ideas, to experiment. That’s what successful countries are doing. But too many education systems in the world are going in the opposite direction. Instead of driving forward into the future, they’re trying to drive backwards to the past, preparing young people for an economy and a society that no longer exists. That means they’re going nowhere.

You will have a presentation during MicBR, in São Paulo. What can we expect from that keynote? What do you think of having a whole event dedicated to the creative economy in Brazil?

I think it is wonderful to have such a high profile event celebrating creativity and the potential of a creative economy. It encourages investors, entrepreneurs, government officials, academics, perhaps even politicians, to recognise this it has the potential to be a huge asset for Brazil, for Latin America and for the world.

John is in Brazil to attend MICBR, Brazil’s biggest creative economy festival, and to accompany a delegation of UK creative and social entrepreneurs as part of our DICE programme. He granted this interview to Brazil’s Ministry of Culture and it is republished here with permission. Read the Portuguese version here.

The Ministry of Culture (MinC) and the Brazilian Trade and Investment Promotion Agency (APEX-Brasil) are holding the first Brazilian Creative Industries Market (MICBr) business mega-event, in the city of São Paulo,  bringing together hundreds of companies and thousands of entrepreneurs and creative minds from the cultural and creative sectors within and outside Brazil. MICBr will take place from 5th - 11th November, in the Avenida Paulista cultural corridor, and aims to promote the international dissemination of Brazilian cultural productions and exchange between countries, particularly within South America. 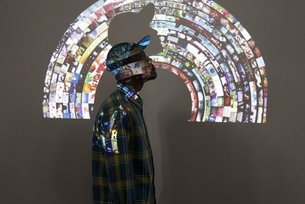 Aanu Ayoleke, founder of The Whisperer, participated in the Creative Enterprise Programme in Lagos, Nigeria. Here, she describes her experience and what she learned during the three day workshop.

How Armenia is prioritising the creative economy agenda

On 29 and 30 April 2019, a Policy Dialogue was held in Yerevan, Armenia to discuss how to practically support the development of the cultural and creative industries.

Does your organisation support the growth of creative or social enterprises? Do you have a passion for international collaboration? We want to hear from you!