Over 200 budding creative entrepreneurs applied for 25 places on our Creative Enterprise workshop in Istanbul. Workshop leader Philiy Page reflects on building networks of creative people through sessions like these.

I had visited Istanbul as a tourist about 5 years ago, but it is always a fascinating experience to land in a place and be introduced to a city via the locals. You see a true representation of the country through the local’s eyes and my first impression of Istanbul was a very positive one. The city has undergone a transformation, with lots of building work taking place and a new road infrastructure. Many of the beautiful ancient buildings are being repaired and turned into art spaces and new apartments. It felt like Barcelona in the early 1990’s, full of promise, creative young people, and beautiful coffee shops opening on every corner. 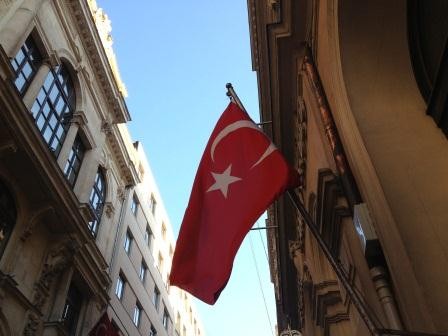 Turkey politically at the moment is in an interesting place. I arrived shortly after the elections and the participants told me that the Government had 45 days to decided if they were going to form a coalition or not. This was a hot topic of discussion for the creative entrepreneurs, as some of them had acted as volunteer monitors during the election, and some people were delaying making big business decisions until they saw the outcome of Government. Others discussed the benefits of having no Government at all for the next 45 days. It was a very interesting time to be on the edge of the world where the West meets the East. 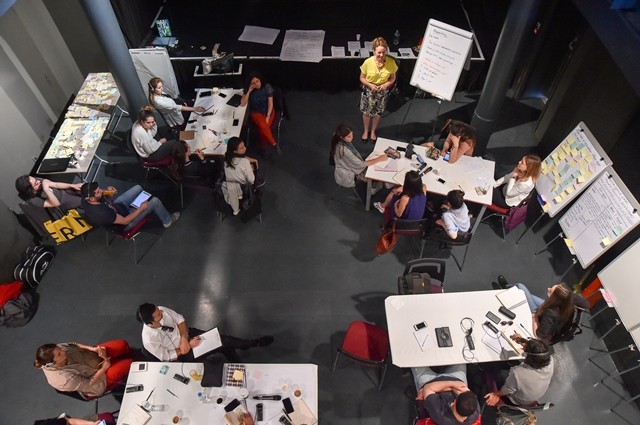 The participants were very shy on the first day and very wary of discussing creative ideas with each other. A quick walk around the markets at night helped me to understand the reason why. Turkey is sadly renowned for plagiarism and lots of fake designer brands covered the markets. My job is always to create a safe-space so that the participants can discuss their ideas freely without fear of ridicule or plagiarism. After my night walk around the market, I returned to the workshops with new knowledge of the culture I was working in. I had even found a small design brand that I first discovered in Delhi being copied onto T-shirts in one local store. The only positive thing that I could think of is that imitation is the greatest form of flattery!

I had done some research before I travelled to Turkey and they do have copyright and patent laws. They are meant to adhere to the rules of WIPO (World Intellectual Property Organisation), and a few of the participants had lodged patents with the Turkey patent office. www.turkpatent.gov.tr They said that they were always able to get through on the telephone and that the staff were helpful and efficient. Good news for Turkey if they can get the whole of the country to respect the IP of their young designers and artists. 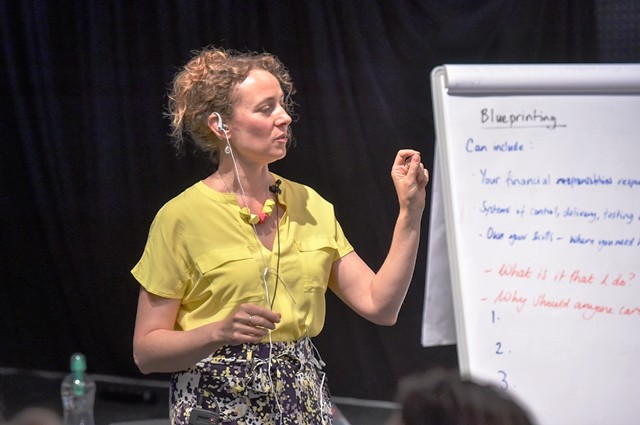 Once the participants learned that we were not there to steal ideas from each other, but to help and collaborate, the atmosphere for the next 4 days was wonderful. This has been the most supportive group I have had the privilege to work with. I always get one of the participants to create a private Facebook group on day one so that they can share photographs and information during the workshops. The idea being that they will form a strong network, which will continue to grow when I am no longer there to facilitate it. By day 3 we already have over 100 photographs shared! 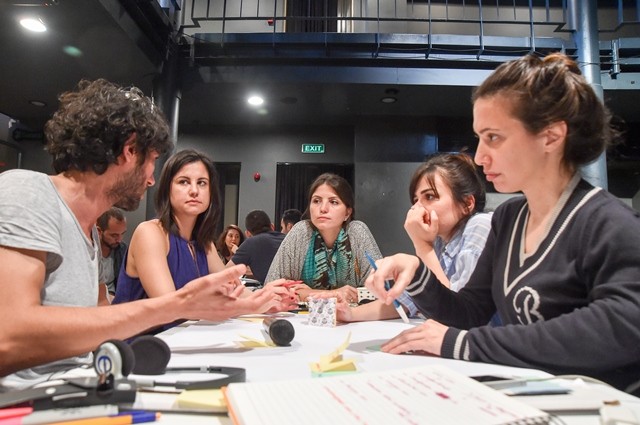 The group behaved very professionally throughout the five days and was very impressed with the standard of start-ups they had created in such a short amount of time. One that really stood out was a maternity clothing company called Hooyo set up by Ebru Alkanat and her business partner. In 3 short months they had a website and were selling their goods on some of the top pregnancy sites in Turkey. An amazing feat! Others were only at idea stage, but open to adapting and pushing their ideas into new territories. 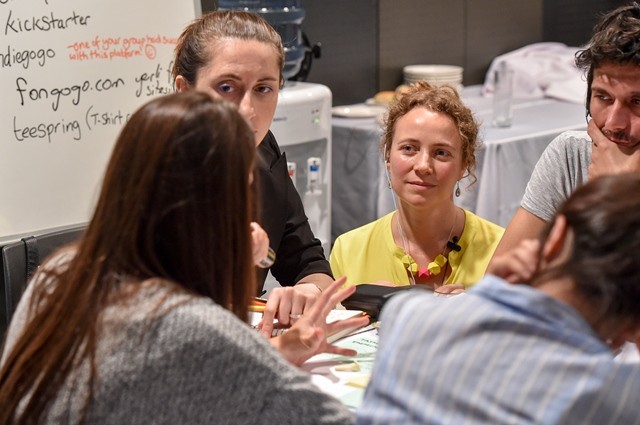 By the end of the five days I was so impressed with this group and truly believed that they would all be successful. There was no one that I didn’t think could turn his or her creative ideas into a successful business. A first for me as there is usually one or two that decided this isn’t the career they want to follow, and I’m always grateful they discover this during the workshops rather than after investing lots of money into a new venture. I see that as a successful outcome as well.

Philiy Irish-Page is one of our Nesta Creative Enterprise Toolkit trainers.  She brings her background in film, photo journalism and social media marketing to her training workshops.  She also runs Creative Women International, a global, supportive, networking and training group for creative professional women.

The Creative Enterprise Programme supports people to set up and build sustainable creative and cultural businesses. 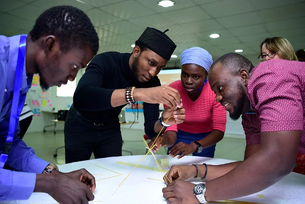