unMonastery: A Social Clinic for the Future

"The unMonastery is a social clinic for the future... aimed at addressing the interlinked needs of empty space, unemployment and depleting social services by embedding committed, skilled individuals within communities that could benefit from their presence" - unMonastery website

"The unMonastery: a commune for the internet age" - Dazed Digital 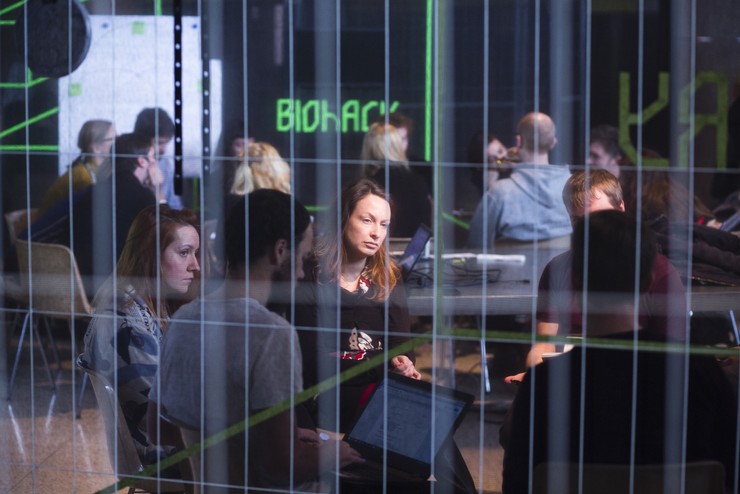 unMonastery initiated a gathering and regrouping of its respective networks, collaborators and allies at Transmediale Berlin.

The unMonastery concept develops both physical and conceptual spaces to project a better future in which we wish to live together.  It seeks to enable greater participation in the construction of that collective vision and is envisioned as a place for people and groups on the fringes of society, who normally have no common interface (citizens of small towns on the periphery of Europe; nomadic web developers, artists, appropriate technologists, truth seekers), to interact and work together to address concerns both on the local and global scale.

The unMonastery model is executed through a collaging of existing resources; unused buildings; idealistic, highly skilled people who are reluctant or unable to join the job market; open source culture; design patterns for sustainable living; with a view to addressing diverse contemporary issues such as depletion of a skilled workforce in remote areas, youth unemployment, the attrition caused by automation, the retreat of the state, sustainable development and social cohesion. 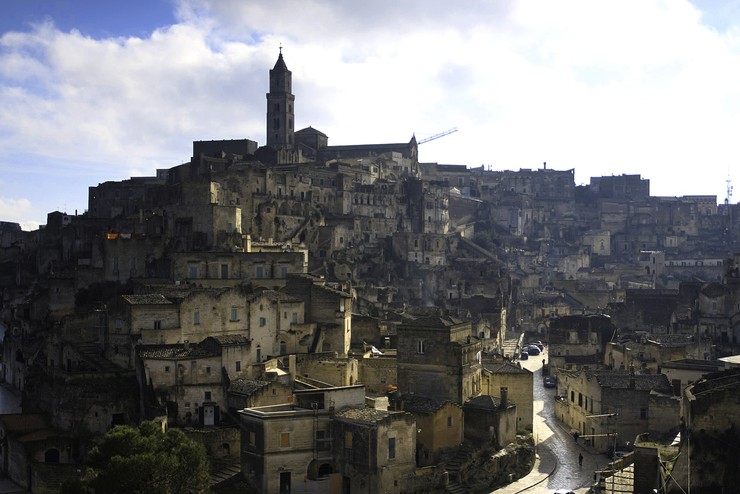 The concept has travelled a long way from its initial birth in 2012 at a gathering of internationally networked misfits, convened by EdgeRyders to focus on ‘Youth Transition in Times of Crisis’ at the Council of Europe in Strasbourg. This meeting would be the catalyst for an urgent investigation and attempt to reimagine what Monasticism could look like in the 21st Century.

We accept at this point in history that retreat is as legitimate as growth.  We believe that models of collective effort may provide a path of optimal lowered consumption; that a synthesis of urban and regional survival strategies might provide a platform for future life; that 'frugal abundance' can be an attractive strategic goal that provides in itself significant emotional satisfaction for those who choose to participate. 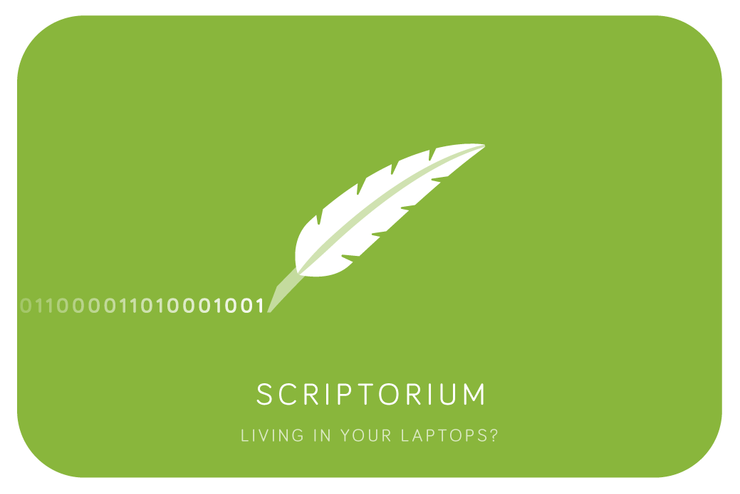 The first unMonastery prototype opened its doors in Matera, Italy, in February 2014, as one of the pilot programmes brought in to support the city's bid for European Capital of Culture 2019.  Twelve unMonasterians were housed in one of the magnificent buildings of the Sasso Barisano, and given funding for 4 months. During that time we tracked our consumption (food, electricity, water) and lived by strict Zero Waste principles while working on an exhaustive number of projects that ranged from building solar trackers, coding classes to experimental walking ethnography.

In line with our historical ancestry and the metaphors from which we draw, we documented and scribed meticulously every aspect of our daily life and work during the prototype, from parchment to wiki, from vespers to GANTT chart. Our frugality ensured a reduction of our expenditures by a third, enabling a three month extension of our work in Matera. Perhaps most usefully we also catalogued the mistakes we made, in The Book of Greater and Lesser Omissions, in the hope that those who follow in our footsteps might avoid our less forgivable errors. 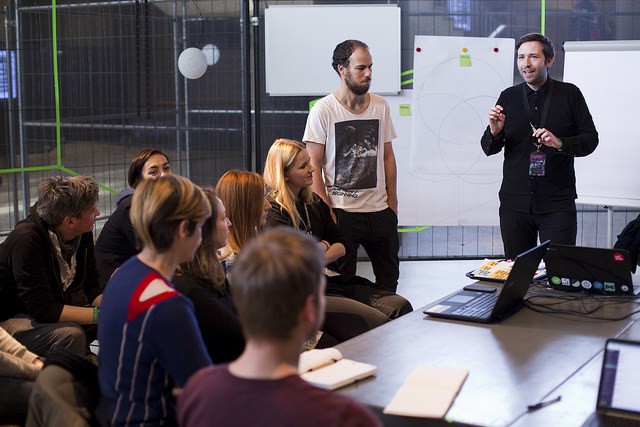 The almost religious zeal with which we documented our habits, were motivated with the desire that our work was to be replicable and open source. In the months that have passed since putting unMonastery Matera into a state of hibernation, after the city was declared European Capital of Culture for 2019, our focus has been on the development of a toolkit.

The kit, known as The unMonastery BIOS, developed in collaboration with Near Now, is composed of the aforementioned Book (our critical and self-reflective history), a Process Map (a step by step guide to setting up an unMonastery) and the unMonastery MethodKit (a collection of essential unMonastery concepts), augmented by the Stakeholders Handbook, a short compendium focused on the future rather than the past. 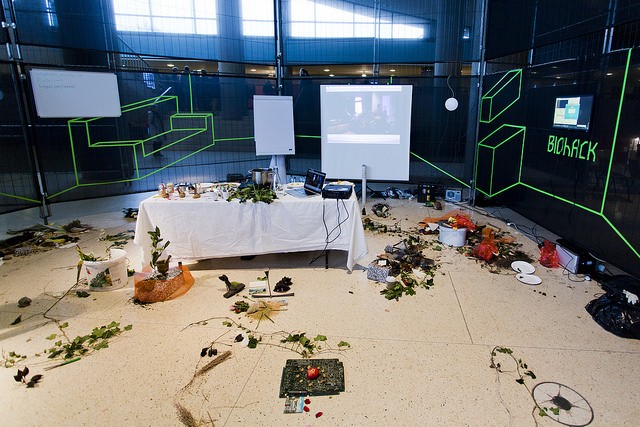 Recently the unMonastery descended on Berlin, for this year’s Transmediale: CAPTURE ALL, where we were invited to initiate a gathering and regrouping of our respective networks, collaborators and allies for the first Global unMonastery Summit.

The Summit was a trilogy: a gathering at an apartment complete with BioHack Lab, a public programme in the foyer of Transmediale and an offline network intended to connect both sites and disseminate the release of The unMonastery BIOS. In the nights leading up to Transmediale we hosted a series of Open Dinners at our apartment, tackling subjects from Precarious Labour, Universal Basic Income through to Open Funerals; a new format for laying dead projects to rest.

The concerns and themes of Transmediale: CAPTURE ALL - surveillance, big data, commons, privacy, sustainability, security - overlapped significantly with the core issues which prompted the unMonastery’s initial impetus. Whilst the conference dealt with the looming terror of the not-so-secret surveillance state, the quantification of self through data and algorithms - the exhibition and foyer programme that hosted the unMonastery looked to identify and seek out pragmatic routes away from our current predicament of total data capture.

We invited our close collaborators and friends to join us in a series of workshops and presentations to interrogate a broad spectrum of concepts, from networked barter to new forms of custodianship.

As might be expected, we made sure to rigorously document each session for later reflection and interrogation. Highlights included a gathering of artists and engineers brought together to discuss the latent potential in mobilising infrastructure space, a glimpse into the future of blockchain technologies with the Ethereum Project and an examination of contemporary custodianship.

As part of The unMonastery BIOS individual unMonasterians transversed the venue with lime green card deck in hand meeting the good people at Transmediale one to one, offering in each encounter a tarot reading. This was a simple storytelling exercise that would reflect a possible scenario or experience of living a cycle in a not yet specified unMonastery. The personal meetings that transpired provided a personal interface that won us friends for life.

Ben Vickers is on of the Initiators of unMonastery and, amongst many other things, is Curator of Digital @SerpentineUK, Kei Kreutler is an artist/researcher and Katalin Hausel is an artist; together they represent 13% of the unMonastery project.

The 2016 Global unMonastery Summit will gather in the city of Athens, Greece.   If you would like to participate in the unMonastery project please see the expression of  interest application here.

We brought creative innovators from all over the world to Manchester to take part in a lab about civic resilience. A partnership with FutureEverything. #digitalinnovation 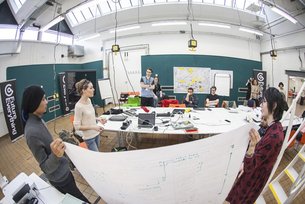