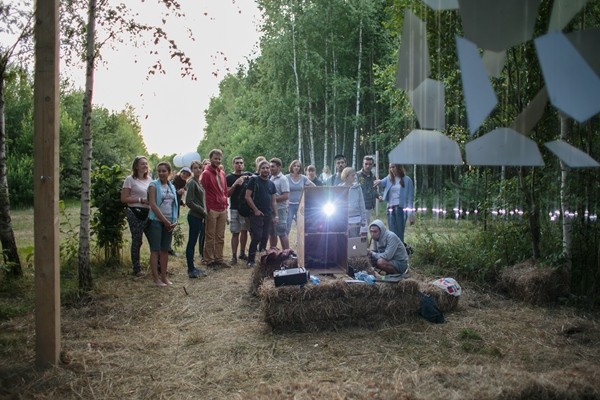 We took Manchester-based digital disruptors FutureEverything to Moscow and worked with them to co-produce a series of events, workshops and exhibitions exploring new ideas for the future.

The programme kicked off with a series of hackathons, exhibitions and music events in Moscow in mid-November 2014.  The winners of the hackathon events then came to the Manchester FutureEverything conference in February 2015 to show off the prototypes they'd made.

FutureEverything Moscow was the culmination of a series of collaborative events celebrating the 2014 UK/ Russia Year of Culture programme.  Other highlights included a hackathon with Strelka Institute for Media, Architecture & Design and a collaboration with Nikola-Lenivets’ Art Park and British-Korean digital duo Kimchi and Chips.

FutureEverything Conference in Manchester – ‘What Now For… Memory and Identity?’

If you missed the FutureEverything Conference in Manchester last month, don’t worry – you can watch the talks here!