We are collaborating with the Creative Industries Policy and Evidence Centre (PEC) on an initiative to apply international insight to the UK’s creative industries. 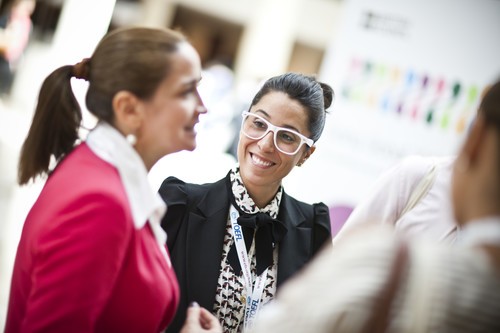 We have convened an International Council on behalf of the PEC, to bring together leading policy and creative economy practitioners from across the world.

The group will share international creative economy policy intelligence and research opportunities, and act as critical friends in reviewing and providing a global perspective on the PEC’s activities.

The International Council plays a crucial role in the PEC’s ability to grow it's evidence base and develop effective policies for the UK's creative industries.

As increasing numbers of governments across the world adopt active policies to support the creative economy in their countries, the International Council will play an important role in helping the PEC learn from that international experience to understand what is best for policy in the UK. The group will provide a unique range of insights drawn from their experiences in their own countries, and will connect the PEC with others to help to fill further gaps in research and evidence.

We have been contributing to a global creative economy agenda for over a decade, with programmes and initiatives designed to harness the collective impact and opportunities possible through thriving creative industries.

The PEC’s International Council is key to our distinctive cultural relations approach to knowledge sharing and strengthening networks. It creates an important global forum not only for the PEC and the UK’s creative industries, but for the sharing of best practice and insight globally.

Avril is an economic sociologist with experience in the field of cultural policy, culture and development and the cultural economy specializing in mapping and measurement, programme design, implementation, stakeholder relations and evaluation. She is currently Head of the Cultural Policy and Management Department at the Wits School of Arts, University of the Witwatersrand in Johannesburg.

Since 2009, Bernd has served as senior advisor at the European Capital of Culture RUHR. 2010, and since 2011 at the European center for creative economy (ecce) in Dortmund. In 2011, he was elected chairman of the European Creative Business Network (ECBN) foundation in Rotterdam.

Chenlin Zhao is the assistant president of SMG Performing Arts Group (SMG Live), a leading company in culture industry in China. In the last 8 years, she has been working as a marketing expert and producer in theatres in China on over 40 different projects including many international projects such as Sleep No More Shanghai, Secret Cinema Shanghai, School of Rock China tour, Chicago China tour.

Daniar Amanaliev studied Financial Management at Saint Petersburg State University of Economics and Finance. He started his career in tourism and after two years became Managing Director for Kyrgyzstan's biggest travel agency and tour operator Kyrgyz Concept. After spending 12 years in this company he left to cofound an art studio. Started with $150 initial capital ololo has evolved into the biggest chain of coworking spaces in Central Asia. ololo now a home for 150+ creative businesses.

Daniar has wide experience in tourism, banking, education. He's a Governing board member in Bishkek International School and a member of  steering group of British Council's Creative Central Asia Forum.

Diana dedicates her efforts to demonstrate the social and economic contribution of cultural expressions in people's lives.  Over the past 15 years, she has coordinated several non-profit and cooperation programmes for the Latin American countries, established bridges between the public and private cultural sector, and shared her knowledge about the creative ecosystem as a university professor.

Edna is an economist who developed her international career of nearly 30 years as a high-level officer at the United Nations in Geneva until retirement in June 2012. Her research and policy-oriented analysis of the creative economy and its development dimension became a world reference.

George is an entrepreneur, arts manager, and the managing partner at HEVA Fund LLP. George is leading an exploration of the creative industries in East Africa, and is providing leadership in creating long-term economic and cultural value in the sector.

John is the co-founder and first Chair of Creative England (from 2011 to 2018).  As Special Advisor to the UK Minister for Culture, Rt Hon Chris Smith MP, he was part of the team that developed the UK government’s first policies for the creative industries in the 1990s.

He is London Mayor Sadiq Khan’s Ambassador for the Creative Industries and a Board member of the London Economic Action Partnership and the Mayor’s Cultural Leadership Board for London.  He chairs the PEC International Advisory Council and the British Council’s Advisory Group for Arts and Creative Economy. He is a Visiting Fellow at Goldsmiths, University of London.

Jairaj is an Innovation Executive at Salesforce.com in India. As part of the Ignite team, he empowers organisations to be more human-centric through digitally enabled experiences for their customers, employees, and partners.

The founding partner of Upstart Co-Lab which is disrupting how creativity is funded by connecting impact investing to the creative economy.

Marcel is a R&I programme designer and manager at the Technology Agency of the Czech Republic. His work focuses on innovative potential of social sciences, humanities, and arts and on gender equality and diversity in research and innovation.

Omar is a practicing architect and urban planner, and the co-founder of CLUSTER, an urban design and research platform downtown Cairo. A graduate of Cairo University, he studied at UBC, Vancouver and UC Berkeley, and taught at local and international universities, most recently as a visiting professor at the University of Sheffield, UK. His work at CLUSTER has been the recipient of a number of awards including Cairo Design Award and Curry Stone Design Price, representing Egypt in a number of architecture and urban biennales in Venice, Lisbon, and Seoul. Nagati is co-author with Beth Stryker of Archiving the City in Flux (2013) and Street Vendors and the Contestation of Public Space (2017), and co-editor of Learning from Cairo (2013), and Creative Cities: Reframing Downtown Cairo (2016), in addition to numerous research papers on Cairo and African cities.

Tita is a product designer and a lecturer and researcher at Bandung Institute of Technology in Indonesia. In 2015, she co-founded the Indonesia Creative Cities Network (ICCN) that connects creative communities and initiatives in more than 200 cities all over Indonesia; she is now serving as ICCN Deputy for International Relations.

For more information or for any questions about our International Council, please get in touch with Rebecca Shoesmith