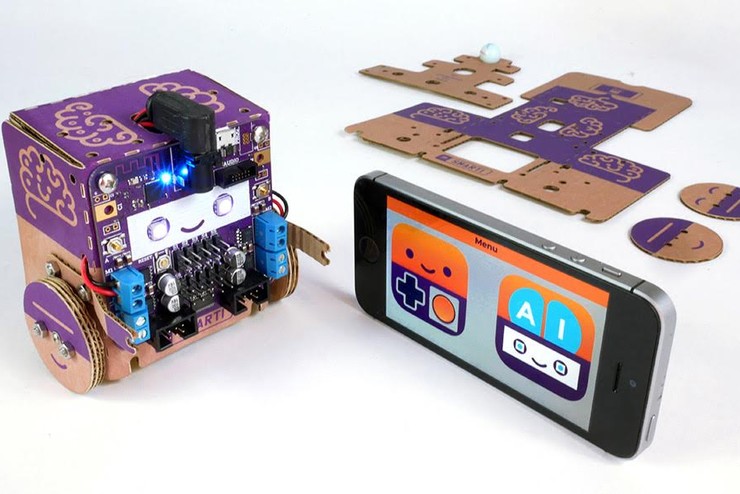 They call Shenzhen ‘The Hollywood of Hardware’, and if you are interested in making electronic products and you get to spend some time there, you could say it is irresponsible not to have a go. So whilst I was there last year participating in the Hello Shenzhen maker residency program at the Design Society, I had to have a crack at a side project.

What is remarkable about the Maker Movement is that the set of social and behavioural norms associated with it do genuinely transcend borders and cultures. These norms cover everything from how people share spaces, how they work together, to the values embodied in the products of that work. Because of this you can transplant people from Makerspaces in the UK to Makerspaces in Shenzhen, and vice versa, and expect them to just get on and make things with the people they meet. 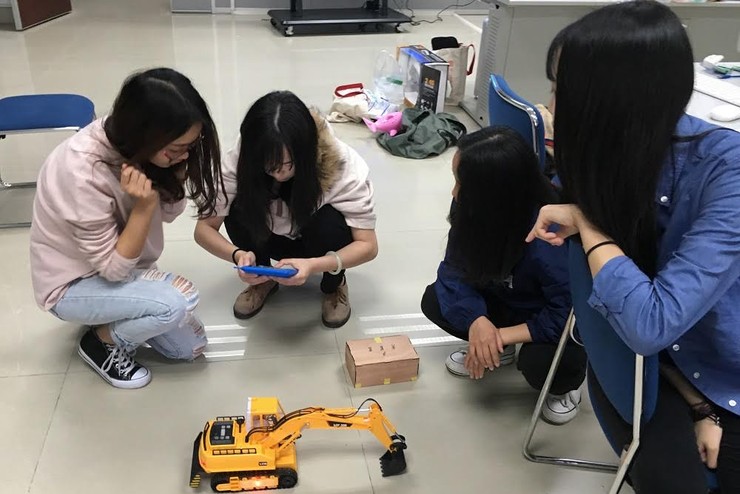 Back in March of last year I found myself in Litchee Lab, a Makerspace in Shenzhen, hacking toys bought in the electronic market, so that the design students we were working with could create apps to help children with autism. When you’re trying to connect a bright pink android tablet to a yellow toy digger in the middle of a Makerspace, everyone is interested in what you are doing. Naturally you get chatting; about how much better things would be if it was easier to hack toys, and how there wasn’t really anything on the market to easily make robots in really creative ways. That is how I met Litchee Lab resident Janek Mann and out of this interaction grew the seeds of a new thing. 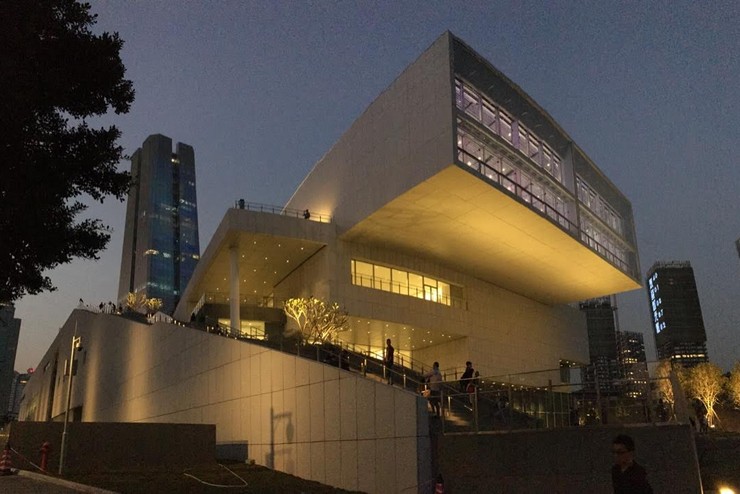 Fast forward eight months and two more visits to Shenzhen. The Design Society Museum is finally open and looking incredible, and I’m in the residency space, as their first designer in residence. I’m still working with the learning team, creating resources for them to run workshops inside their ‘Minding The Digital’ exhibition, but I’m also working on something else. I’ve got a bag of circuit boards I picked up from Janek in Litchee Lab, which is now called Lab Zero. These are the first physical embodiment of the line of thinking that started with that conversation back in March. I’ve also got a box of motors and a stack of cardboard and I’m designing a robot. It’s not very good but it’s something. 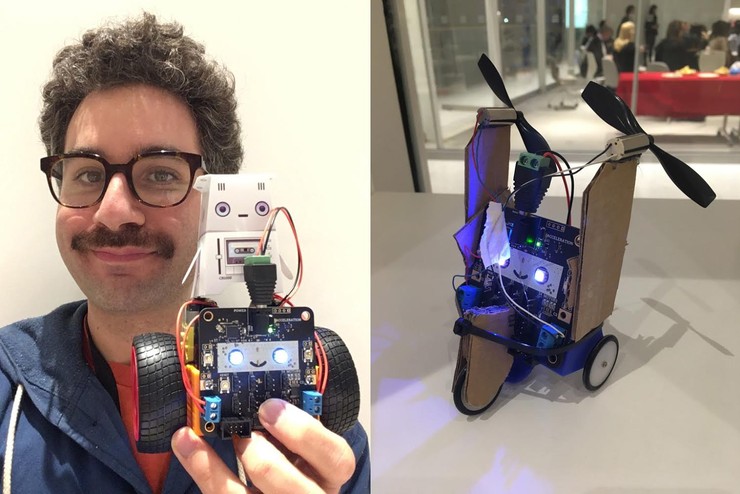 Move on another three months, hundreds of cardboard robot prototypes, some slightly disfigured electrical toys and a circuit board design iteration later, and I’ve got three cardboard robots I think are pretty good, plus I’ve got a yellow toy digger hooked up to a smartphone. I’ve roped in Akram Hussein a longstanding collaborator to create the app and Rehana Al-Soltane, who has been in Machines Room working with another Hello Shenzhen participant Helen Steer, to work on the demos and video. We think we have something that is ready for the world to see. Sadly, as the robots have become stronger, the Makerspaces where they were conceived and developed have weakened. Machines Room in London moving to much smaller premises and Litchee Lab, first rebranding as Lab Zero, and then closing altogether; both spaces the victims of equally rapidly rising rents in London and Shenzhen. 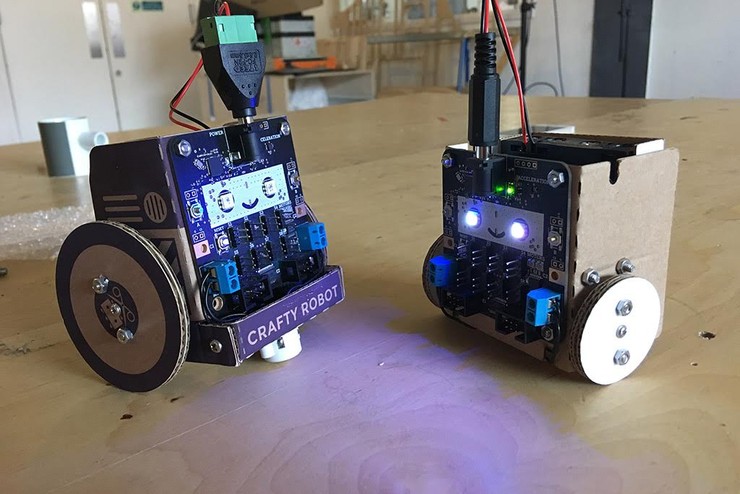 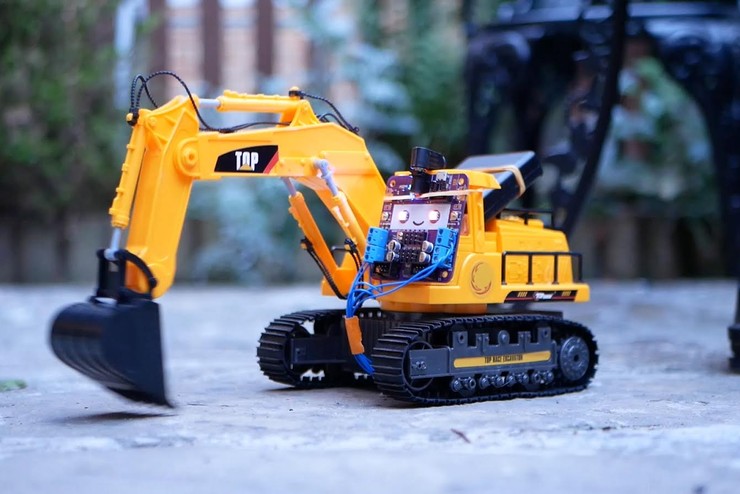 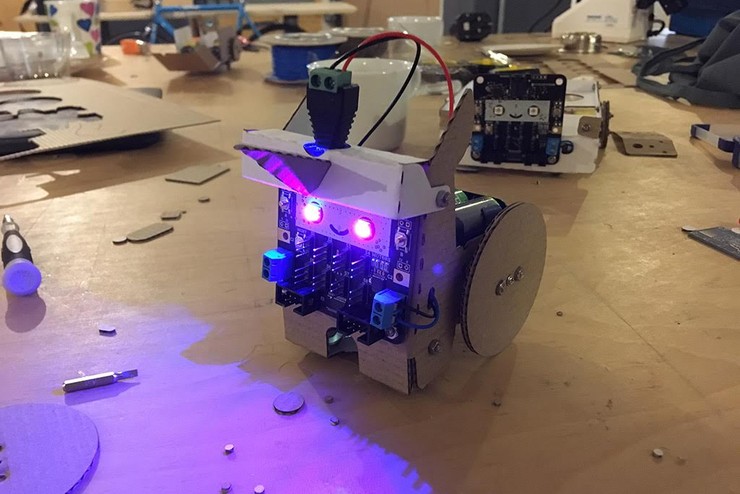 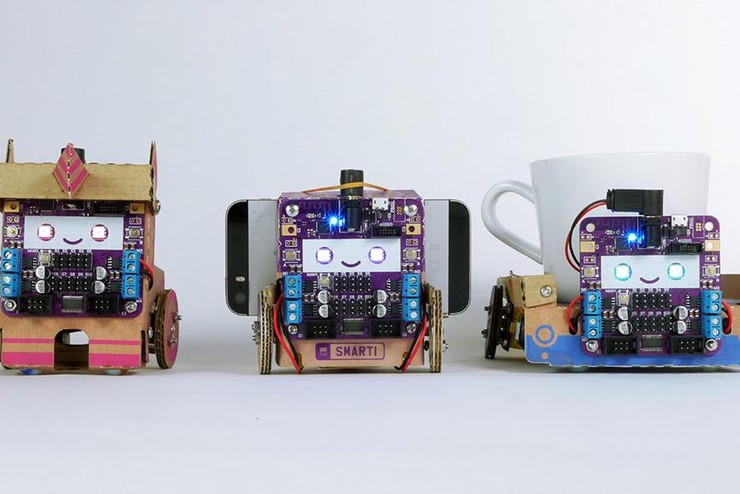 Another couple of months on and we have shown our new robotics platform to the world and they seem to like it. It’s called Smartibot and we are funding its production by pre-selling the robot kits on Kickstarter (as I write we’ve just tripled our original funding target and still have 21 days to go). The world that created it has already changed, hopefully it is not disappearing, just moving on and evolving.

Hello Shenzhen is a partnership between the British Council, The Shenzhen Foundation for International Exchange and Cooperation and Shenzhen Open Innovation Lab.

Hello Shenzhen is developed in partnership with Liz Corbin, Institute of Making, UCL