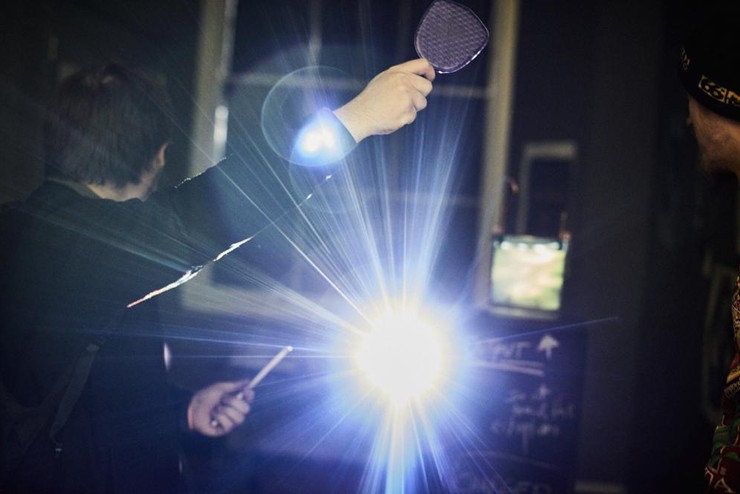 Now Play This ran for the fourth time in three years, in the new wing of Somerset House. The innovative festival continues to encourage an incredibly diverse audience to experience games in a new light, whilst showing them in a myriad of playable, non-playable, exhibited and experienced forms. 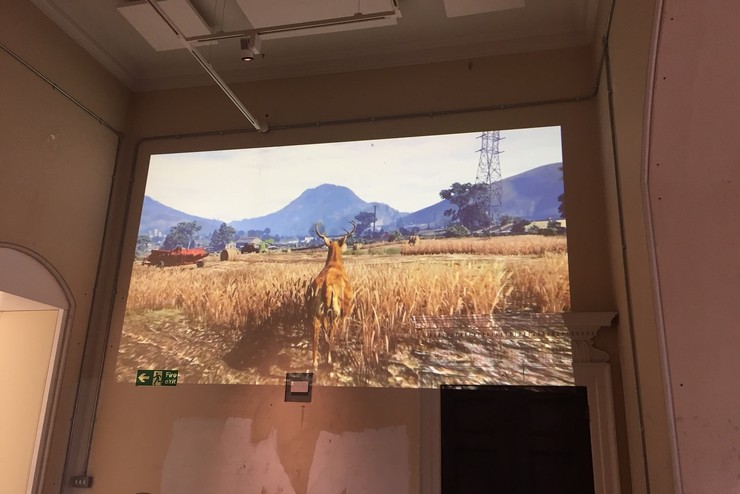 It was the invitation to play, and also the frequent subversion of this that was central to the three day festival. The core theme was ideas of ‘place and process’ - with the festival focussing on “games which articulate something about what it means to be on a particular road or hillside or in a particular city, and games which explore how games work and give us a new perspective on what they can be.”

The audience was invited to become makers in an accessible and tactile way. Across the whole of the festival, people were encouraged to make their own flat games by following a simple set of rules; integrating typewritten text and hand-drawn images, which were then playable by the audiences who followed. This was coupled with workshops where participants could make board games, custom controllers, or doodled animations, and over the three days it felt just as much like a festival for game makers as well as the general public.

The festival succeeds in balancing the tension between diverse works; framing games against each other, finding the contradictions and similarities, asking questions and leaving space for a myriad of answers to emerge.

More challenging work took the audience through the emotional aftermath of the Manchester Bombing (The Loss Levels by Dan Hett), or let them race cars around two roads of Scalextric that ran parallel and intersect, depicting the roads in Israel and Palestine (Roadmap for Peace by Yara El-Sherbini).

A Colossal Wave connects Hull and Montreal through VR. We caught up with MLF’s Executive Producer Nell Whitley to find out more about the project, working in public space and making digital art in 360 degrees.