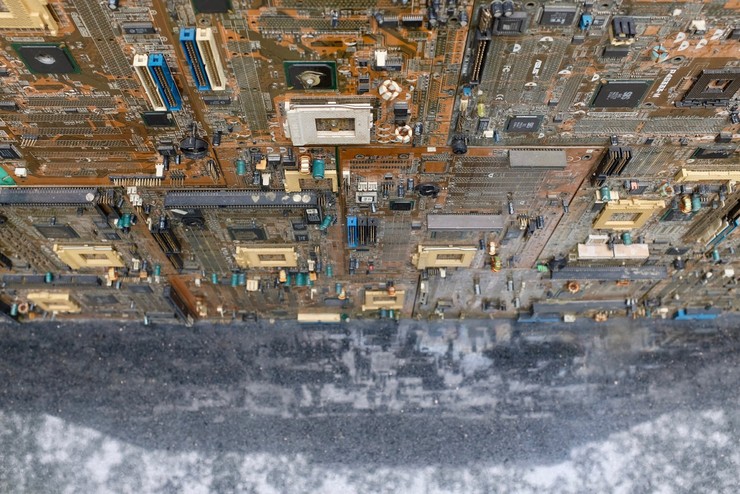 Sculpture made from waste electronics outside Shenzhen Open Innovation Lab

Sunbirds are elegant, iridescent-feathered birds with long curved bills, perfectly adapted to feed on nectar from flowers across equatorial Africa and Asia. They’re remarkably similar to hummingbirds, found in the Americas; also slender, elegant and iridescent, with long bills adapted to reach into tall flowers. But hummingbirds and sunbirds are unrelated species. Each bird developed their anatomical specialism independently, in response to similar local conditions. Biologists make use of a theory called ‘convergent evolution’ to describe how unrelated species can evolve similar adaptations without common ancestors. There are many such examples in nature, and they can be a useful reminder that things which appear to be similar, don’t always have a common history.

Cultural phenomena can evolve in the same way: the simultaneous discovery of computer viruses or mathematical proofs; similarities in languages in unconnected regions; or the emergence of social movements. In many cases – increasingly so in a connected world – the waters are muddied by the movement of people, globalised media, and sharing of ideas online. But not always. Even with increasing global communication, similar cultures can emerge to some degree independently. And when they do meet, they recognise something of themselves in what they see.

For the past seven years, I’ve been involved in the Maker Movement here in the UK, organising events, writing about makers, and researching the growth of this cultural phenomenon. In November, I was invited to spend time in Shenzhen, the electronics manufacturing capital of China, as part of the British Council’s Hello Shenzhen cultural exchange programme. I was there with Lighthouse to interview makers for a podcast series examining the cultures of makers and makerspaces in the city. 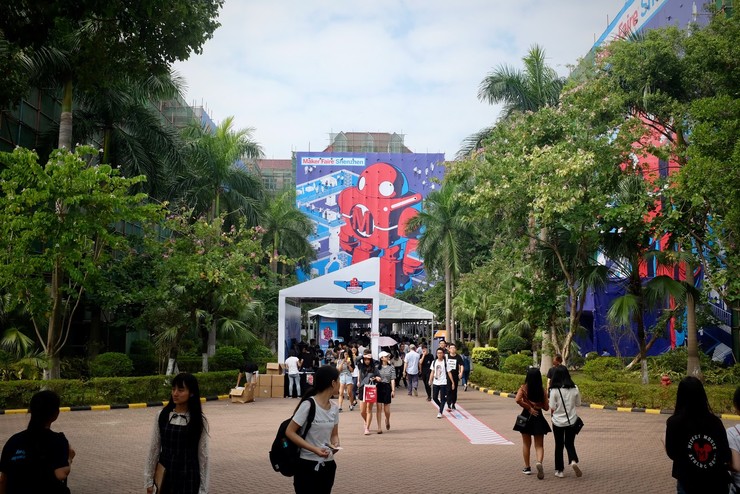 In recent years, as China has become known as the world’s factory, Shenzhen has become a destination for makers from Europe and America. DIY makers, hackers and hardware startups from the West have flocked there to tap into this new manufacturing ecosystem. And when they arrive, they find people working in makerspaces; visiting Maker Faires; shopping in electronics markets; or posting projects on YouTube – all things we’d find very familiar. Shenzhen has a vibrant maker culture, that in many ways puts ours in the UK to shame. As I left Shenzhen Maker Faire, I reflected on how familiar it felt. The event had left me feeling that there really is a Maker Movement – a common cause which diverse makers around the world could be part of. We are connected of course, and in many ways truly share a culture, not least through exchange programmes such as Hello Shenzhen and Hacker Trips To China, and digital media, such as YouTube, Hackaday, Instructables, and so on.

Nevertheless we have arrived at this shared culture via different paths – we have convergently evolved. In my brief time in the city, I tried to trace back those different paths, to understand the forces that have shaped our different cultures of making. This is what I found:

Premier Li Keqiang’s 2014 plan to promote economic growth through investment in business resulted in a windfall for makerspaces in China. His visit to Chaihuo makerspace in 2015 helped legitimise makerspaces as centres of innovation. In episode 3 of the Hello Shenzhen podcast, Vicky Xie at Shenzhen Open Innovation Lab (SZOIL) explained that entrepreneurs, and particularly property developers, had been heavily incentivised to open up makerspaces. But few had viable business models that would allow them to continue offering space to small pre-profit hardware startups, or hobbyist makers. So now, many makerspaces in Shenzhen operate on the more conventional model of a co-working space, with very little actual making, in the sense that we’d think of coming from a European space. 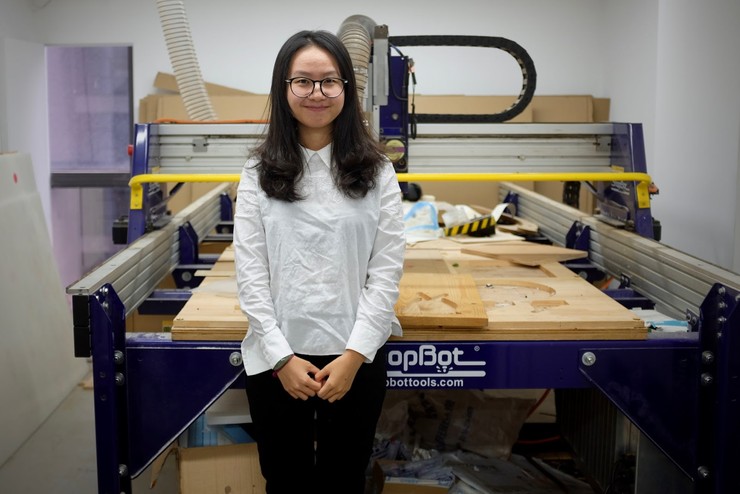 Over the same period, we’ve also seen a growth in the number of makerspaces in the UK, but mostly this has been driven by grassroots communities of makers. These makerspaces are run largely as members’ clubs, generating enough income from memberships and donations to pay the rent, but not much more.

So, although there are many exceptions, the Chinese model could be characterised as top-down, and the European/American model as bottom-up. Of course, the situation is dynamic, and we could see makerspaces in China come to life as makers self-organise, and  become more grassroots – as Lab 0 has done, a space that rose from the ashes of a makerspace run under the old model as a startup incubator.

Once a shorthand for ‘cheap Chinese knock-offs’ and pervasive infringement of (usually Western) intellectual property, the term ‘shanzhai' is now being reclaimed as a driver of rapid innovation in a world where IP protections, whatever your moral stance or cultural bias, are becoming ever less effective.

In shanzhai, designs for circuit boards (‘gongban’) are shared freely, enabling many people to innovate within a category of products: fitness trackers, AR glasses, etc. Sometimes a lazy equivalence is made between shanzhai and open source, a more familiar system of sharing IP in the west. But the truth is far more nuanced. 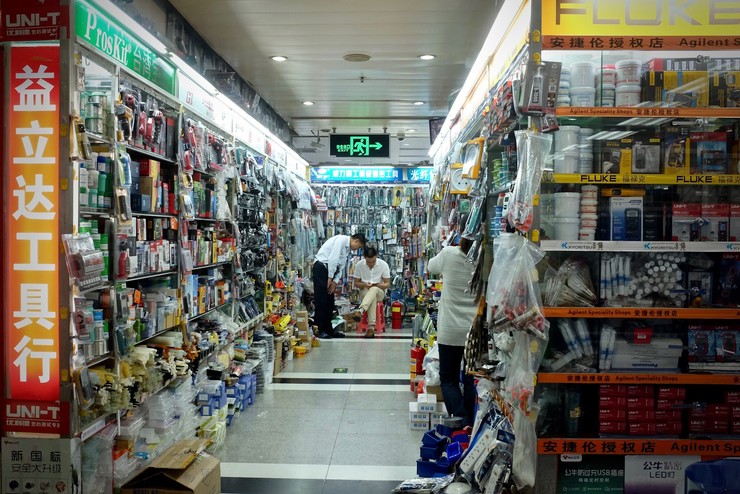 Ultimately, using ‘shanzhai’ as a shorthand for ‘open design’ is no more useful than the old shorthand. I suspect most people working in open source hardware or software would find the culture of shanzhai, while grassroots and in some ways egalitarian, to be very different to the open source ethos:

"Much of the offline activity takes place over alcohol-infused meals, KTV bars and massage parlors, establishments that are frequented by a largely male clientele, (all of which speaks to a strong gender hierarchy that infuses the shanzhai ecosystem). This grassroots community was comprised of people who are driven and hard working, committed to improving their standard of living and whose primary goal was to make money.”

It’s more interesting read as a signal about the future of IP. As Europeans destroy fake Chinese goods in an attempt to preserve the legacy of mid-century modernism, and prop up a design industry protected by state-sanctioned monopolies, the Chinese prefer speed as a means to maintain competitive advantage. The future lies somewhere between these two paths.

Shanzhai leads to innovation in much the same way as being chased by a pack of hungry wolves leads to athletic prowess. Rival manufacturers must get their products to market quickly, fulfil demand and move onto the next thing before their competitors catch up.

The shanzhai ecosystem operates as a brutally free market, with few defensive measures available to manufacturers to protect any investment in innovation. I met several companies bringing products to market who described themselves as integrators of technology. That is, they weren’t designing products from scratch, but rather integrating existing components from the shanzhai ecosystem, and testing the result with their target market. When it works, they scale up production; when it doesn’t, they move on to the next thing.

I don’t have direct experience of product development in the UK. In some sectors, such as the automotive industry, products are made by integrating modular parts on top of a shared platform. But I suspect this model – rapidly bringing products to market with low overhead – is less common here.

As I met more makers working in commercial environments, I was curious to know what they thought of the kind of DIY, hobbyist making we see in the West. Here, ‘maker pros’ are seen as an emergent phenomenon coming from an amateur culture. But few makers I met in Shenzhen had any time for hobbies.

For many, leisure time was a luxury they simply didn’t have. The kind of maker culture popularised by Make magazine is explicitly built on an ideal (albeit updated) of the postwar American, middle-class man tinkering in the workshop on the weekend. Make is in many ways a modern take on Popular Electronics, which was published from the 1950s-80s, and catered to a market that had found financial security, and was looking for creative outlets. Amateur makers certainly exist in Shenzhen, but that isn’t where the culture comes from. 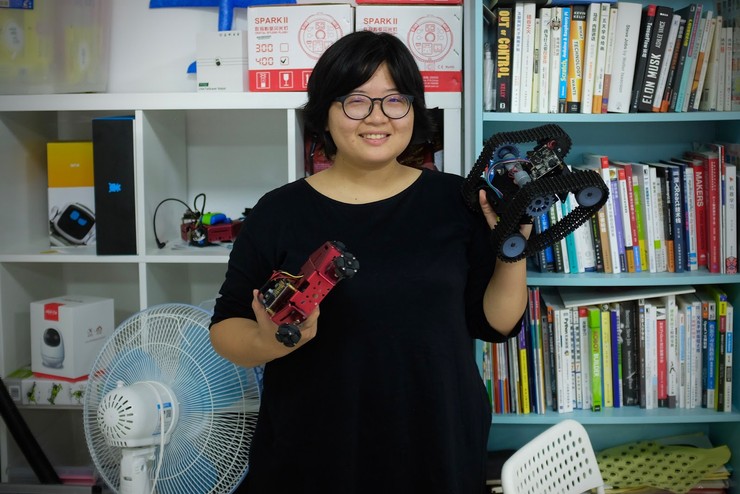 Christina Zhang, co-founder of Kittenbot, who talked with me about Chinese work culture in Episode 2

And the people I interviewed didn’t have free time because they were always working. They were trying to build viable businesses. In some cases they saw their business as a tool for making an impact – to change the world – and the biggest threat they faced was failing to make enough money to survive.

It was a running joke amongst Chinese people I met that, when meeting another maker, they would always ask, 'What’s your business model?’. I don’t think it's coming from a deep love of capitalism, but from the understanding that sustainable impact relies on financial viability.

We certainly have a culture of social enterprise here in the UK, but it seems to me that there’s an under-explored territory that lies between the hypercapitalist energy of Chinese entrepreneurs, and the social impact agendas of young designers and makers emerging in the UK.

Every day, there is more communication between Chinese and Western makers. So I have hope that, as we’re able to draw on a more diverse pool of ideas, we can evolve stronger local maker cultures that are adapted to solving problems we face together.

Hear all seven episodes of the Hello Shenzhen podcasts series on the Lighthouse website.

E.5 – Product design companies Innozen Design and Artop Group on how they help their clients navigate Shenzhen’s vast network of suppliers and manufacturers. Plus, why Shenzhen makers focus on business models, and the growing international demand for Chinese brands.

E.6 – Three people working in maker education on project-based learning, the problems of China’s internet censorship and why sharing is so important within maker culture.

E.7 – Janek Mann at Lab 0, a makerspace run by and for its members, without government subsidy or commercial income, on the strange contradictions that run through Shenzhen and its maker culture.