Our third Creative Hubs Forum will bring together over 20 speakers and 100 creative hubs from across 30 European countries to be part of We Are Next, a 3-day forum curated for and by creative hubs. 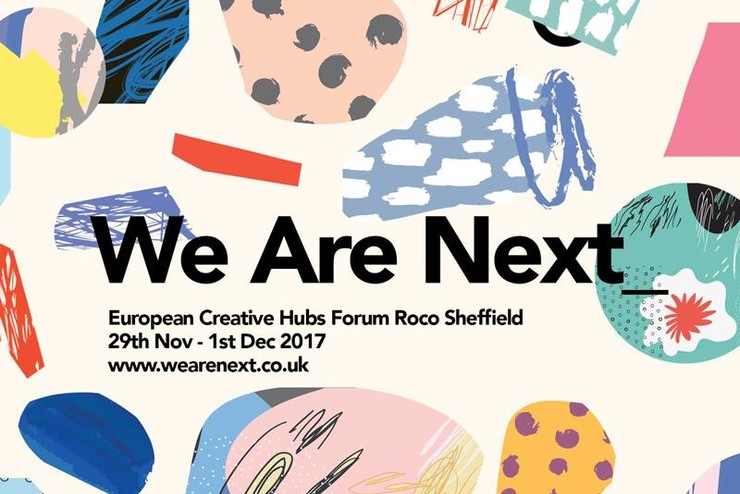 What’s next for creative hubs? This forum, expertly curated by our partner creative hub, ROCO, will showcase some of the most innovative leaders in the creative ecosystem; celebrating unique leadership styles and alternative approaches to the norm, while delving into alternative finance models, building new connections across Europe and collectively designing the future of the European Creative Hubs Network.

Some of our wonderful speakers include:

John Newbigin OBE : Chairman of Creative England and Special Advisor to the Minister of Culture.  John was awarded an OBE in 2015 for his services to the creative industries and the arts.  John’s illustrious career has been paramount to the understanding and development of the creative industries in the UK and he is an invaluable advocate for the sector.

Bethan Harris : Co-Founder of WeAreEurope and SheVotes, two networks that have inspired participation in politics amongst youth, women and invisible communities across Europe. Bethan is also Design Lead for Collectively and is currently on a residency at Pervasive Media Studio at Watershed.  Bethan has been shapeshifting the way in which people gather, utilising networks as a vehicle to suggest change and reform, and empowering people to do what politicians cannot.

Creative hubs from Budapest, Brussels, Berlin and Brighton to Porto, Paris and Pilsen will come together to connect, exchange and hopefully, a little down the line, collaborate.

The European Creative Hubs Network is a 2-year project led by the British Council, in partnership with 6 creative hubs and a network from across Europe. The project is co-funded through the Creative Europe programme, and will come to an end in February 2018. A final project event – the Creative Hubs Campus – will take place in Brussels in January 2018.

We Are Next: Q&A with Andrea Burns, Roco Hub

As Sheffield gets ready to host over 100 creative hub leaders from across Europe, we speak with the lovely Andrea Burns of Roco, curator of our 3rd European Creative Hubs Forum.