As part of our ongoing collaboration with Birmingham Open Media, we are currently inviting a UK-based practitioner to undertake a one-month residency with Lifepatch in Jogyakarta, Indonesia during February or March 2018. 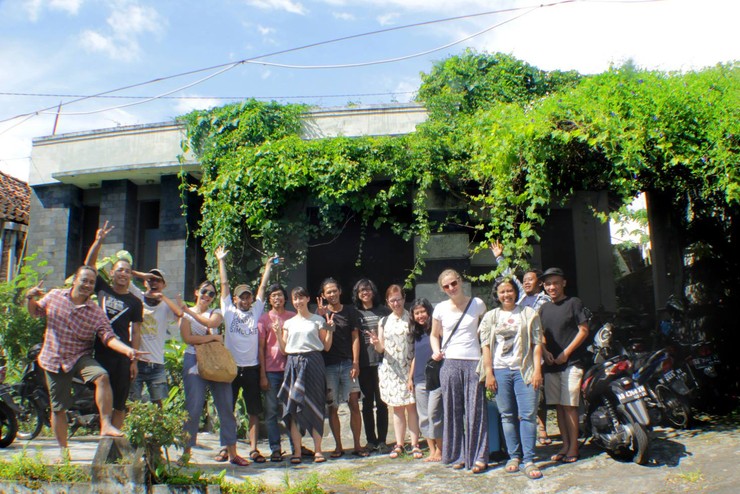 BOM (Birmingham Open Media), Lifepatch (a citizen arts - science - technology organisation in Yogyakarta, Indonesia) and The British Council are working together to foster new female-led practice with creative technology. The project Sarinah, apa kabarmu? (Sarinah, how are you?) aims to stimulate new creative practice and build relationships between practitioners and organisations in the UK and Indonesia.

We are inviting proposals from UK-based practitioners whose experience with creative technology might include digital performance, interactive fiction, experimental games, programmable technologies or social enterprise.

The residency will be supported by Lifepatch, and hosted in the Lifepatch house, in Yogyakarta.

For this residency, we are looking for a practitioner actively exploring gender through a research-based process, using creative technology. We are particularly interested in proposals addressing ideas around trans and nonbinary cultures, and equality.

The residency will give a practitioner time and space to develop their ideas alongside female members of the Lifepatch collective, who are currently exploring histories and constructed ideologies of gender within local Indonesian contexts.

About the Sarinah Project

Our project Sarinah, apa kabarmu? (Sarinah, how are you?) takes its name from the title of a book written by first President of Indonesia, Soekarno, who led Indonesia to Independence in 1945. The book Sarinah: Kewadjiban wanita dalam perdjoangan Republik Indonesia (literally translated – The female obligations in the struggle of the Indonesian Republic) reflects on perceptions of gender roles as a social construct, comparing religious views (Islam / God’s will).

The title asks important questions about the current political and economic state from which to position a new female-centred programme. It asks for care and consideration in approaching complex trans-cultural issues, and prompts a re-appraisal of past beliefs, experiences and cultures to re-think perspectives and imagine new possibilities for a different creative economy.

The practitioner will receive a fee of £5,000. This is in addition to flights and accommodation, which will be covered separately. The fee is based on 20 days @ £250, over four-weeks.

Practitioners are asked to email us a proposal of no more than two sides of A4, setting out:

Indonesia is the world’s fourth most populous nation, and third largest democracy, with 265 million people – 60% of whom are aged under 29 years old. The country extends over 17,000 islands and is the largest majority Muslim country in the world. It is an emerging economy, has a broadly free press, and a historic national commitment to pluralism and diversity – albeit one that is constantly being challenged. Indonesia, an Association of Southeast Asian Nations (ASEAN) member, is also a country of major contrasts with nearly half of its population living in poverty, while 53% of the population live in cities producing 74% of GDP.

As in many other countries, there is discrimination against women across society, with religious, cultural and family pressures contributing to this. Specifically, there is frequently pressure on women to get married in their early twenties, and a culture that praises domesticated women; on a practical level, there is often little support for women to go back to work after they have children.

BOM and Lifepatch have been working together for the last year to understand the issues affecting women in Indonesia and devise pathways to new solutions. This has included a residency by the BOM team to Indonesia in 2016, and a two month residency in Birmingham for female members of Lifepatch.

At the time of the residency in Indonesia, Lifepatch will be continuing their research and community engagement with women in Indonesia. The residencies are part of a wider programme of work over the next five years by BOM and Lifepatch to develop new practice and social enterprise with creative technology, with stronger links between Indonesia and the UK.