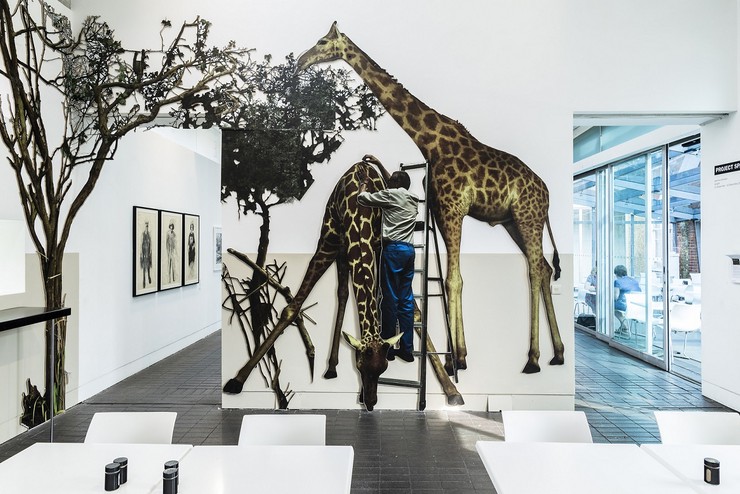 At MUTEK, pops and bangs which push PA systems to their limits are harnessed and deployed as soundscapes and experiences. This is algorithmic music with combinations of colours, beats and electronic tones creating something bodily rather than cerebral. Artists such as Lukas Paris or drone music by artists France Jobin and Sarah Davachi stretch the capabilities of self-built tech and test the economy of spectacles. This is a form of foley where the visual amplifies the audio and the other way round; the work exists in a feedback loop between the two and depends on both. This for me is another world and another type of engagement. The spectacle, the sublime, lulls viewers into state of shock and awe as with Michela Pelusio and Glenn Verviliet’s ‘Space Time Helix’. 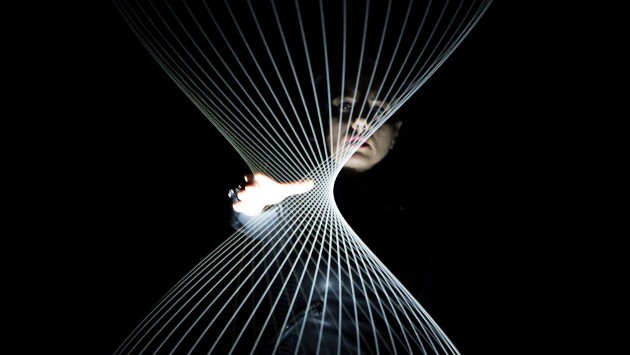 Visuals created using technologies such as LED sculptures, contemporary zoetropes and lighting sequences are usually non-representational and make space for semi-hallucinatory viewing whereby you can’t help but make rorschach-like sense of it all. Spectatorship is strange here - dj-like performers present their works from behind proscenium arch stages. Audiences even lie down at times, as with the reimagined drum and bass loops by British performer Shiva Feshareki. I am reminded of the phantasmagoria, the exhibition of optical effects and illusions - a popular 18th and 19th century form of audio visual entertainment predating cinema. Performances are like light shows, fireworks or magic shows, their successes and qualities depend somewhat on their capacity to wow an audience or confound them into disbelief, like pepper’s ghost, an early hologram which could cause audiences to pass out. Phantasmagorias were showcases of the superhuman capabilities fostered by science during the industrial revolution. Montreal itself was once home to 300 theatres for magic, one of which, Princess Theatre, located in the area of Hochelaga, was the place Houdini was fatally injured during one of his shows. Just as the phantasmagorias of the 18th and 19th centuries and the expo of ‘67, MUTEK, at 17 years old, is also about trading information whilst demonstrating what can be done in the age of the digital revolution. 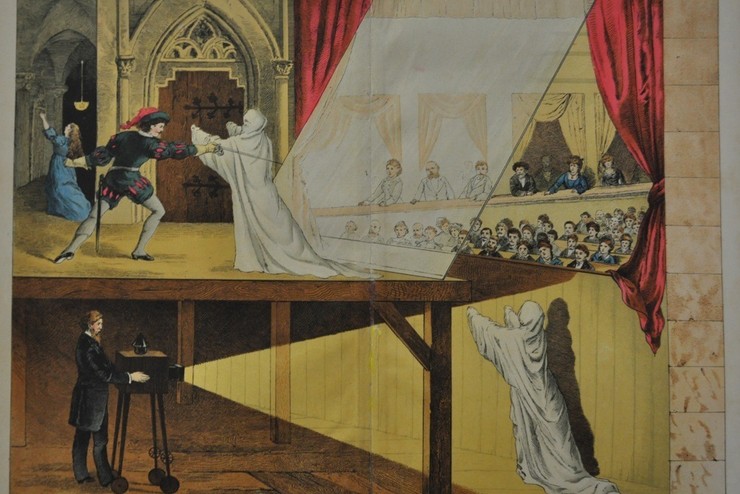 Canada is looking back at its 150 year anniversary while Montreal looks back at its 375. The first European to reach the area now known as Montreal was Jacques Cartier who entered the same village of Hochelaga while in search of a passage to Asia during the Age of Exploration. In the years since, the city has grown from a tiny French trading post in its early years to a throbbing industrial centre in the 60s (comparable to Manhattan). After a French language bill stating that all businesses must operate in French as their primary language in 1977, many corporations moved to Toronto and the city still shows signs of a struggling economy. The spectre of promised prosperity looms in the form of empty parking lots once demarcated for skyscrapers. It is also 50 years since the moment in which Canada redefined itself on the global stage with the one billion dollar Expo ‘67 which celebrated the country’s centenary of confederation. Amid the space-age hype of the 1960s Montreal made itself home to pavilions from 90 countries from around the world (including West Germany, Ceylon, USSR and Yugoslavia with South Africa notably absent due to its apartheid regime). In St. Paul, Alberta, a flying saucer landing pad was constructed - welcoming people ‘from Mars and elsewhere’. The USA pavilion - the iconic Buckminster Fuller geodesic dome with an acrylic skin, which would catch fire and melt away in 1976, still stands. In Search of Expo 67 curated by Lesley Johnstone, Head of Exhibitions and Education at the MAC, and Monika Kin Gagnon, professor in the Department of Communication Studies at Concordia University in Montreal, and co-director of CINEMAexpo67 considers these ricocheting contexts. ‘By the time we got to Expo’ (Phillip Hoffman & Eva Kolcze) and ‘1967: A people kind of place, 2012’ (Jacqueline Hoàng Nguyễn) depict the mood of Star Trekish multiculturalism in which this city was selfaddressing its politics, including its points system and immigration laws and rights for indigenous peoples. 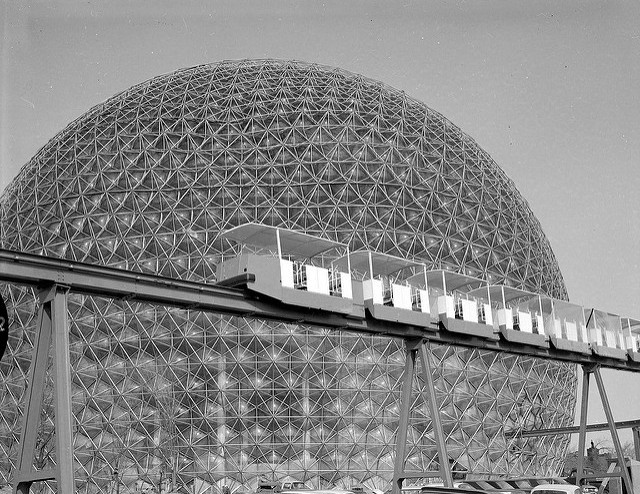 I can be accused of saying to other members of the alt.barbican convoy, once or twice, that I can’t possibly watch another man tinkering on stage. The impressive knowledge of the nuts and bolts of instruments, machines and apparatus is something the performers have in across the board. Performers at MUTEK are also coders, mechanics and engineers. This kind of reflexive understanding of apparatus creates works which seek to showcase, question and possibly undo the material and medium and remind me of structuralist filmmakers of 1960s or early photographers. Whilst it could be said that men were tinkering, it is also evident that women were spinning. Most notably, Myriam Bleau, whose performance included four self-made LED lined spinning tops with which she creates music using sampling like a regular DJ. I am told by my more technical alt.barbican accomplice, Henry Driver, that her spinning tops have built in sensors which communicate their movement with a computer. A spinster has come to be a derisory word for a woman who has grown old without marrying or reproducing and were thereby committed to a life of feminine labour in the form of spinning yarn. In this parallel universe crowds watch and admire these working women whose phantasmagoric spindles lure crowds into states of submission. 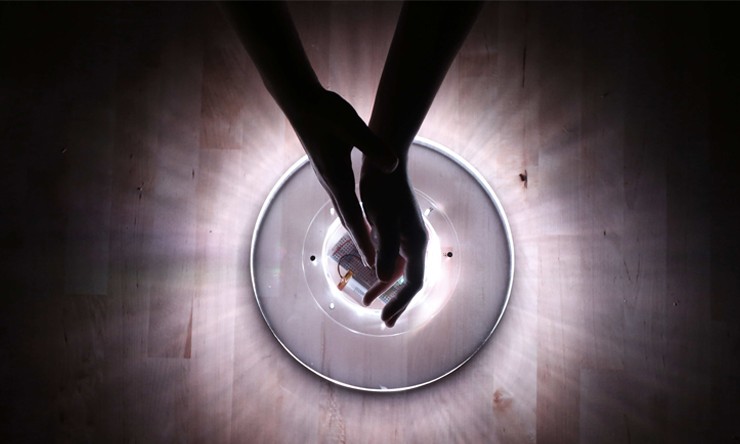 Montreal is clearly working to maintain its reputation as a cornerstone for liberal, diverse and safe Canada and a flag flyer of progress and inclusivity. When crossing by land from the US with my also-female partner, customs personnel enquire about our status simply by asking if we reside at the same address. On television Trudeau appoints a second minister for indigenous relations and deliberates how quickly pot can be legalised across the country. As a Brit, I am always certain that Francophones are more cultured. Montreal is a special place and its bilingual population suggest a welcome alternative to the increasingly flat world of spoken, neocolonial, digital English. 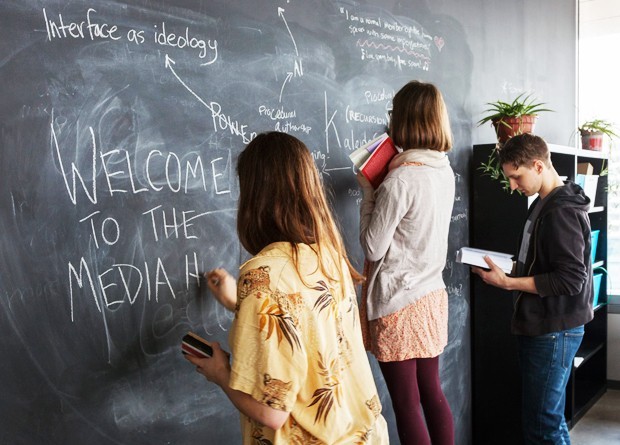 Alongside an installed exhibition at Place Des Arts, alt.barbican artists (and alt.mutek artist Lukas Paris) gave presentations to a live audience. Each of us was paired with researchers from Milieux institute at Concordia for an ‘interrogation’ (useful reframing of works within Mutek’s specialist context). Milieux institute for research-creation is the one year old umbrella programme at Concordia University which brings together researchers from 7 clusters: Post Image, Indigenous Futures, Speculative Life, Textiles and Materiality, Community and Differential Mobilities, Technoculture, Art & Gaming and Media History. In a tour, Associate Director Chris Salter told us that a common desire to encounter ‘the other’ is what all Milieux researchers have in common. Researchers from very different educations have access to all labs, research spaces and makerspaces within Milieux. The hybrid and networked form that Milieux takes is a utopian model of skill sharing.

Intersection as form similarly characterises both MUTEK and the alt.barbican programme, all opting for models which create spaces for crossed wires and generative dissonance.

Jasmine Johnson is a London-based artist who primarily works with video as well as digitally generated imagery, binaural audio and installation to craft increasingly ambitious portraits of globally dispersed individuals.

alt.barbican is an accelerator programme from the Barbican and The Trampery for emerging artists working at the intersection of arts, technology, and entrepreneurship, delivered in partnership with the British Council, MUTEK and the National Theatre.

Find out more about alt.barbican.

A new partnership with the Barbican and The Trampery to support innovative artists working at the intersection of art, technology and entrepreneurship 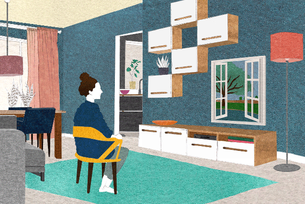