We're presenting Watershed and Pan Studios award winning Hello Lamp Post, at Astana EXPO17, connecting UK and Kazakh culture. We catch up with the producers to find out more. 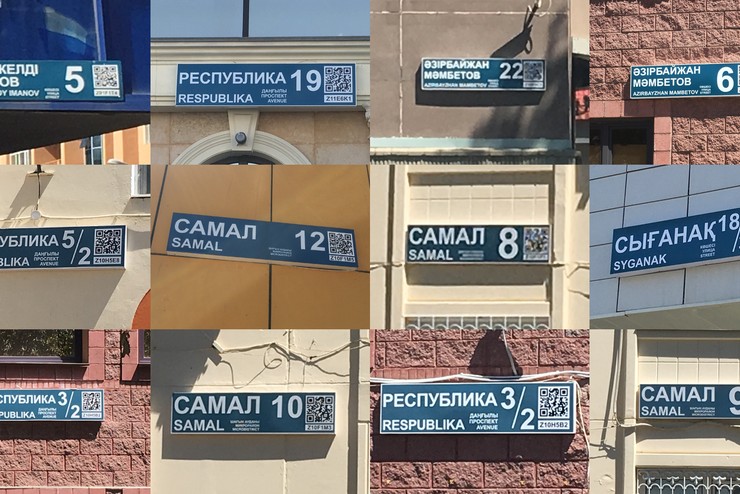 It’s been almost a year since Hilary and I had last worked together, wrangling the unsuspecting residents of Bristol into babysitting a mortally fragile machine called H.A.P.P.I.L.E.E. This had been part of an EPSRC experiment into robots in public spaces called Being There, and it was exciting for us to be teaming up once more and exploring a new city with a similar mindset for playful-tech interaction.

"Every city so far has revealed its unique character via the messages so we're excited to hear what the people of Astana have to say about their unique city."

The Kazakhstan team of the British Council, normally stationed in not-so-nearby Almaty, invited us to explore the potential of Hello Lamp Post with them in the country’s gleaming new capital, Astana. We were doing so against the backdrop of an enormous, international technology fair - the Kazakhstan EXPO 2017, an epic celebration of future energy and national cultures had already descended upon the city and was set, is set to continue on until the end of September.

Hello Lamp Post, our project that let’s people converse via SMS with street objects (bus stops, parking meters, phone boxes and, of course, lamp posts), was midwived by the Playable City team back in 2013 when it was selected as winner of the inaugural Playable City award. Since it’s initial run in Bristol we’ve gone on to accept invitations from Tokyo, Singapore, Austin, Bordeaux, Brighton and London’s Queen Elizabeth Olympic Park.

We were a little apprehensive about our five day trip to Astana, however. Hello Lamp Post has been able to connect people with street furniture in previous cities through ubiquitous reference codes. Most objects have some kind of massive maintenance code emblazoned on them somewhere, though practically invisible until pointed out, which we hijack to link conversations, like hashtags for a Twitter feed.

But from what we’d gathered in conversation with the British Council team, the signposts, street lamps, bins and bus stops of Astana didn’t have codes on them! So what were we going to do?

Luckily, a solution presented itself within the first hour of our reconnaissance.

"We discovered - a little above eye-level - a homogenous, pervasive signing convention: “the anshlag”."

Though the official language of Kazakhstan is Kazakh, and the lingua franca is Russian, the term seems to come from German - “Anschlag” meaning “Bulletin, Sign or Poster” (as well as “Attack”, or “Attempt”).

In any case, these analogs are perfect for our needs - a highly-granular coding convention that can help us host hyper-localised conversation across the city. There are literally thousands of them, in fact - in the grand, open squares and celebrity-architectured towers of the “new town” as well as the bustling housing blocks of “old town” across the river.

Askhat Sadykov from the Center of Urbanism in Astana was hugely helpful in helping us understand the relevance of these codes and where they lie within city. For him, the value of these projects stretches beyond mere entertainment, it is a way to test technology for civic messaging, a simple ad effective way to encourage place making and they hope, an incentive for people to further explore the city by foot.

The only problem remaining is the name. With no eponymous lamp posts to speak to, what shall we call our installation? We’ve settled on, simply “Сәлем Actaha!” - or “Hello Astana” as we realise that instead of objects, the locals will chat to their area/building attached to the code.

Hello Astana will launch in early August as part of the Creative Energy programme alongside the EXPO in Astana.

Sam Hill is a Designer with PAN Studio and Hilary O’Shaughnessy is  Playable City Producer.