Guest blog: Martin Goodfellow blogs about his experience in the STEM education and robotics startup, Makeblock, in Shenzhen and taking part in a 24 hour “Makerathon” 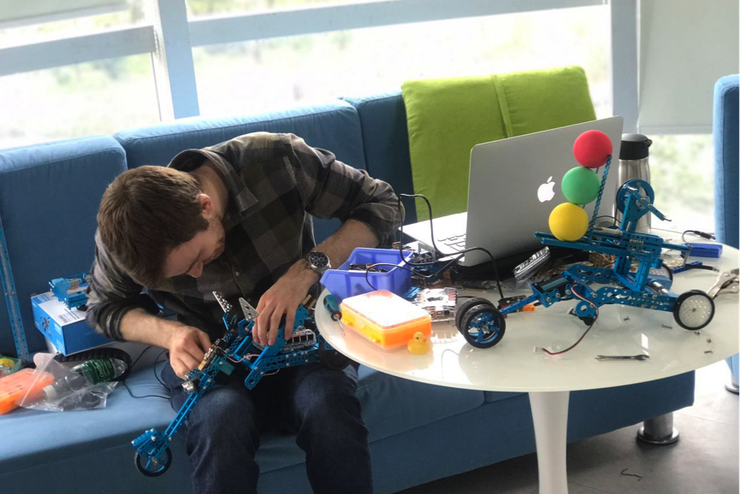 Putting the finishing touches on the motorbike robot for the hackathon

I have now returned home from my residency. I’m already missing the way of life in Shenzhen: the creative atmosphere in Makeblock and the easy and very affordable access to any electronic component you could possibly need at the electronics market in Huaqiangebei. 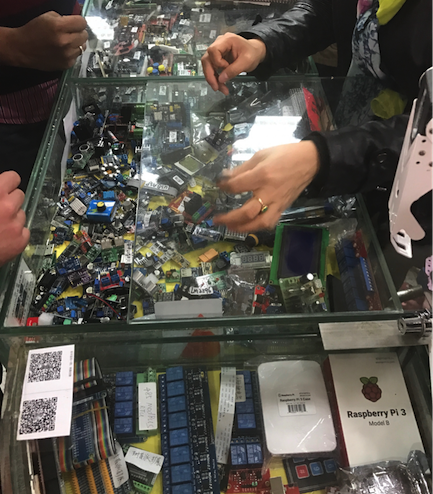 My personal goal for heading to Shenzhen was to learn about maker culture there and how I could apply what I learned to the UK scene. Makeblock wanted to learn from me about UK STEM education and how they could contribute to it. Our joint goals were to create an educational product for the UK STEM education market and work on educational materials that would fit into this market, both for the created product and their existing products.

During my first week at Makeblock I learned about their electronics and mechanical parts platforms. At the CoderDojo coding clubs I run, building robots is a popular topic. However, connecting different components like sensors and servo motors can be confusing for young people when multiple wires and pins are involved. Makeblock simplifies this by connecting each component to microcontrollers with a single cable and colour coding all the ports to allow you to easily identify what components are compatible with what ports. 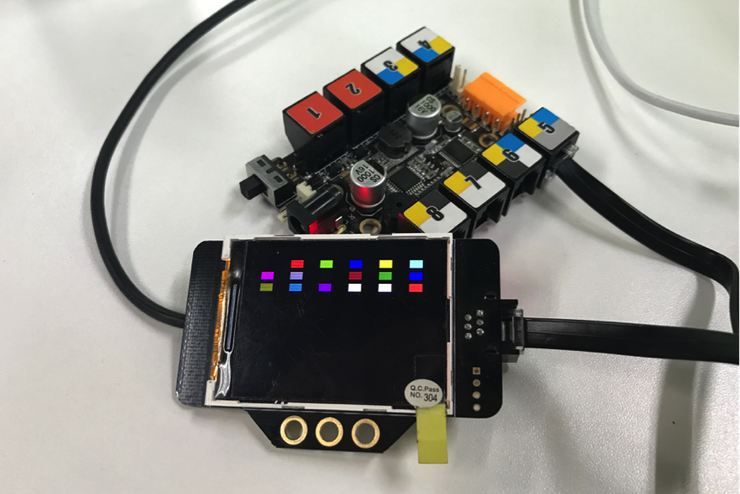 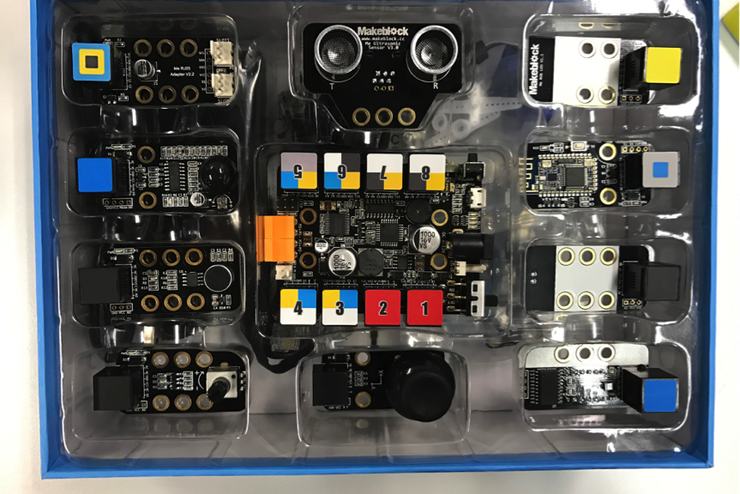 During this first week they also launched a Kickstarter for their new product, Neuron, which consists of electronic building blocks. These allow you to easily make different physical computing projects. 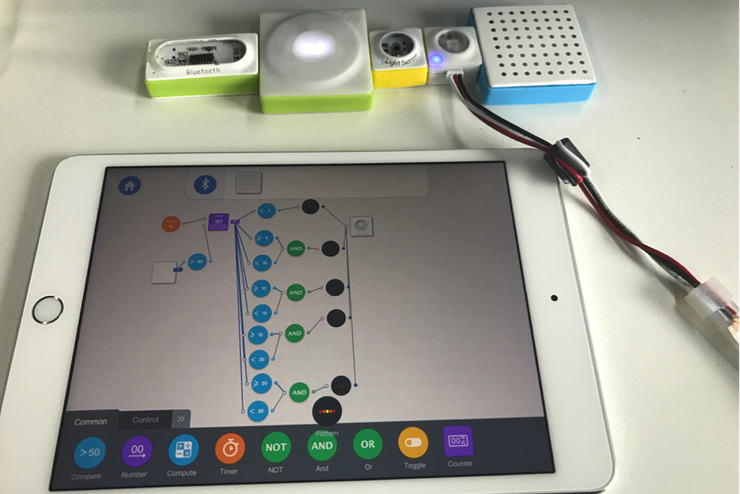 I got to be part of the celebration when it was funded after just one day. Not sure I deserved the cake but I ate it anyway. I also worked on demo projects for Neuron, including traffic lights and a laser tag game.

At the start of week 2 we were given the topic for the 24 hour Makerathon. This involved creating an add on pack for the mBot Ranger – Makeblock’s midrange robot kit which can be used to build three different robots. After some initial planning we had various ideas, from fighting robots to a robotic pet. On the day of the makerathon we decided to create a motorbike, with a weapon of course. This weapon took the form of a side car which could launch balls, or ducks.

The duck launcher in action

The motorbike was programmed for 2 different modes. The first mode allowed it to be controlled by a playstation controller. The motorbike had 4 RGB LED modules which were used as headlights and for signaling.  You could also change the headlights to come on automatically when the light levels dropped below a certain level. The alternative mode was to make the motorbike respond to sound levels using a sound sensor. 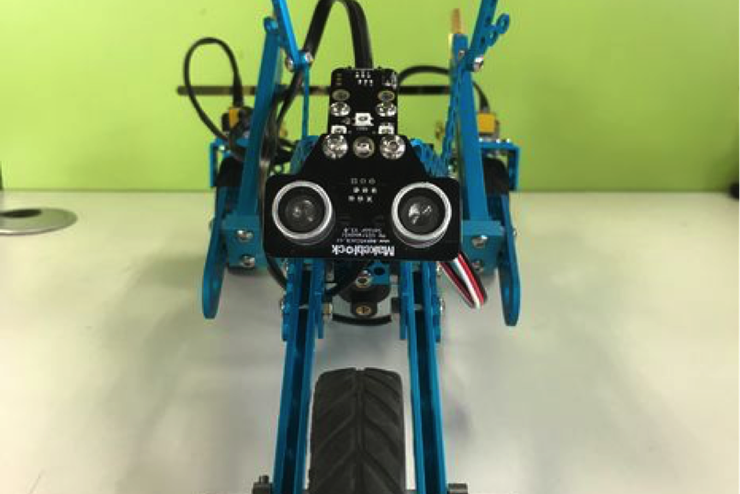 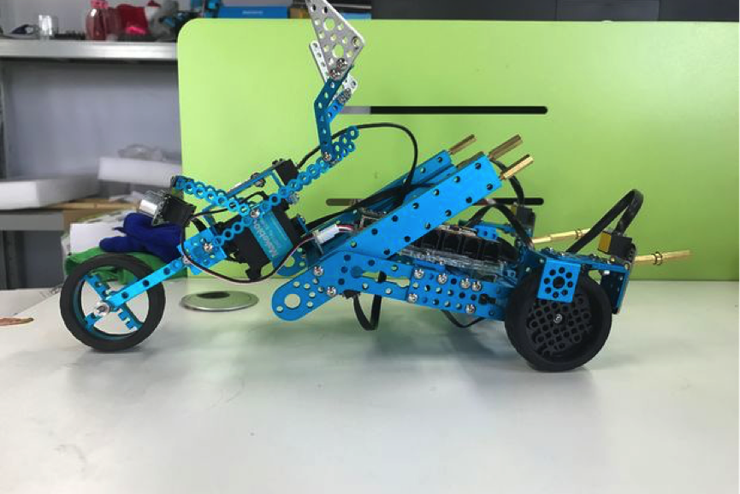 The final version of the motorbike created for the Makerathon

There was around 100 people involved in the Makerathon and the projects the other teams put together were great, including  robots that obeyed traffic lights and a parking system which placed cars in place using a claw to maximize parking space. My team won the creative prize for the hackathon. 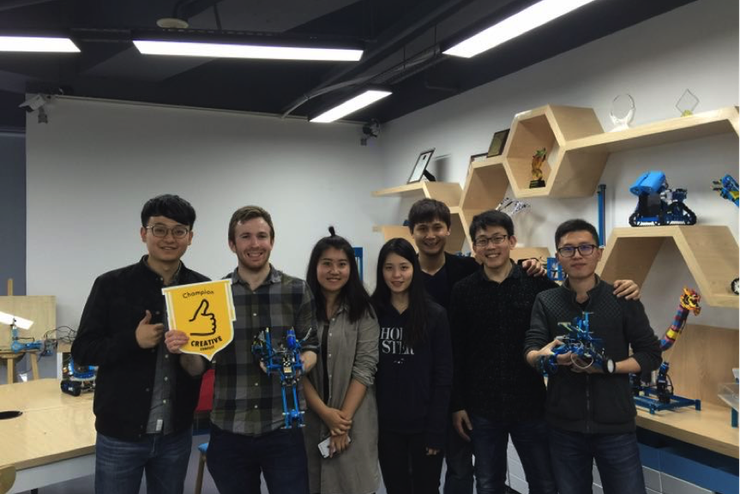 My team for the Makerathon

For the remainder of my time in Shenzhen I refined the design and programming of the motorbike. I also wrote an Instructable tutorial on how you can build your own motorbike.

Since returning to Scotland, with my case half full of robots, I’ve been using the robots at my coding clubs and the kids have loved them.

Hello Shenzhen is a bilateral exchange programme connecting makers in the UK and China, supported by the British Council, The Shenzhen Foundation for International Exchange and Cooperation and Shenzhen Open Innovation Lab