In February, seven creative hubs from South Africa, Botswana and Zimbabwe came to the UK, buddying up with TAKTAL, The FuseBox and The Trampery to visit more than 20 hubs. 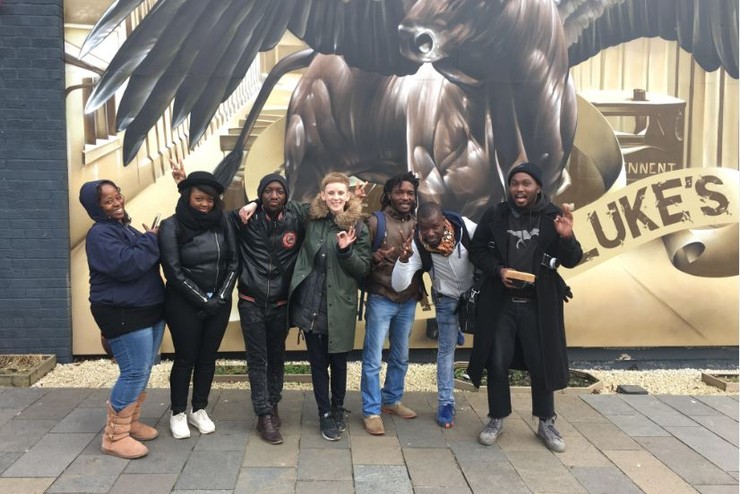 Southern Africa, and Africa as a continent, have numerous tech hubs operating throughout their cities, however creative hubs are few and far between, meaning that it's hard for hub managers to start up and build a sustainable business model, without seeing comparable examples.  The very reason why we brought seven creative hubs to the UK, to see first hand, the plethora of creative hub models that exist, in order to feed into and inspire their own new models.

The seven hubs from Southern Africa are made up of a variety of business stages, some have been operating for a year or two, while others are just setting up. The fact finding mission to the UK was curated by three creative hubs: TAKTAL, The FuseBox and The Trampery, who developed an itinerary across London, Brighton and Glasgow, which ensured that our visiting hubs met more than 20 creative hubs while they were here.

This programme is part of our work across Southern Africa to support the development of the creative economy by supporting and working with a variety of creative hubs that represent a proportion of this community.

'It was great to hear about everyone's approaches and how although the context is very different, many of the challenges are not. It seemed there was genuine opportunity for us to learn from each other'.  Helen Teeling, TAKTAL

When the seven hubs returned home, they each pitched for a small pot of funds to help develop their programme and networking capacity, three of which would like to work with three hubs they met while in the UK, ensuring SA-UK connections continue and collaborations begin.

Since this hub exchange, we (Creative Economy UK, South Africa & Zimbabwe Arts teams) have been meeting with policy makers and high level stake holders in Zimbabwe and South Africa to help illustrate the role hubs can play when developing and supporting the creative economy. We will be developing an extensive hubs programme across Southern Africa between 2017-2020, which we hope will engage with these stakeholders and support the growth of creative hubs in this region.  We will be working with partners like Goethe-Institut Johannesburg, Hivos, Indigo Trust, BASA and Department of Arts and Culture South Africa.

We are seeking proposals for the curation and delivery of our Creative Hub Exchange programme, connecting creative hubs from Sub-Saharan Africa with creative hubs in the UK. THIS CALL IS NOW CLOSED