Meet our new programme manager for games and interactive

Paul Callaghan has been appointed as the British Council's first Programme Manager for Games and Interactive. 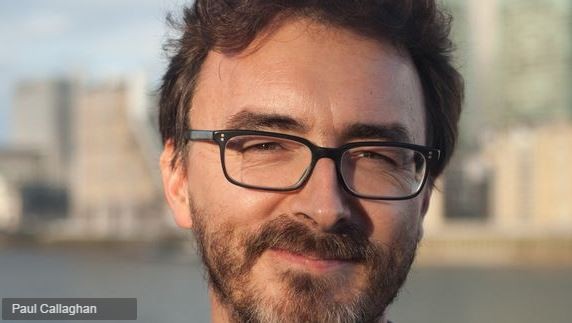 The British Council’s Film and Creative Economy Departments are announcing an unprecedented move into the field of games and interactive media, with the appointment of its first Programme Manager for Games and Interactive.

Paul, currently lecturer in Games Design and Development at University of East London, will take up the post from the 16 January 2017. He is responsible for developing new connections/collaborations in the diverse world of games and interactive media, focusing initially on Europe, the Americas and Asia.

He will be based in the UK Arts Department splitting his time between the Film and Creative Economy teams and will work with the British Council’s expert teams and partners in countries around the world.

The decision to recruit a Programme Manager for Games and Interactive has been taken as the British Council’s Arts programme has expanded its cultural mission to include more diverse media. The new appointment will ensure that the British Council will participate in and catalyse discussions around opportunities between the games industry and other art sectors, as well as acting as an ambassador for British games and interactive media as culture around the globe. It will also ensure the recognition and support of games and interactive media as vectors of British art and culture, in discussion with government and industry.

Briony Hanson, British Council Director of Film, and Beatrice Pembroke, Director of Creative Economy, said in a joint statement: “We are excited by the blurring of boundaries between traditional art forms and the possibilities that new media will continue to make in UK art and culture in the future. Paul’s appointment will breathe life in to both the Creative Economy and the Film programme, positioning games and interactive media in the space between art and commerce, finding international opportunities for the creative games and interactive sectors in the UK, and encouraging play and collaboration globally”.

Paul has worked in the field of games since 1998 as a programmer, designer, writer, teacher, and creative producer. His previous work includes writing for alternate reality game Zydnei; story development on Peleda with Fiasco Studios, Vishus Productions, and ABC3; and design and programming with Pachinko Pictures on Sunshine for LA Games Space. From 2009-2012, he co-directed and then directed the Freeplay Independent Games Festival in Melbourne, Australia. He has taught at Kingston University, Goldsmith's Institute for Creative and Cultural Entrepreneurship, and the University of East London, worked with arts charity IdeasTap, sat on the advisory board for the BFI's Future Film Festival, and been an advisor for Now Play This.

Paul said, “I’m delighted to be taking up this exciting new role with the British Council, and am very much looking forward to working alongside the diverse talent working in games and interactive media in Britain, and in cultivating creative, cultural, and economic opportunities both here and internationally.”