We’ve launched a new programme connecting maker movements in China and the UK. 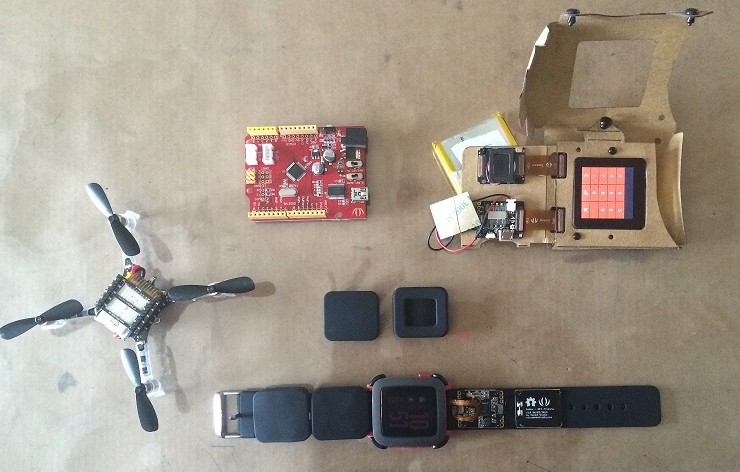 Taking place over the next three to five years Hello Shenzhen will link up making practices in these two nations; to deepen learning, find new ways of working and create the conditions for long term collaboration. The programme consists of a series of exchanges, each focused around the practices, interests and challenges core to Shenzhen and UK maker cultures.

Dubbed the Chinese Silicon Valley, Shenzhen is one of the world’s leading tech and design cities and the world centre for electronics - with 95% of all electronic goods found in your pocket originating there. With a population of over 15 million, Shenzhen has exploded in recent decades to become the centre of Southern China’s manufacturing, technology and financial industries. The city attracts creatives from all over the country, melding tech startups with designers and artists, making it a hothouse for makerspaces and imaginative product development.

We’ve selected four examples of organisations and movements breaking new ground in Shenzhen and the Pearl River Delta. Taken from the V&A’s recent exhibition Unidentified Acts of Design, these short films uncover the ground breaking work being done in the region.

Unidentified Acts of Design: The Pirates and the Makers/Shanzhai from Victoria and Albert Museum on Vimeo.

Originally used as a derogatory term to describe counterfeit goods or cheap unlicensed products, the practice has taken on new meaning and is seen by many as an alternative model of industrial production.

Speed is the term that everybody uses when referring to the manufacturing system in Shenzhen. The ability to fast prototype and freely assemble components in different formats have also created the conditions for innovative solutions and adaptations that are responding to specific market requirements, usually not covered by leading brands. Typical examples are phones for the elderly, handsets with long-lasting batteries, or mobiles with multiple speakers for workers using them on building sites.

Unidentified Acts of Design: The Facilitators/Seeed from Victoria and Albert Museum on Vimeo.

Seeed provides open source hardware and manufacturing services to global makers, including engineers, inventors, DIY amateurs and students, who want to develop their ideas into finished prototypes and products.

It invests in research, technology and development while taking full advantage of the city’s fast manufacturing processes, hardware and electronics suppliers and distribution channels.

Premier Li Keqiang visited the Chaihuo maker space in January 2015, endorsing maker spaces as key drivers for China’s innovation. This led to an explosion of maker spaces across Shenzhen in 2015 due to funding becoming available to build spaces as part of a drive grow 'making' as a drive to stimulate mass innovation and entrepreneurship by 2020.

Unidentified Acts of Design: The Workers/Urban Villages from Victoria and Albert Museum on Vimeo.

Urban villages or ‘new villages’ are pockets of informal urbanization that developed out of former rural villages, and eventually became surrounded by the city. There are now more than 200 villages in Shenzhen.

The small-scale commercial activities taking place in urban villages play a critical role in the wider manufacturing, distribution and service networks that sustains the whole city. They are also often the first entry point for students and migrants coming to Shenzhen due to the lower cost of living. Many of these villages are due to be demolished to make way for higher cost real estate development.

Unidentified Acts of Design: The Platform/WeChat from Victoria and Albert Museum on Vimeo.

Weixin (known as WeChat outside China), was invented at the end of 2010 by Zhang Xiaolong in the Guangzhou Research Center of Tencent. Initially developed to simply provide mobile text and voice messaging services, it quickly grew into the fastest growing social network in the world with a total number of 600 million active users in August 2015.

Around 1,500 people work for Weixin, including 132 designers across the field of graphic design, web development and interactive design.

We are seeking proposals for the evaluation of Hello Shenzhen - an exciting bilateral residency exchange programme connecting makers in the UK and China. Deadline 8 January 2017

APPLICATIONS NOW CLOSED: Are you interested in finding out more about Shenzhen's unique making ecosystem? Would you like to explore a challenge or question pertinent to your practice with a maker from China? Apply to host a residency by 30 October!

Our report into making in China highlights key differences between 'making' in China and the UK. Creative Economy's Rebecca Shoesmith shares a few things she's learned.