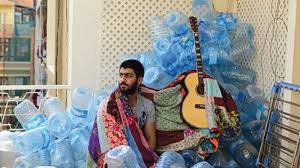 “For Syria, in a changing conflict context, definitions of ‘peacebuilding’ or ‘peacebuilders’ are fluid.”

The British Council is consistently working to develop creative approaches to support the development of fragile and conflict affected places.

Despite suspending operations in Syria in 2012, the British Council has continued to deliver programming supporting Syrians and host communities affected by the crisis. Our work has focused on supporting a new generation of Syrian social leaders, creating pathways to greater hope and opportunity for young Syrians, and contributing to systemic development in neighbouring countries.

As part of this we commissioned Build Up to produce Innovative Peace Building in Syria; an exploration of the ‘peacetech’ sector,  an emerging body of peacebuilding practice involving the strategic use of technology, and the role it’s playing in responding to the crisis.

Drawing on desk research and interviews with 20 experts the report gathered the opinions of organisations funding or researching work in Syria and also those working in or on Syria, ranging from large international NGOs to local civil society associations.

“…[a number of] organisations rely on online presence to disseminate information on their activities, and thus consider online presence critical to their peacebuilding aims.”

Results make for fascinating reading. Looking at the wider context of peacetech, the report examines how this sector is unfolding in different regions, highlighting success stories, those taking leadership and funding opportunities as well as associated challenges.

It then turns the lens on Syria itself, the wider peacebuilding context, opportunities and constraints of the current technology landscape, including power outages and breakdown of infrastructure, alongside the influx of apps and how different individuals and organisations view the role of tech in their work and activism.

“New applications and websites are being released every day to support Syrian refugees. It’s very confusing.”

It identifies short and long-term gaps in peacebuilding activities that peacetech could contribute to filling, from more effective external communication, to reaching those in hard to access areas of Syria.

You can read the report in full here.

Considering the strategic use of new technologies in the Syrian context 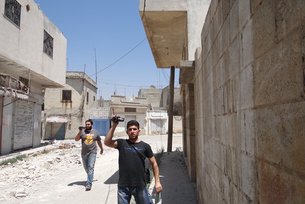