In the second of a two part series, Charles Armstrong chats to us about some of best innovations that have emerged from The Trampery and what he believes can be learned from Nordic work and life practices 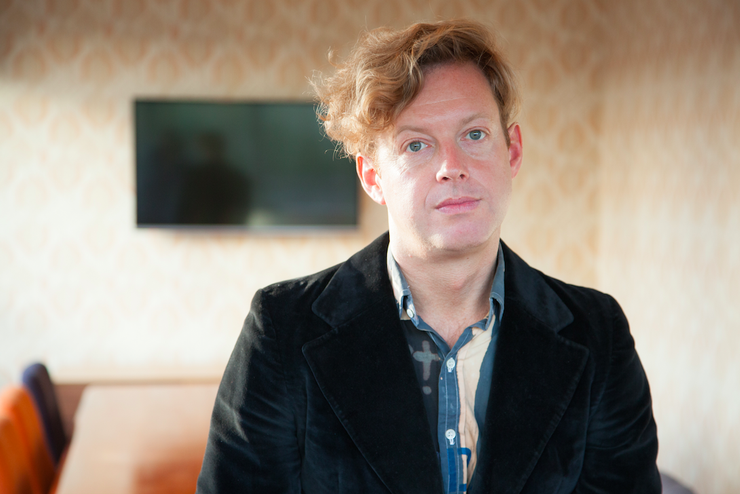 Can you share a couple of the best innovations and creative ideas that have blossomed from individuals or groups as part of their working at The Trampery?

There have been so many wonderful things. Apps for Good were one of our very first members back in 2010. Then I believe it was just a team of two people led by Iris Lapinski. As a non-profit, they were setting out to revolutionise the way technology and entrepreneurship were taught in schools, particularly in primary schools. They just rocketed away and are now in thousands of schools in the UK, having won the $1million Google Impact Challenge in 2013.

I’ve been to quite a few of their Apps for Good Awards and demonstrations, and just seeing how incredibly polished the girls and boys’ ideas and presentation are, and also how enthused the teachers are, it’s been amazing to see. It’s amazing how a relatively small project can bring something radically new into the education system, that would be very hard to do within the system. I think that project has been one of the most powerful and creative changes that has been brewed out of The Trampery. 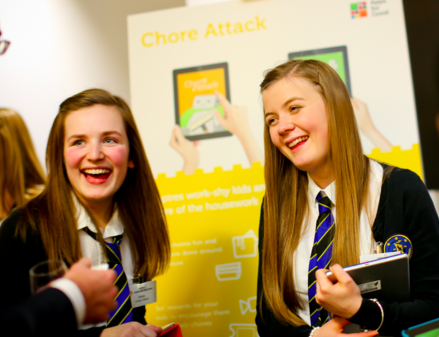 The annual Apps For Good Awards have engaged over 50,000 students in the UK since 2010, teaching them how to create apps that can change the world around us

Another of my favourite journeys that I’ve followed is a company called MAVRX, which started off building drones for extreme sports. Early in the development they decided that was too restricted a market and they started looking for other ideas. And what they ended up doing is providing sensor technology for farmers—which couldn’t be more different. They found a niche connected to winegrowers and now they provide this technology where they can detect where there might be some disease areas or where the vines might not be watered enough. It’s a very simple idea but it means that they can add yield up to 5% which is a hugely valuable contribution. What I love about MAVRX is that they had an idea but they weren’t dogmatic about it. They explored the best way to apply that idea.

Oslo Meets Hackney in December was in its third year at The Trampery. Can you share with us why the Norwegian connection is so important to you?

It’s a relationship that started three or four years ago. The catalyst was a Norwegian entrepreneur Johan Brand, who moved into the Trampery in 2011. I started spending time with him, and was thinking more and more about the role that London plays for entrepreneurs, who are starting their businesses in the Nordic countries and other smaller economies. We used it as an experiment in how we could make it easier for creative entrepreneurs from Norway to make use of the assets in London. It lead to events such as Oslo Lounge and Oslo Meets Hackney, which brought together people from both sides which helped to build relationships.

Then it lead to the Oslo Innovation Embassy, which is a facility at the Trampery Old Street where Nordic creatives can come and work free of charge, making it a very easy route where we can make introductions from there. What was unexpected was the way that the other side of the relationship developed. I started to spend quite a lot of time in Oslo and the last three years have been an very interesting period for the city. For recent decades, oil has been part of the Norwegian economy and there hasn’t been a very strong entrepreneurial ecosystem, because in a way there hasn’t needed to be. 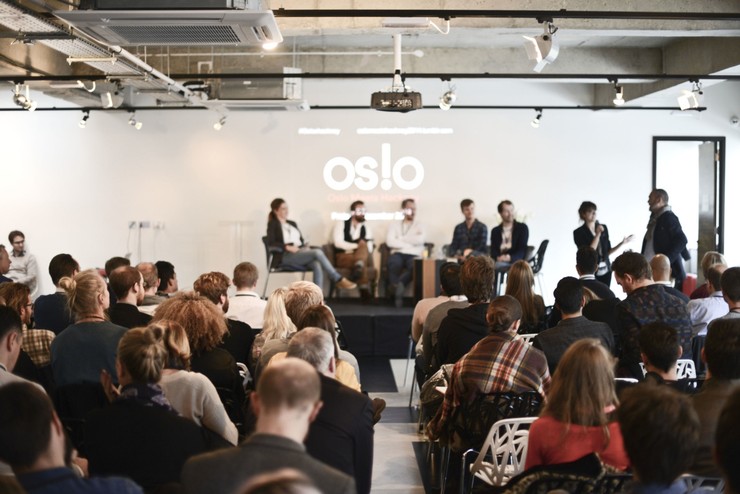 Oslo Meets Hackney, hosted at The Trampery in December 2015 explored the future of Fintech, Edtech, Music Tech and E-commerce in Norway and the UK

Just around the same time I started spending time there, the oil price declined sharply and there was a very rapid mobilisation of resources and attitudes towards entrepreneurship. Oslo is the fastest growing entrepreneurial community in the Nordic region, which no one would have predicted a decade ago. We were brought in by the city of Oslo to develop a blueprint for creating a specific innovation district in the East of the city, creating an extra dimension to our relationship with Norway that I didn’t really expect.

What we can learn from the creative economy as well as work and life practices of the Nordic countries?

I think part of the reason I’d been so attracted to the area is due to the model of entrepreneurship that I am promoting via The Trampery having a lot of resonance with the Nordic approach. I almost see it as being the opposite pole of the Silicon Valley approach. In Silicon Valley it’s very individualistic and almost looks at things at a zero-sum game that in order for you to succeed, other people need to fail. It has a very single-minded focus on profit as the output.

At the other extreme, the Nordic model is much more community-focused. There is much more of a sense of being part of a community of entrepreneurs where everybody benefits together, and that your success doesn’t come at the expense of other people’s success. It has a much more nuanced idea of a lifestyle, therefore it would be quite unhealthy there if you spent 12 hours per day in the office without a balanced life. 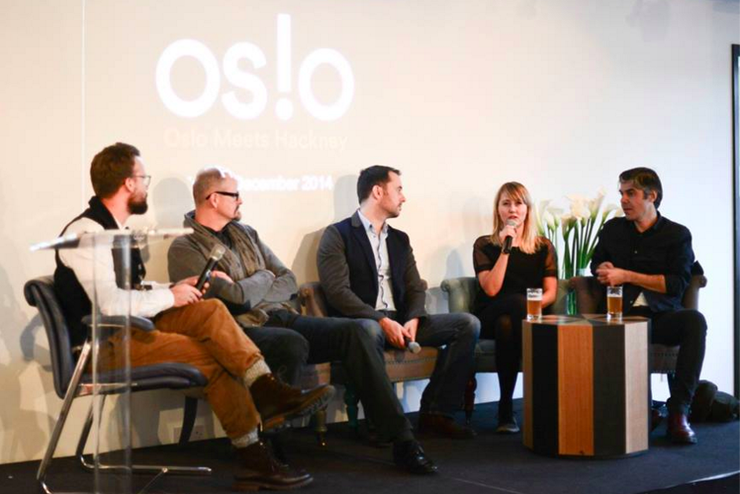 There is also a nuanced sense of motivation that connects to solving a problem and contributing to society. It could be a mixture of different things and I think that as we look to the coming decades, the Nordic culture of entrepreneurship has very valuable DNA. A, I think the Nordic countries are going to be very successful, and B, I think we can all learn a lot from the entrepreneurial culture they are developing.