Glasgow's TAKTAL is 'an agency that initiates the creative use of space'. We talk to Co-Director Helen Teeling about connecting grassroots engagement with strategic regeneration opportunities. 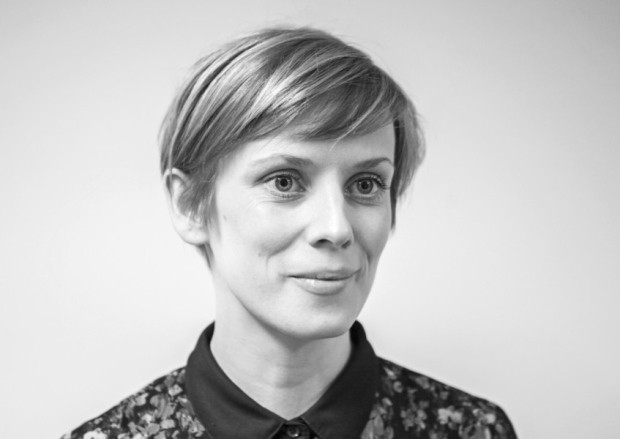 Can you share what is currently happening at TAKTAL?

At TAKTAL, we are interested in the reimagination of space to create cultural, social and economic value. One of our clients is the Whisky Bond here in Glasgow and we connect the space with a creative audience.

We have our own client-based work and work on our own self-initiated projects. Currently we set up and run a research blog that’s now becoming an event platform called Agile City, looking at how grassroots activities within the urban realm can be more connected with strategic development opportunities in a regeneration context.

We’ve been using the context predominantly online as a place to publically share areas and projects of interest that are happening all around the world that are particularly innovative, or are making use of vacant spaces. We are using the platform to get a better understanding of cultural and community projects. We analyse also the business models, the governance and community engagement aspects. We’ve been informally running the blog for just over a year. 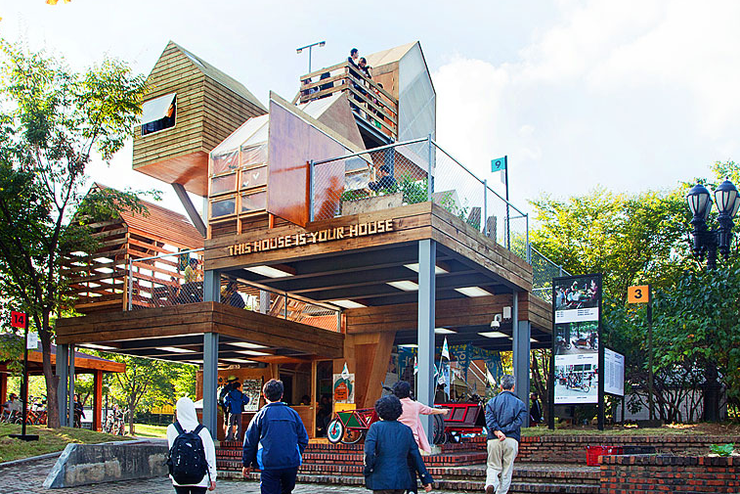 An example of one of the projects Agile has documented is Open House, a community-designed and built structure in the city of Anyang in South Korea, showcasing the unique qualities of the local community

This year we’ll be running, as a sister to that, a project called Test Unit. It isn’t launched yet but it is imminent. It’s based in the north area of Glasgow around the Whisky Bond location. The area is currently undergoing cultural regeneration, with a lot of focus from Glasgow City Council, Scottish Canals and a regeneration company working in the area.

We are looking at how lost cost interventions and creative solutions can inform strategic development. We’re designing and running a summer school events programme in July that will be bring together a cross-disciplinary group of participants, as in designers, makers, architects, policy makers and local councils to look at the issues and challenges within the area. During that week we’ll be prototyping and generating creative solutions to the challenges that are raised.

We’ll also have music, talks and debates. As well as the many grassroots organisations in Glasgow. It’s open to a national and international audience, people who want to come over to the city to spend a week involved in discussing social regeneration. An aerial view of North Glasgow, an area where TAKTAL is currently partnering in creative and cultural regeneration plans in 2016

You’re a member of the Hub Steering Group, British Council’s informal steering group of UK and European hubs… How are you involved with the network?

It’s really interesting as an ongoing process and group. Group members have not all met physically, but it’s interesting that you still feel like you’re getting to know each other. It’s a very diverse mix of people who are working together in different sectors and fields with different experiences. It’s a very rich group with a lot of value to be had from regularly meeting and talking with each other and finding out what each member is up to and learning each other’s skill sets and expertise that might not be totally relevant right now, but definitely in terms of potential projects or collaborations in the future.

It’s great that British Council have an industry-based network that they are feeding into and is positively being fed back out for us to understand what the Council is doing strategically and what the deliverables and activities are under its bigger vision—and how we as members can align with that.

Personally, there’s more to be had from the steering group in the future. A focus for me for this year is to make effort with the Hubs Steering Group to connect outside of our monthly or quarterly meetings online. I’ll look forward to delving more into the hubs that other members are running and developing to glean more insights. There is so much value to be had and it’s very much in progress. 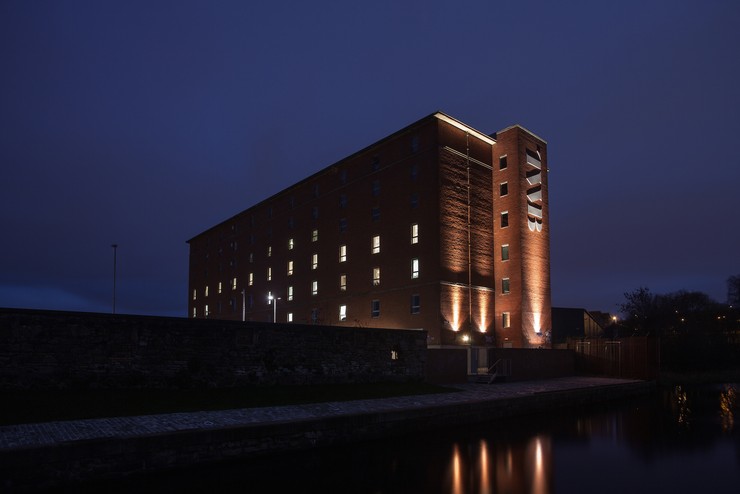 Located in Glasgow's creative quarter, The Whisky Bond is a transformed six-storey warehouse offering coworking, studio, office and production space in the city

Has your connection to the Hubs Steering Group influenced your work practices?

Yes, off of the speed networking session at the Creative Hubs Forum in Lisbon, we’ve adopted a similar format at the Whisky Bond. It works so well. You get six minutes to talk about your projects or business and exchange information. Within that short space of time you can learn so much, and realise there is so much more to potentially talk about, or not as the case may be.

The group also really informs our notion of a community that’s establishing itself, that a network exists through our connection to British Council, Creative Economy and the Hubs Group—and in an even broader context too. People who I met at the Forum I have since met at other events, conferences and workshops. I was at the European Lab Forum in Lyon last May and there were people I’ve met through the Brussels forum. In the last year it has led to a nice flow of understandings, contacts and relationships. I feel proper connections can be established and work can be produced.

What was nice too about the Lisbon forum was that we spent a lot of time with Scottish-based hubs. Even within the same country or the same city, you don’t always spend time talking critically to each other. We realised how important it is that time is generated towards research, conversations and explorations.

One of the things we were talking about in Lyon in conversation about hubs was the notion of business exchanges, research trips and how we can, as a network, spend time in each other’s cities to gain an understanding of how people there run their creative hub or agency. It can help us to be better informed by different approaches and business models, and how people manage their communities.

That is a mindset that TAKTAL is very in tune with. We might not be able to do something with it right now. But thinking ahead there is value we can gain spending time with other businesses and hubs in other cities.

What is the top insight you’ve learned from being in the Hubs Steering Group and connected with Creative Hubs in the UK and Europe?

There is a defined digital community, but also the beginnings of partnerships and collaborations that are working. I think the biggest insight for me, though also through TAKTAL’s interest, is in learning business models and how hubs can be more resilient—discovering how best that can be shared.

Something Rob and I have discussed recently is how we can improve property development literacy within creative and cultural industries. We’re operate within the Whisky Bond that has a very particular construct of commercial development and regeneration, though as an art organisation. It is a commercially driven building that has a resilience to it and all the learnings we can take from here, we want to work on how that can be disseminated among the creative industries to make them more resilient. I think for me there is still a lot of insights and learnings to be gained, there is a lot ahead which great.