Helping to create an enterprise eco-system in the Western Balkans 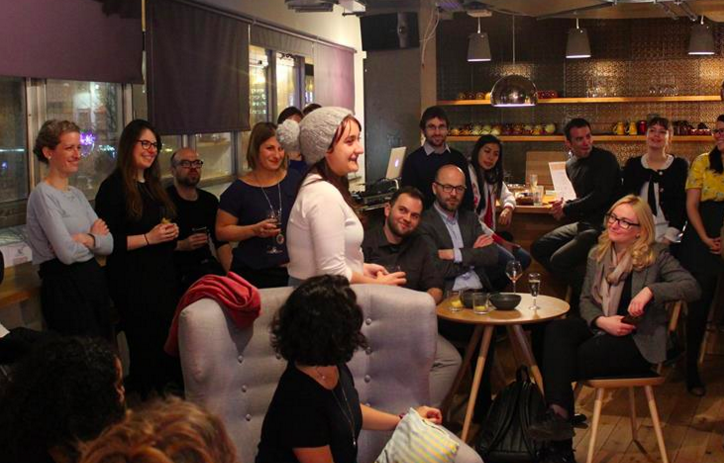 The Trampery and British Council welcomed a delegation of five new entrepreneurs and ten policy makers from the Western Balkans during their visit to London, March 14-18th

At a business forum event in 2015, the US ambassador to Serbia, Michael Kirby was quoted as saying, “It seems to me that you mostly export young people. You should find a way to keep them and export other goods more.” It’s an observation that could apply to the Western Balkans region as a whole. The young people in question have been driven away in part due to lack of employment opportunities in the region, which records the highest rates of youth unemployment in the world: over 60 percent in both Kosovo and Bosnia and Herzegovina, 54 percent in Macedonia.

But a new generation of young entrepreneurs are determined to change that script. They are creating employment for themselves and others by starting their own enterprises. And policymakers in the region are now looking at a variety of ways to help these businesses grow and flourish.

We’ve been playing a role in this story through working in the region to promote entrepreneurship in the digital and creative industries. Over the last six months, we’ve been supporting British Council Macedonia in their delivery of a six month programme to develop youth enterprise in the region, drawing on experience and best practice examples from the UK. 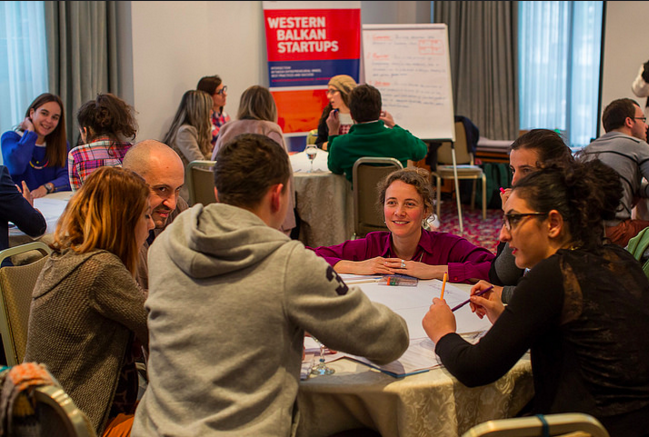 The programme targeted two different audiences—decision makers and young entrepreneurs—involving participants from five countries of the region: Bosnia and Herzegovina, Kosovo, Macedonia, Montenegro and Serbia. The policy makers were brought together at a regional conference in Skopje in November to discuss new approaches to promoting enterprise and the young people were offered start up skills training.

With ideas from the UK shared with both groups, Charles Armstrong, successful entrepreneur and founder of some of London's first creative hubs, gave his insight to policy makers on how and why London—and its creative hubs—is a dynamic breeding ground for so many successful startups.

Alongside that, nearly one hundred of the region's most promising early stage founders gained skills from taking part in Nesta Creative Enterprise workshops. A subsequent startup competition—with Charles Armstrong on the judging panel—saw a selection of workshop participants win seed funding to get their ideas off the ground, while five of them were additionally invited to come to the UK on a insight visit. 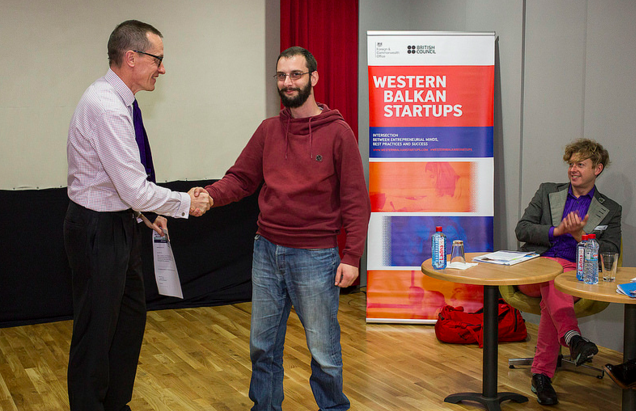 I was part of that judging panel and I was very impressed with the range of ideas and entrepreneurial spirit presented. Charles, who through his work has come into contact with thousands of young start ups, was impressed too. Of the talent presented at the Youth Entrepreneurship Challenge, he says, “The ecosystem as a whole is at a very different stage than the UK and there are some ideas that reminded me of great ideas I’d seen successfully develop in the UK a decade ago.

"So it’s very important that there are entrepreneurs like that coming forward. But at the same time there were entrepreneurs that had ideas that I hadn’t seen anywhere in the world previously.”

This week, both groups are in London. The regional policymakers are spending their week engaging with different successful approaches to promoting enterprise, through meetings with the likes of the Peter Jones Foundation, Tech City and Goldsmiths. We’re hoping these key Western Balkans decision-makers will use the information they glean to empower the next generation of young entrepreneurs. 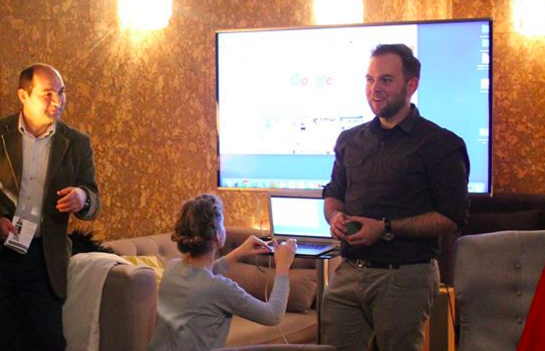 During the Balkans Start Up visit, at The Trampery, Leke Zherka presents the ideas and innovation happening at BONEVET, the first makerspace in the Balkans area

As for the five winning young entrepreneurs, they’ve been welcomed by Charles into one of his own hubs, The Trampery, where they are co-working alongside peers from the UK. The young entrepreneurs include, Leke Zherka, the pioneer behind the first makerspace in the Balkans, BONEVET, which has a focus on using making techniques to develop children’s “resourcefulness, creativity, innovation, curiosity, motivation, technical know-how, and playfulness”.

Another of the winning business ideas, SAVVY, is also aimed at children, but this one seeks to develop their English language skills through play and creative activities. And, in a move that would no doubt hearten the US ambassador quoted above, a third winner moved back to Serbia from Canada to launch her film production business as she could see the potential in the region and wanted to be part of it again. So perhaps the tide is indeed turning and products and ideas—rather than people—are now set to be the new growth export from the Western Balkans.

Caroline Meaby is Senior Programme Manager at Creative Economy. Western Balkan Startups is an initiative led by British Council Macedonia and the Creative Economy team with the support of the Foreign and Commonwealth Office.