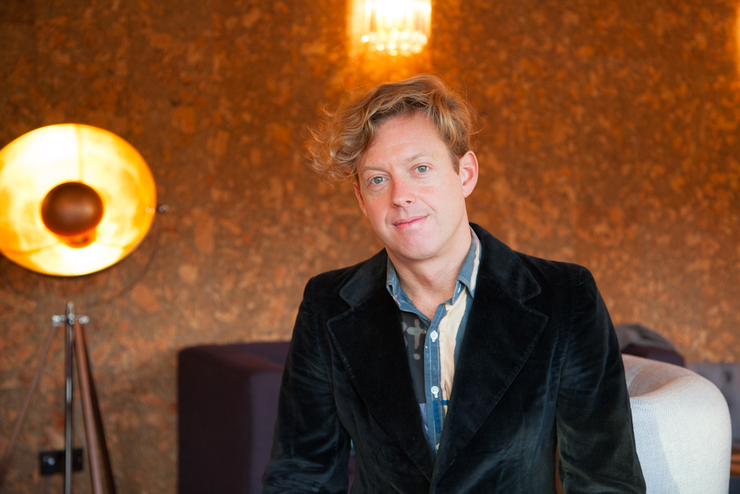 As the Founder of The Trampery you’ve very recently announced news of Fish Island Village in Hackney, a new affordable living and working space for creative entrepreneurs. One of the things that stands out about it is the development’s commitment to including family homes. Why was that important?

I think there is a lazy tendency to think that creative entrepreneurship is just about young people. It’s very clear that you can’t form strong, durable communities which only have young people in them. Multi-generational communities have all kinds of benefits. There are entrepreneurs and creative people at every stage of life and as people progress through life they gain experience. In Hackney Wick and Fish Island, where I’ve lived for the last two years, there’s relatively little provision of housing that is suitable for families. What I’ve seen over and over again is people who have children, and are in the creative industries, having to move out of the area even though they don’t want to.

The main focus with Fish Island Village is affordability, and it attempts to create significant possibility for creative people to continue to have a place to both live and work in the right areas of London. Within that context, I wanted to ensure that this offered a range of accommodation that would meet the needs of people at different stage of their lives. 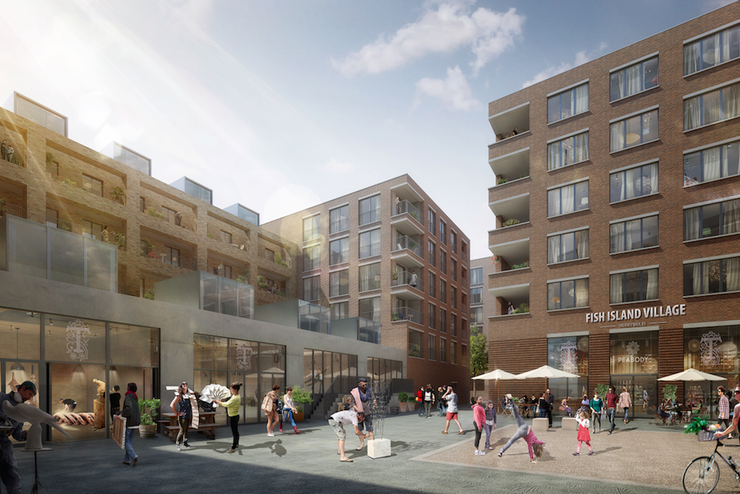 The affordable working and living community in Fish Island Village will be a leading, innovative design for creative and technology entrepreneurs and their families

Do you foresee the UK leading the way regarding a culture of working and living spaces like The Trampery and Fish Island Village?

There’s a scale of activity in London that is remarkable at the moment. San Francisco may be the only other city in the world that has a similarly large number of creative hubs. Looking around the UK, every major city has a well-defined ecosystem and has its own physical spaces. The UK was an early mover in recognising the value that hubs have in capitalising a local ecosystem and helping it grow.

There’s something very specific happening in London because of the wild property market that simultaneously makes it very hard to do things because everything is wildly expensive. That creates an urgency for innovation. It not a coincidence that a new model like Fish Island Village is happening in London because there is the greatest need for it. There is also a lot of activity around property development that creates a fertile environment for disruptive ideas. I foresee London producing a stream of innovations that will be looked upon by the rest of the world and I think the UK as a whole is going to stand as a very strong case study nationally. 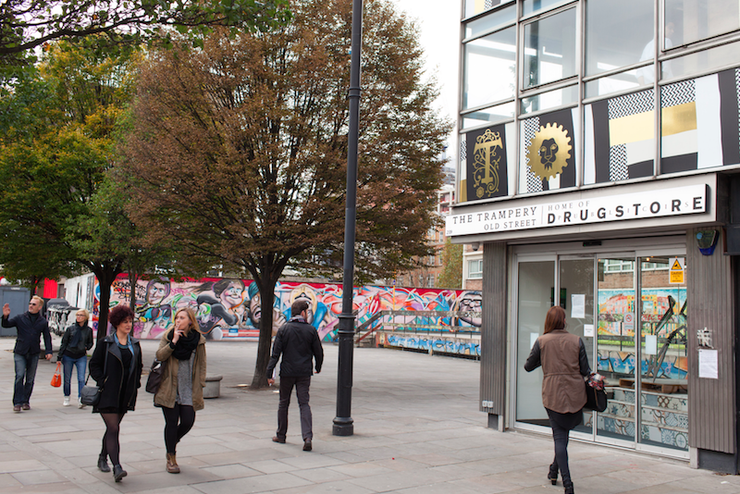 What can the next London Mayor do to encourage Creative Economy in the city?

I actually had a chance to spend some time recently with the business advisors of one of the new mayoral candidates—though I won’t say which one—talking about this very question. I think that it’s easy to overestimate what a mayoral administration can do. There is so much that is in the hands of the markets. Though there are some very tangible things and one that I suggested is an extension of the affordable homes mechanism to create a category for creative industries and entrepreneurs, really recognising how vital they are to the overall health of the economy.

(But) sometimes they have the least ability to pay, (for example) entrepreneurs who are taking the first step or people in creative professions like theatre, where average incomes are pretty low. We can’t afford to exclude those creative people from this city. And so thinking about the way of using existing housing regulations that can help to ringfence some provision for people who have great ideas but have very little wealth in those categories—essentially that’s what we are doing under our own steam at Fish Island Village. Though with the right regulatory framework, the GLA could make it something that is scaled across the city. 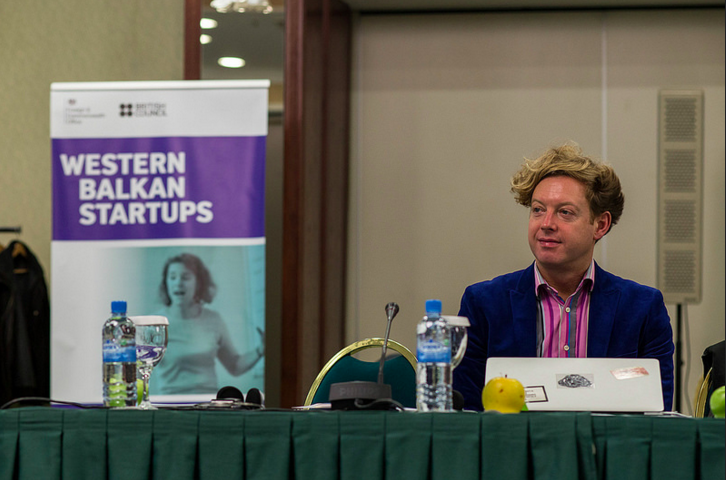 You spoke about workspaces for innovation in Skopje in November at the Youth Entrepreneurship in the Western Balkans Regional Conference. Can you share your insights of the entrepreneurial scene in the region?

With my first time out in the Western Balkans, I really didn’t know what to expect. Though the quality of the entrepreneurs and the ideas that were proposed were really exciting. The ecosystem as a whole is at a very different stage than the UK and there are some needs to be filled that were covered perhaps a decade ago, so it’s very important that there are entrepreneurs coming forward. But at the same time there were entrepreneurs that had ideas that I hadn’t seen anywhere in the world previously.

The beauty of the British Council’s project there was that it wasn’t just technology involved. That would have been too easy. With it being right across the creative sector, you had people coming from craft backgrounds and with fashion-related ideas. There were so many interesting directions that you could see people heading off in.

Another value of the competition was the relationships that it helped to build between those entrepreneurs because the communities in each of the cities across the region are really quite small, so the more there can be a sense of movement across the region and people co-operating with one another, the more support that will provide to each of them.

Charles is supporting youth entrepreneurship in the Balkans by hosting our delegation of young creative entrepreneurs from the western Balkans this week.

Founder and Managing Director of CodeBase, Jamie Coleman, shares insights behind 'the fastest growing tech incubator in Europe,' and why he believes human creativity is today's greatest business advantage

In the second of a two part series, Charles Armstrong chats to us about some of best innovations that have emerged from The Trampery and what he believes can be learned from Nordic work and life practices

Helping to create an enterprise eco-system in the Western Balkans