Spotlighting creativity in the City of Discovery, we talk to Director of Creative Dundee, Gillian Easson, about her big plans for the city and her work supporting global hubs 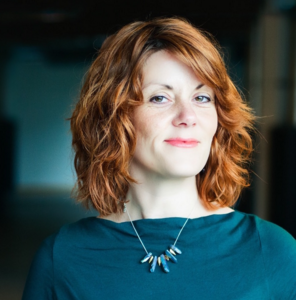 //  What are the latest projects coming out of Creative Dundee at the moment?

As UNESCO City of Design in 2016, we have a big design festival coming up, the Dundee Design Festival. Right now we are about to embark on developing a creative industry strategy for the city, co-designing it with members of the creative sector. We’re aiming to figure out what a small but very exciting city has got to offer and what it’s current challenges are.

We’ve designed a programme to help us figure out what’s much needed in the city. It’s probably quite a new approach for other cities but it’s one that Dundee does quite well in terms of working together with its citizens and the sector. Meanwhile we continue to do a lot of work around hubs. 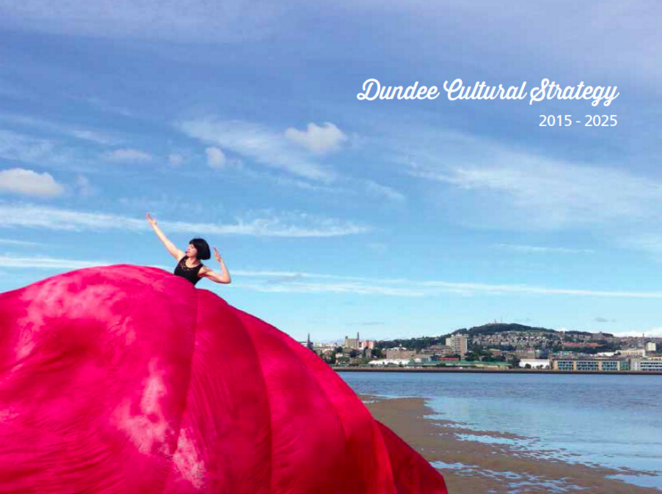 //  You were a key author of the Creative Hub Toolkit. Can you share your experience of collaborating with others on it?

It was a great experience. It gave two networks, Creative Edinburgh and Creative Dundee, the opportunity to work together for the first time. Even though we’re not many miles apart, we hadn’t worked on anything collaboratively, so that was great in itself. It was great that we were also working with British Council, specifically the offices in Portugal and Spain.

Having all those partners could be challenging...but in a positive way. I hope what it’s done is brought together pieces of information that we all had in different parts, but now it’s all been pulled together. What we were keen to do with the toolkit and with our collective ethos was to focus on the community aspect of hubs—because often when hubs are spoken about, it’s in a very black and white, go and find a good physical space with windows, that kind of thing. What we wanted to focus on was the people element—about how do you build a strong community. 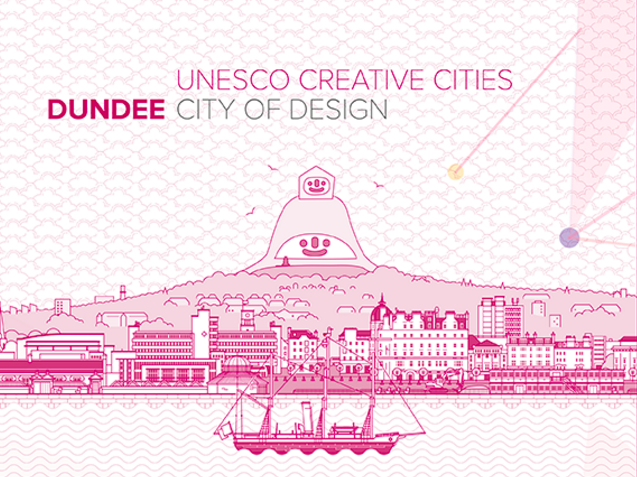 It was also great that we brought in a Scottish illustrator, Martin Baillie. We tried to use imagery that would work across languages, because again that’s a challenge when you’re a big organisation like the British Council, when you’re got so many people from all around the world tuning in. So we tried to focus on the design of the toolkit as much as the content.

Plus it was lovely seeing people in other countries getting their hands on it, because it was a free resource and it is very open in its approach. It’s been really positive and now we are looking to how we build on that, which is the big project that we’re all now involved with.

//  You are part of our Hubs Steering Group, which is advising on British Council’s hub work in Europe and beyond. How has this been beneficial to you, professionally and personally?

I suppose as a ‘small’ city—though less so recently—it has been a great opportunity for us in Dundee to work with other hubs from cities of different sizes. Having the regular meetings has been really useful for getting a sense of what other people in other hubs are doing, and what the future looks like for other hubs. 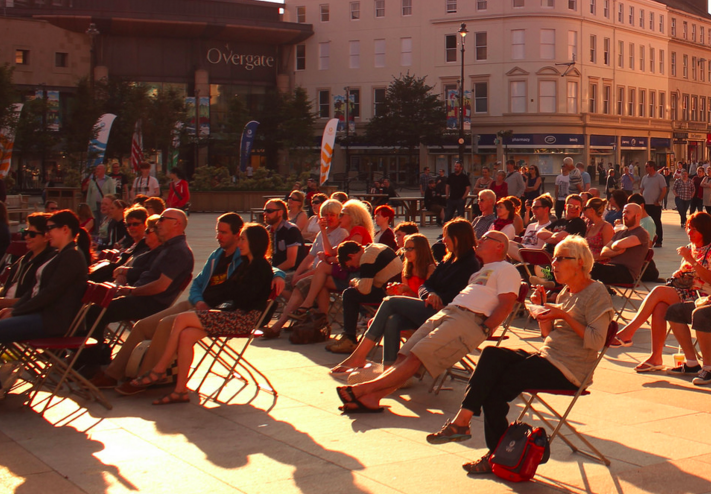 //  Has there been a number one learning you’ve taken from the Group to date?

I think having the opportunity to take part in the Lisbon Hubs Forum. With over 300 people brought together, it was great to meet those who were doing the hard graft of keeping a community going, whether it’s virtual, whether it’s physical, digital or a cluster. The top learning from me has been that peer support and the importance of that.

There’s a great sense that there are other people out there trying to do the same things, and are facing similar challenges—for example, how do you demonstrate the value of your hub.

I spoke at the Forum and it was hilarious as Janine (Matheson, Director of Creative Edinburgh) and myself were asked to run a speed networking session with the 300 people and we used the Benny Hill music and every time people had to move it was just chaos. It was carnage, but really good fun. 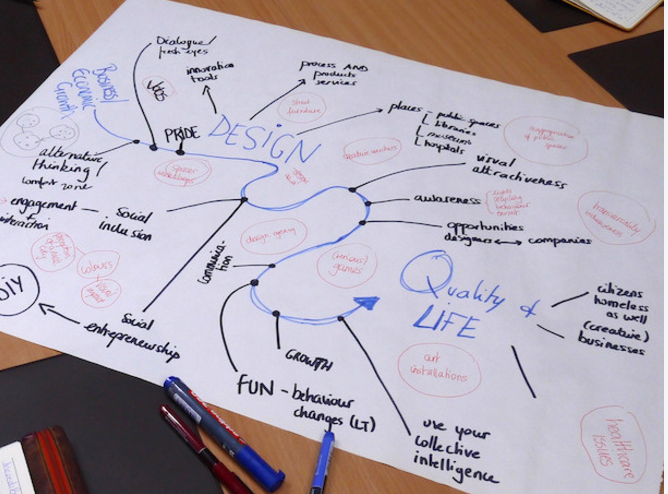 //  Are there any cities that you have made connections with?

Yes. Last week I was in Porto and wrote a blog about it. I was going around a lot of creative hubs as part of a European study visit, and what they face in Porto is very similar to Dundee, in that it’s a fairly small city that’s attempting to regenerate themselves through culture and have quite a lot of challenges still. There’s an organisation called Addict, which is part of the new European Hub project, who were the hosts of the trip. They are similar to Dundee in that they do a lot of interesting stuff.

We’re trying to figure out a way of finding who else is out there and that is also something British Council are looking at and are taking the lead on how can we make that information exchange.

Announcing the launch of ECHN, a new two-year European Commission-funded project supporting the growth and development of European creative hubs

We're seeking a contractor to produce an online research publication analysing the value of creative hubs to UK cities: new centres for enterprise, leadership, culture and collaboration. **THIS IS NOW CLOSED**

Creative HubKit: made by hubs for emerging hubs

The Creative HubKit is a free toolkit for people looking to set up a hub. It is made up of best practice examples, helpful experiences and tried and tested approaches from some of the most successful hubs in the UK and Europe.