Creating a more playful future for children around the world: $50,000 funding awarded to innovative ideas from the UK, the Philippines and Singapore through the ELEVATE Startwell Challenge. 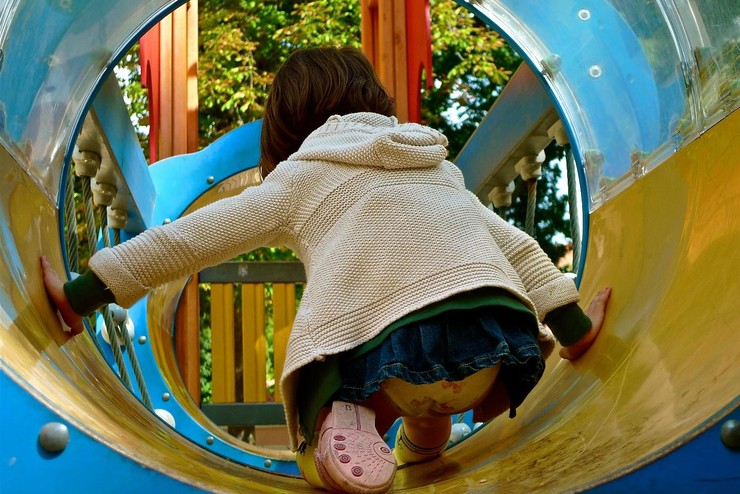 A future that features temporary pop-up parks where they’re needed most, safe urban areas for children to play in developing parts of Asia, a contemporary city hub to research how parents and children can thrive, and a global digital map of traditional cultural games. These are some of the elements of the four ideas selected to receive ELEVATE funding this year.

The Lien Foundation and British Council have announced the recipients of $50,000 to create a more playful future for children across the world. Early childhood play is one of the most crucial building blocks for a positive future, so the organisations invited international perspectives on how play opportunities could be enhanced for the future, in the face of a rapidly changing society.

The ELEVATE StartWell™ Challenge invited applicants to present innovative concepts to improve the element of play in early childhood (0-8 years), reimagine urban spaces and playgrounds, and the way young children interact with space.

About 70 entries were received from a diverse range of countries in Asia and the UK across disciplines that included design, architecture, early childhood, performing arts, technology and communications. 12 exceptional creatives attended the ELEVATE Innovation Camp hosted by Yamaguchi Center for Arts and Media [YCAM] in Japan in February. Over the course of a week, the creatives explored the potential of their ideas, testing them on local Japanese children and collaborating across sectors to share skills. The panel of judges consisted of a wide range of individuals and organisations including Joshua Comaroff, Director of Lekker Architects (Singapore), Jacqueline Chung, Principal of St James’ Church Kindergarten (Singapore), Anna Salaman, Head of Programming the ArtScience Museum (Singapore), Shelagh Wright, Associate of Demos (UK) and ELEVATE Camp Facilitator, and Petteri Ikaheimo, APAC Director of international playground manufacturer Lappset.

The judges identified the most exceptional initiatives from the ideas the 12 ELEVATE Fellows submitted for potential funding through both scoring and qualitative discussion. Ideas came from England, Scotland, Singapore, Malaysia, Indonesia, Philippines, Australia and Vietnam and included individual proposals, collaborations across countries, and submissions from organisations.

Mr Lee Poh Wah, CEO of the Lien Foundation says: “There are not enough playful organisations that understand the importance of play and its long-term impact on a society’s economic, cultural and creative capital. British Council is one of the few to recognize and release the power of play in its spheres of influence. Together, we hope to inspire not only individuals, but also organisations all over the world, to consider the potential behind elevating play for the improvement of societies. We see these possibilities in the ideas of the Fellows who have broken down barriers by appropriating urban landscapes and everyday moments for play. They have created and opened up fresh spaces – physically, mentally and socially – for us to expand the boundaries where learning and play can take place in the future.”

Ms Katelijn Verstraete, Director Arts at the British Council East Asia says: “It was a challenging task to select the best ideas as every single Fellow demonstrated in their own uniquely talented way throughout the programme their commitment and belief that more creative approaches to play are key in preparing children for a world where imagination, collaboration and innovation are essential. We feel extremely privileged to support the ELEVATE Fellows as we know that their work is influencing and transforming how parents, teachers, local communities and national governments view the importance of play not just for children but for society as a whole.”

POP UP PARKS, by James Sale, UK ($20,000)
Pop up Parks create vibrant spaces in urban environments that encourage children and families to spend more time being playful, creative and active outside the home. The initiative transforms under-used urban places into playful outdoor environments for children, their parents and carers. These spaces are where families live and where they spend time: near to housing and on community streets.

Pop up Parks begins by working with communities for a sustained period of up to ten weeks popping-up a number of one-day park events. With each community, the team then co-designs and develops a legacy plan to ensure that they support people to create new and enriching environments that are made to last.  Pop Up Parks specifically work with communities in densely populated areas where families are on lower incomes and the design of the built environment has led to dead and under-used spaces.

GREAT URBAN CHALLENGE, by Francis Sollano, Philippines ($10,000)
The Great Urban Challenge addresses Livability as everyone’s concern and something children would have to learn about in their early years. This is the reason for revitalising communities by creating interactive green-art parks that can make the children’s recreation and environmental awareness strong.  The Great Urban Challenge aims to revitalize decaying urban spaces through urban farming in a multi-stakeholder model.  These efforts will in turn enhance the children’s quality of life and the community’s future.

PLAYEUM, by Sumitra Pasupathy, Singapore ($10,000)
Playeum is a Singapore based organisation, which is focused on creating real social change and driving advocacy for play in Singapore, particularly with an emphasis on parents. Using research, advocacy tools and pop up events, Playeum creates opportunities for parents to take action, to change the environments in which their children grow and develop, and to activate other parents to do the same. Children will be the ultimate beneficiaries, and with a dedicated centre for Playeum opening on August 2015. 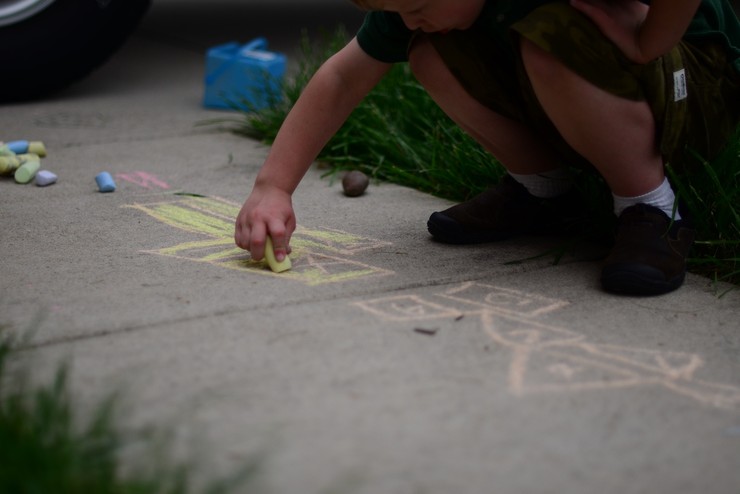 The other 8 ideas submitted in the final stage of the ELEVATE StartWell™ Challenge included an inclusive play space for children with disabilities, a memory-recording music box, a wearable technology based exploration of outdoor play, a proposal for city-redesign for kids, and more. These ideas and their creators are continuing to be developed and nurtured by the British Council through their ELEVATE Fellowship which connects innovators to international networks, mentors, education opportunities and more.

Jacqueline Chung, Senior Principal of St James’ Church Kindergarten (Singapore) "The ELEVATE Fellows' winning entries demonstrated creative ideas to reconceptualise play for young children in a variety of contexts and spaces. The concept of the 'Pop-up-Park' offers creative play possibilities especially in unlikely spaces that may initially not appear to be as conducive for young children's play.  On the other hand having dedicated play spaces, like Playeum, to spark children's curiosity and inspire their creativity in an innovative and playful way, has the power to transform society's view of play for young children in a more sustained manner."

Shelagh Wright, Associate of Demos (UK) "All of the fellows on the ELEVATE programme are talented, committed to social development, and playful people who are a joy to work with.  The quality of applications for the Challenge was high and all the ideas put forward are really worthwhile.  It would be great to see these proposals turn into reality and given the huge energy and commitment of our fellows, I'm sure there will be more play in the world.  Play that is needed to give us well-balanced children with the capacity to collaborate, imagine and create new futures for themselves and the societies they will shape."

Developed and presented by the British Council, ELEVATE is a programme which attracts international creative innovators to local challenges with global relevance, where they can work with peers and experts to apply their creativity and cultural knowledge to exciting new outcomes for social change in areas such as Health & Wellbeing, Education & Play, and  Sustainability and Urbanisation. Fellows receive mentorship and support to develop their creative concepts.

In 2015, the ELEVATE StartWell™ Challenge was developed in partnership with Singapore philanthropic house the Lien Foundation in line with their StartWell™ initiative, which aims to rethink the priorities of childhood in Singapore. The partnership grew out of a mutual concern for social issues and an ambitious approach to harness creativity and values-based decision-making. Both the Lien Foundation and British Council work with diverse networks of international and local experts and communities who, through extensive research and experience have highlighted early childhood play as a key area for further focus and development. The organisations both hope that an investment in finding new and creative solutions to social issues such as the impact of developing global changes on play, will result in some exceptional developments around the world. .

To find out more about ELEVATE or to become an ELEVATE partner for future Challenges, visit www.britishcouncil.sg/elevate-challenge 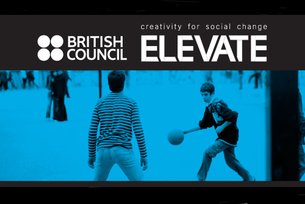 As the ELEVATE Innovation Camp comes to an end Beccy Shoesmith, Creative Economy Programme Manager for MENA and East Asia shares her reflections.

We selected 12 creative practitioners from across the UK and East Asia to travel to Japan to re-imagine childhood play.

Are you a creative practitioner and problem solver interested in re-imagining the future of childhood play? Would you like to travel to Japan? Apply for the ELEVATE Startwell™ Challenge: Reimagining Play