Things you want to know about the South Korean startup scene

Tom Metcalfe, Design Consultant and Co-Founder of new startup Rain Cloud travelled to South Korea to deliver a one day idea generation lab for the Korea/UK Catalyst programme. Tom blogs about his experience. 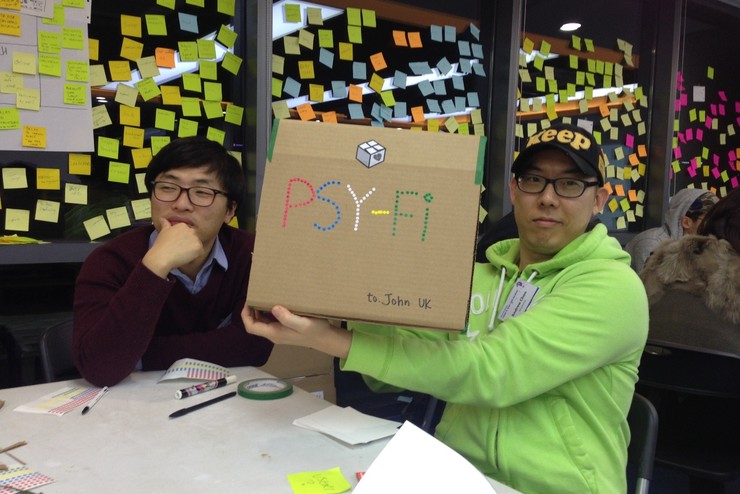 I was invited by the British Council and the Korea Foundation to run an idea generation lab for UK and Korean startup founders.

The purpose of the lab was for the participants to discover and discuss the differences and similarities between one another and UK/Europe, Korea/Asia. Additionally, it was hoped by working together in the lab and in lab conditions, new collaborative or business opportunities would emerge. Each day was programmed with various visits to co-working spaces, accelerators, social enterprises, restaurants, whilst still offering opportunities to discover Seoul on our own.

On day one we were introduced to the startup scene in Korea and the Korean Market. Nathan Millard of beSUCCESS talked to us about startups and business in Korea. Large corporations dominate. Samsung, LG and Pantech have 85% of the market share with Apple only 14%.

We learnt about the Korean Unicorn Club – Korean software companies valued at over $1 billion by public or private market investors – the big ones being Kakao, the most popular messenger app in Korea, and LINE, the most popular messaging platform in Japan, both having wide global adoption.

Interestingly, local players lead the local market. It has been very hard for the Internet giants like Yahoo and Google to establish themselves in Korea with Yahoo giving up completely. Google are only now just gaining some traction on local companies like Daum and Naver. It appears local leadership of local companies have the most success.

Nathan suggested Korea was at a tipping point, he believed that the next five years there’ll be another 10 Unicorns. He thinks this is due to the increase in quality of founders and a focus on global-ambition. Additionally, there has been a significant backing from government, through venture capital infusion and many entrepreneurship programs, co-working spaces and accelerators.

Here's a list of Korea’s top investors, co-working spaces, accelerators and the current (2014) hottest startups that we were introduced to (thanks Nathan): 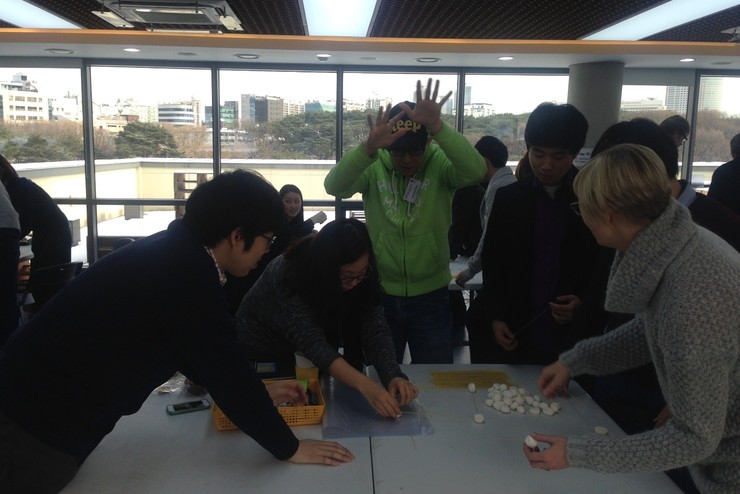 The UK participants had programmed visits or had meetings arranged with a number of the above.

My lab went well. We achieved what we set out to achieve. We wanted to create a space where everyone could meet one other, discuss a wide-range of topics and generate some ideas. With no pressure to deliver a tight-pitch at the end of the lab, they delivered some brilliant and amusing pitches – it was a great group of people!

So for me, there are three main takeaways from the lab and my time in Seoul:

1. There has clearly been a huge injection of finance from the Korean government into startups. The government last year pledged US$3.2 billion in investment in startups and the ‘Creative Economy’ for the next three years. This is a significant investment from the government, and it’s clear they see the future landscape being as much about SMEs and startups as the large corporations.

2. This type of funding and encouragement for graduates to become entrepreneurs means there’s a debate around how much experience is needed before heading on the startup journey.  This was debated quite a bit during the week without an agreed answer, but Ta-hyun Kim (COO of Venture Square) said  that two previous experiences would be good before he would invest in that startup.  It’s an interesting discussion, especially as this directly relates to the way the government is funding young startups.

3. Finally, it was clear that the idea of user experience (UX), let alone experience design, is quite new for startups in Korea. This, with a few other things made me wonder, what the UK’s USP is towards innovation, startups and design? Whether that’s user-centred design, understanding the quality of user journeys, and customer experience or whether there’s something culturally significant in our approach, compared to others?

Additionally, it was interesting to think about the speed in which Seoul is growing and the way the people we met view tradition and globalisation. The comparison with the UK is pertinent as we’re trying to find our own identities in a global world.  However, as I mentioned at the beginning, local companies have the most success in Korea... Fuel for thought...

It was a great week!

I’d like to thank British Council, Korea Foundation and Nathan Millard for treating us so well. Seoul is an inspiring and exciting city, and the startup scene is booming. I’m planning my return already!

This week we're hosting an exciting and diverse group of Korean start-ups who have come to the UK to meet some great creative social enterprises.

In late November 2014 the British Council, Creative England and the Korea Foundation partnered to give ten UK creative and social entrepreneurs the opportunity to participate in a week-long development and cultural exchange programme in South Korea.