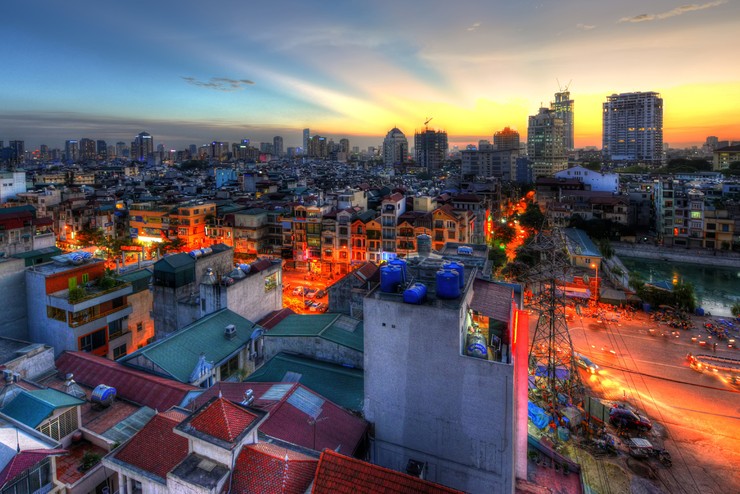 On 01 October 2014, Hanoi hosted a conference entitled 'Creativity and the City: Chances and Challenges for Vietnam', gathering experts from six countries to share what their thoughts and experiences of creative hubs and different models for hubs in Europe and South East Asia.

‘Creative hubs’ is still a new concept in Vietnam.  There are, however, a number of creative hubs in Vietnam operating under different labels, such as art spaces and art collectives. Looking at the poster exhibition of creative hubs, which was showcased alongside the conference, I could see that there are at least four prominent hubs emerging in Hanoi, Ho Chi Minh City and Hai Phong, a port city in the Northern part of the country.

‘It is interesting to create something new’, said Trung, a creative entrepreneur who is part of Hanoi Creativity, a newly developed hub only 300m away from the recently-closed hub Zone 9 in Hanoi.  Zone 9, despite being in existence only for about 10 months, has sparked energy amongst the creative people and artists in Hanoi, and is very much an inspiration for creative people in other cities in Vietnam.

However, creative hubs are more than  ‘an inspiration’, they can be a real economic driver for a city and key to the development of the wider creative sector. Baltic Creative, which is now home to more than 50 micro-business, as well as cafes, bars and restaurants, is  contributing 15 million pounds to Liverpool’s economy. This can also be true in a developing country like Vietnam. The creative hub Zone 9, at its peak, housed 64 creative businesses and generated jobs for approximately 1000 people.

The value of creative spaces lies not only in economic possibilities, but also in providing space to develop and exposure to new artistic work. Kampnagel, Hamburg, is an international centre for fine arts and one of Europe’s most renowned performing arts venues. The centre curates a multidisplinary programme with theatre, performance, dance and music, attracting around 180,000 visitors every season. Over in the Philippines, 98B Collaboratory is a fore-runner in multi-disciplinary platforms for contemporary art in the country.

Creative hubs can also be an important tool for urban planning, marketing and regeneration. Baltic Creative has helped transform a derelict corner of Liverpool’s waterfront into one of the city’s coolest hangouts. Zone 9, became Hanoi’s new destination, attracting thousands of tourists and helping to build a new image for Hanoi as a city rich in contemporary culture and creativity. Experts speaking at the conference shared these stories and much more, everyone speaking acknowledged the  important role and huge potential of creative hubs to transform cities, but also that there are always challenges ahead. 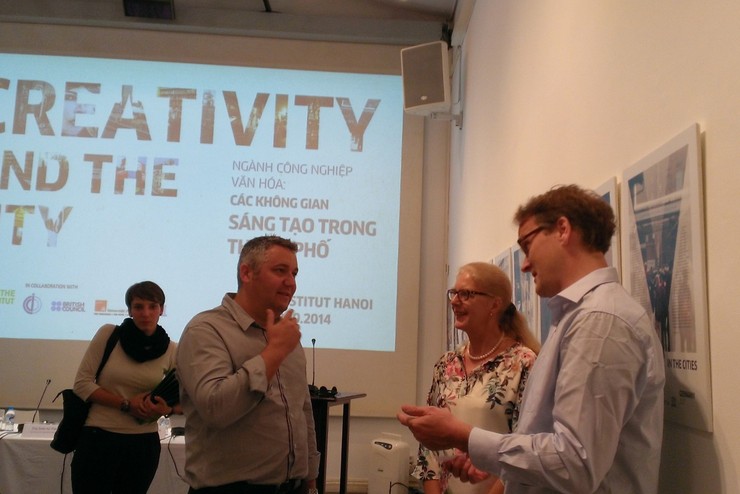 One of the key challenges mentioned by Mark Lawler (Managing Director of Baltic Creative) is how to meaningfully engage creative businesses. ‘It took times to build trust with them, I spent 2 years in the beginning just meeting and networking with creative people in the city’, Mark said. Even now, when the Baltic Creative is so well established, it is still crucial to communicate everyday with the members through social media, the website and social events. In 2013 there were 85  separate networking and social events for members of Baltic Creative.

Another challenge frequently mentioned during the conference was how to manage relations with the media, partners and the community. According to Minh, owner of one studio in Zone 9, one of their lessons is that they were unable to manage local media. News about Zone 9 was all over the place, it become a hot topic and thus, a ‘sensitive case’ in the eyes of the local government. Community engagement is also crucial to ensure sustainability and good relations . Mark Beau de Silva, Director of the Kuala Lumpur Performing Arts Centre mentioned how they actively organise workshops in local schools.

After the conference ended some of the audience were still eager for more discussion. Kathleen Azali, manager from c2o Library & Colaborative in Surabaya, Indonesia told me that she and an US-based writer, who is now living in Vietnam, will collaborate to write about creative hubs in Vietnam. The article will be published in Indonesia.

And I think that’s why a conference like this is important. It offers chances for people to connect, network, learn about others and reflect on what we have been doing. I believe it is particularly beneficial for Vietnamese creative experts. As the 'creative hub' is still a new concept here, it is good to know that you are not alone, and how meaningful your work is. Establishing and running a hub is not only a game or merely an experimental artistic endeavour anymore. It sets out platform to connect people, it helps expand access for arts and culture, and it offers opportunities for business collaboration and growth.

Lan Dang is the Creative Economy Programme Manager for the British Council Vietnam and helped coordinate the conference.

The 'Creativity and the City: Chances and Challenges for Vietnam was organised by the Goethe Institute Hanoi and  co-hosted by the Ministry for Culture, Sports and Tourism of Vietnam,  UNESCO and the British Council .