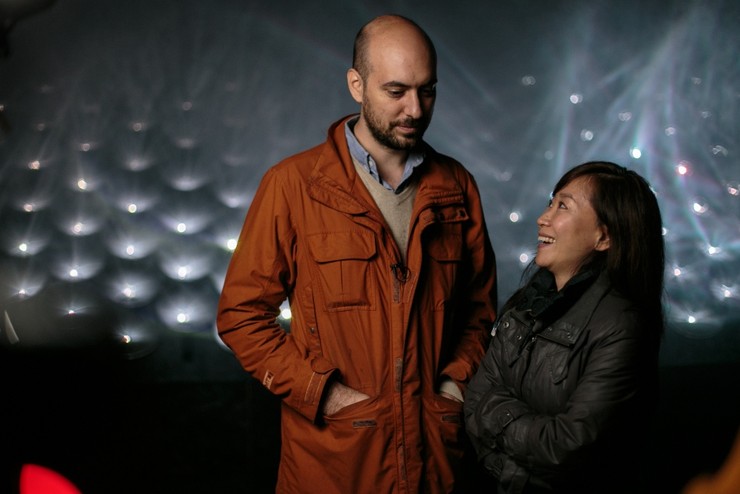 Elliot Woods and Mimi Son are the founders of digital art collectived, Kimchi and Chips. 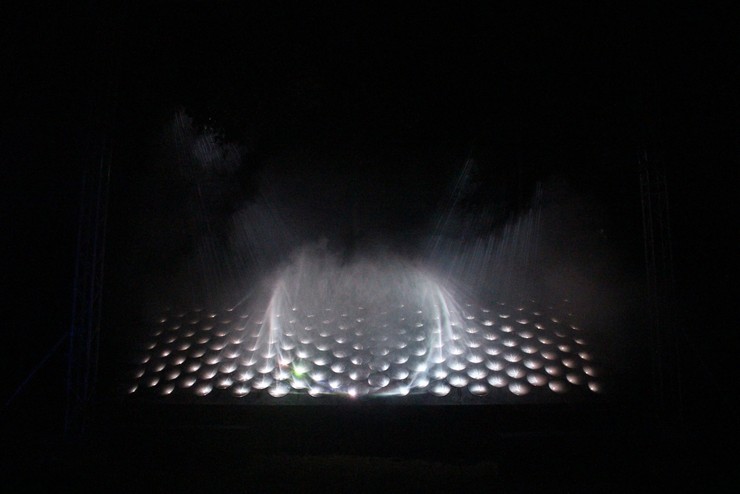 Light Barrier (2014) combines dozens of convex mirrors, scanning and projection technology to create phantoms of light in the air.

Light Barrier was co-commissioned by FutureEverything and the British Council. It premiered at New Media Night Festival, Nikola-Lenivets 4–6 June 2014.

Elliot Woods is a Manchester-born digital media artist, technologist, curator, educator - and co-founder of Kimchi and Chips, an experimental art / design / technology studio based in Seoul. We worked with them and FutureEverything on our second Culture Shift Russia programme (Digital Emulsion), and commissioned a piece for our Russian partner's annual digital festival - Nikola Lenivets' New Media Night.

Light Barrier (2014) combines dozens of convex mirrors, scanning and projection technology to create phantoms of light in the air. The piece creates floating graphic objects which animate through space as they do through time - and the effect is mesmerizing. 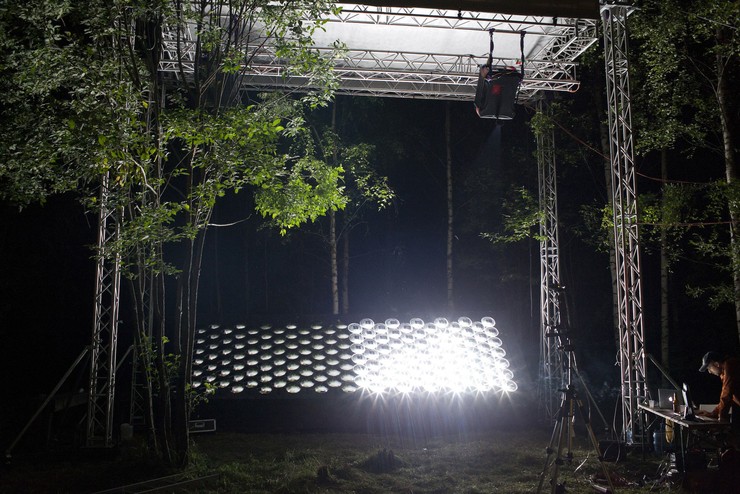 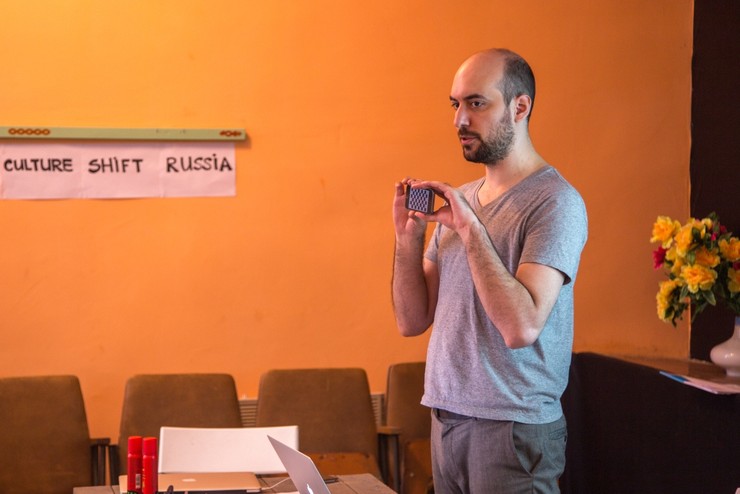 Elliot at our Culture Shift Russia workshop at Nikola-Lenivets' Art Park (May 2014).

How did Kimchi and Chips come about and what inspired you to start up the studio?
We started Kimchi and Chips to occupy the boundary between physical and non-physical space. We're fascinated with drawing, emerging crafts and the new laws of space and motion. We've always been researching these, and the studio has become an outlet to share our findings with others, and to find new types of things which span the material and immaterial.

The Culture Shift Russia lab you ran with Tom Higham (FutureEverything) had a focus on VVVV. Wha​t is this platform and what does it bring to media environments? What are the advantages of "real-time video synthesis"?​
VVVV is a graphical programming environment, containing a broad set of fundamental tools for visual synthesis, thinking about space, controlling electronics, and communicating with humans and other computers. It is often used for new media design, animation, interactive art and visual performance.

It is open-ended and gives you an entirely blank canvas to begin with. This can be daunting, and time consuming, but it allows for free artistic expression within a computationally open environment. Without a blank canvas, it is difficult to create something truly original, and the VVVV developers make efforts to respect that.

One speciality of VVVV is the ability to write code whilst that code is running, enabling you to change behaviours whilst they are being acted out in 'real-time'. This makes for a kind of jamming, allowing for tight feedback loops between design, code, ideas and testing.

Have you got a favourite VVVV arts/media piece?
This is really difficult to select. VVVV is of course an instrument, not a genre. Excellent works naturally transcend the tools which are used to create them, or anyway employ significantly bespoke toolchains. Within VVVV there are many works either beautiful, ambitious, thoughtful or otherwise works of passion.

One of these recent interesting examples is Captives by Quayola (http://www.quayola.com/captives-1/), which uses VVVV to create unfinished physical sculptures  in reference to works by Michelangelo. The work pushed new developments within the graphic capabilities of VVVV to create morphological distortions and additions to classical sculptures, which were then presented as static sculptures cut from blocks of material.

H​ow does the digital art scene in the UK differ from the landscape of digital art in Seoul and globally?
Korea's recent economic success is in no small part due to their dominance in producing digital hardware, and this eloquence with technology is mirrored in an early understanding of digital media arts branching from the early video artist Nam June Paik. Conversely, there are fewer prominent schools within the digital arts in Seoul as there are in London, and the community here is more fragmented.

4 Universal Everything from Sheffield.

Universal Everything is an award winning digital art / design studio based in Sheffield.