Follow our Head of Arts in Israel mentor a couple of teams at The Space/Tate Modern hackathon earlier this month. 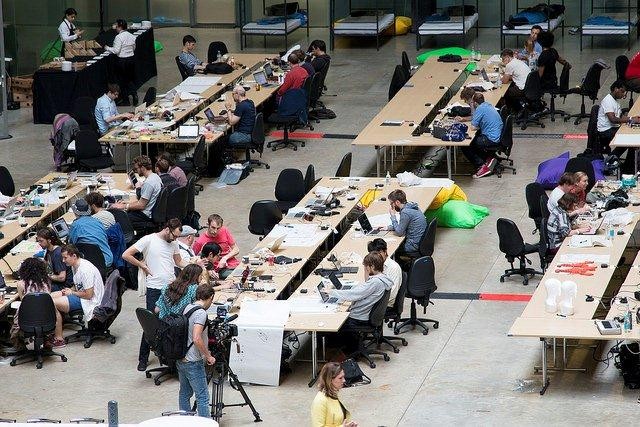 Ever since joining the British Council Israel 10 months ago, my dream has been to connect with the innovation happening within the UK’s creative industries. Its influence on me from a creative and artistic point of view has been profound and it has influenced important changes in my approaches as an artist and curator. From an artistic perspective, I found myself shifting to a space where artists become facilitators, atworks become platforms for participative engagement and art itself becomes a dialogue, and is able to affect change through its social impact and the expansion of its creative communities.

So needless to say that since my arrival it has been a priority of ours at the arts team in Israel to create the basis of a collaboration between the UK and Israel driven by this innovative and entrepreneurial spirit.

The invitation to join the hackathon launch of The Space project at Tate Modern’s Turbine Hall as a mentor representing  British Council seemed the perfect opportunity to take part in an intense and fascinating process of creative brainstorming, connecting art, technology and data. This connection between data and its (artistic) interpretation seemed a great way of identifying new forms of value and engagement which could be prototyped (and scaled up).  I immediately found myself working closely with two teams, one of which was composed by creatives recommended by British Council. Pharmaceutically-active crustaceans
Group 1 began working together,searching for an idea, and found a starting point on a Guardian piece on news on the US and UK ‘supermarket slave trail’ around Thailand’s production of prawns. Through intense brainstorming and idea generation process, the group finally decided to focus on an element from the article: the fact crustaceans had feelings and that pharmaceuticals, such as antidepressants, travel through our system and up in our water ecosystem. They connected hard and software by constructing lobster puppets which, when pressed, triggered “sad” tweets which were then played back through text to voice software. This in turn triggered a support tweet to the original sender. The beauty and simplicity of the project was to focus on the emotional connection between object (global shrimp trade/lobster doll) and representation (emotional relation to crustacean’s feelings / connection between consolation and social media). The speed with which the idea transformed into a coherent, simple and applicable project amazed me.

Glasshouse
Group 2 was a fascinating process to be a part of: I began the project with artist Charlotte Webb thinking about Tate Modern’s collection and the connection between the physical space and the amount of (intangible) information that each artwork possesses. By accessing the code of each artwork’s categorisation we began thinking about the curatorial process and its taxonomies. We then asked ourselves what would happen if we were to take out the artistic content while leaving the space untouched and opened up the possibility for users to create content of their own based on the themes and categorisations of the collection. From that moment Charlotte’s idea transformed itself from examining artistic curation to outsourcing the artistic process. Is this better? She and her team became the Tate building and the outsourced community became the content generators…  An incredible process to have undergone.

Both teams created incredible results and generated incredibly powerful, emotional and clear ideas and projects in the space of 24 hours. Projects which demonstrate the wealth and strength of social media to connect people, to expand, flatten and widen the creative discourse by virtue of the web, digital tools, our creative usage of technology and our desire to connect between people and create projects that have value – to other people…

Here’s to many more hackathons, encounters with incredible people and connecting people and ideas through technology and artistic creativity.

Our global hack programme which invites tech and culture communities to play and prototype. In partnership with Google (and many others!). #digitalinnovation 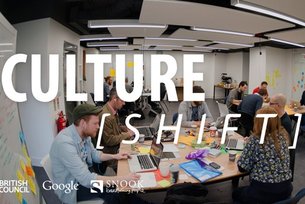