Culture Shift is our hack programme, running globally since 2012. The programme brings together creative, cultural and tech communities to initiate new ways of collaborating, while coming up with innovative solutions to social and cultural problems.

We have delivered two Culture Shift programmes in Johannesburg, South Africa with a variety of partners. One in 2012 with Social Innovation Camp and Impact Hub Johannesburg, and another in 2013, with CutureTECH, Tech4Africa and Jozi Hub.

For both, the programme took place over 3 days and involved 35-50 participants. The participants were put into teams and the 48 hour hackathon commenced. The teams then prepared and pitched their prototypes to a panel of judges who included: John Newbigin (cultural Strategist), Lonwabo Mavuso (Business and Arts South Africa), Emma Kaye (Bozza), John Newbigin (cultural Strategist), Mark Kwaiga (digital entrepreneur) and Nana Ocran (writer & editor).

Prizes included R35000 & 6 months membership to Impact Hub in order to support the winning team in making their idea a reality. While R15000 was awarded to the runners up.

QRiocity – the winning team pitched a digital navigation tool to understand, explore and share the fascinating stories of South Africa by gathering data and interpreting it into QR codes on buildings, statues and locations that users could navigate in their own time. Personal stories were also gathered via crowdsourcing.

Indabo – the running up team, pitched a platform to allow venues to manage their spaces online, with Indabo taking a share of the introduction and management facility.

The winning team was awarded R35000 and a trip to CultureTECH Festival in Northern Ireland.

PubHub – the winning team pitched a self-publishing literature vending machine with the idea of making literature affordable and accessible (the team is made up of two designers and two poets).

'It’s an opportunity for people who wouldn’t otherwise meet to get together, try something out and make an experiment'
Glen Mehn, Social Innovation Camp

Find out more at @UK_CE

We work with Nesta to share their Creative Enterprise Toolkit with creative start-ups around the world. #enterprise 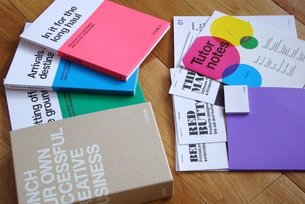 Our latest Culture Shift in Athens was a huge success - and saw the developers of a new cultural event app winning an exclusive residency with Google HQ in London.

The second round of Culture Shift Kenya is quickly approaching, taking place 15th and 18th-20th February at Pawa254 – a fantastic new hub on the scene for both creatives and innovators in Nairobi!