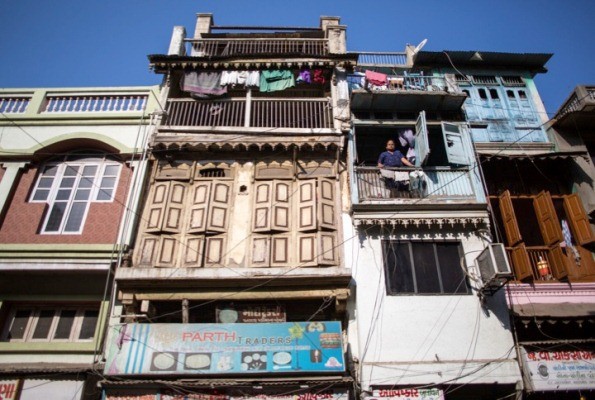 For the first time in human history, the majority of the world's population lives in a city.  This proportion continues to grow.   Experts estimate that by 2030, 60% of people will live in cities,  and this will increase to 70% by 2050. In India alone, the urban population increased from 100 million to 200 million from 1991-2011.  How do we make our cities liveable whilst accommodating this huge  influx of people?

Early in 2014,  UnBox Labs brought together a group of 35 highly talented and diverse creative practitioners, researchers and experts from the UK and India to explore, innovate and create around the theme of Future Cities.   One of the project's core objectives was enabling people from different countries to work together to share knowledge and ideas: a cross-cultural collaboration.

The focus of UnBox Labs2014 was a departure from the usual debate around Future Cities, which has been dominated by discussions around large scale policy and technology.  Instead, this was about exploring more grass roots, people-centred solutions.  Based in Ahmedabad, which is one of the fastest growing cities in the world, the group had a chance to get out of their normal way of working, get inspired by different creative and academic practices and explore problems and solutions that were relevant to both India and the UK.

Over the 12 days, nine innovative projects were developed.  They included developing a more people-centred census, highlighting the dangers of noise pollution and imagining future doom scenarios,  such as what happens when antibiotics are no longer effective  - an issue which becomes more and more globally relevant each day. You can find out more about the projects here.

We never envisioned this as simply a 12 day project.  We know that some amazing relationships have been formed that will last for years to come and may result in some really game changing collaborations.  So we offered small seed grants to participants to allow them to carry on exploring project ideas that spawned from the Lab.  These projects will be showcased at the UnBox Festival in late November 2014.

You can read the British Council's  Alastair Donald's blog about the ambitions of the Indian cities of the future, featured in Imperica, here.

See the storify of the Lab here.

The UnBox Festival has been running since 2011 and is an annual festival in India which celebrates interdisciplinary processes and experiences shaping contemporary thought and action. In 2012 and 2013 partnership-led fellowship programmes were an intrinsic part of the Festival. You can find out more about previous iterations of our fellowship programmes here.

The UnBox LABS 2014 is anchored by the UnBox Festival and Quicksand, in partnership with the British Council, the Arts & Humanities Research Council (AHRC) and the Science & Innovation Network of the British High Commission in India, with the support of REACT & the National Institute of Design, Ahmedabad.

Following on from UnBox Labs we have awarded small seed grants to support the exploration of ideas around the notions of our future cities.

We were wowed with the standard of applications for our 2014 UnBox LABS. We're thrilled to announce who'll be travelling to India in February!