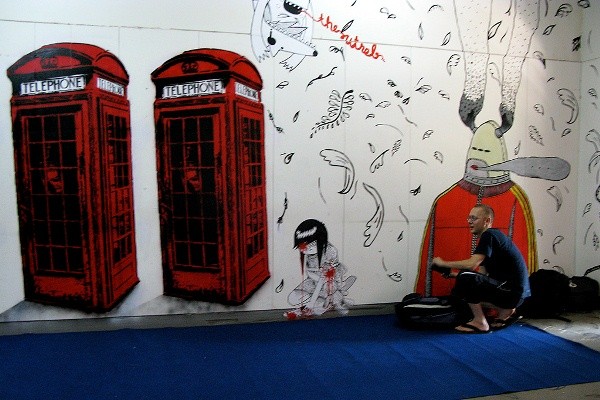 First stop, the Common room in Bandung to meet Pitra Moeis, who talked to us about Pulsating Star a project which aims to connect science and the arts. Did you know we can compose music from the sounds collected from falling stars and meteorites moving around the earth? Radio waves recorded from outer space by the Radio Bostscha Observatory, Lembang, Indonesia in 2012 have been transferred into sounds and then transformed by composer Gustaff H. Iskandar into a beautiful composition.

This is one of the many projects that Common room is producing in their creative hub in Bandung, which houses up to 20 creative businesses. I think this is a very creative way to show how artists and scientists can collaborate to make beautiful and surprising pieces. The project helps the public to appreciate cosmology in a common language - music, while at the same time it offers scientists a new perspective on their research through a colourful cultural kaleidoscope. Common Room provides a platform in which this type of cross sector collaboration and creativity can flourish. 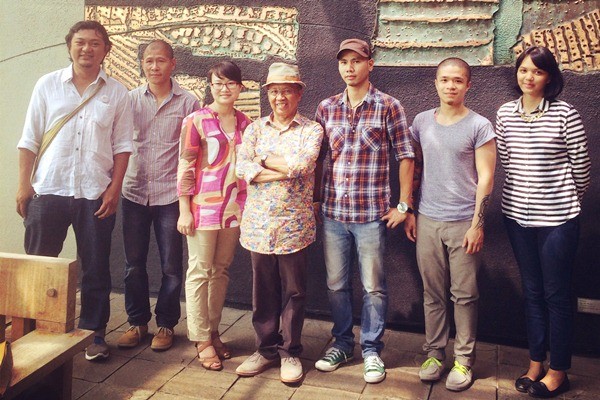 Strong collaboration and talent as an asset

Collaboration and nurturing talent was a strong theme of all the organisations we visited. I was really interested to understand how Indonesia could overcome the challenges of connecting groups that come from vastly different social, economic, geographic and even religious backgrounds as well as creating collaborations between artists, students, politicians and local communities.

We spoke to Alex Sihar (Jakarta Arts Council) and Iswanto Hartono (Ruangrupa) who explained that to understand that you needed to understand Indonesia’s recent political history. In 1998, the change of government and political regime in Indonesia brought about a sense of freedom, there was suddenly an imperative to work together with partners to create new things and new opportunities. People realized that even though they had differences, they all shared the same goal: to co-exist and create a new Indonesia. After 15 years, that spirit is still nurtured in the second and third generation of creative practitioners who are now running creative initiatives such as Ruangrupa.

Collaboration with others is a trait we also saw in Urbane, an architectural agency in Bandung. If patriotism is one driver for collaboration, for Urbane efficiency and effectiveness are other important reason. T.Ismail. Reza, Urban Design Director and Reza A.Nurtjahja, Managing director of Urbane commented that as Bandung is a small city (in Indonesian terms), collaboration with other creative groups is the key to developing bigger projects, to maximise resources and be competitive and sustainable. Maybe this openness to collaboration is one reason why Urbane has been named is one of the 10 best architecture agencies in Indonesia.

A cornerstone of Bandung’s creative landscape is the Bandung Creative City Forum (BCCF) which has become an overall umbrella organisation connecting all creative hubs in the city. Established in 2008, the Forum has carried out a number of projects addressing pressing urban issues while at the same time, bringing benefits to the local community and the creative sector. As Tita Larasati, General Secretary of BCCF said: ‘in Bandung, we do not have anything, no natural resources, but we do have talented people and that’s the city’s major asset’. Bandung’s current Mayor (and YCE alumni) Ridwan Kamil is one of founders of BCCF, one could foresee that this statement will sooner or later be at the heart of the city’s development policy. 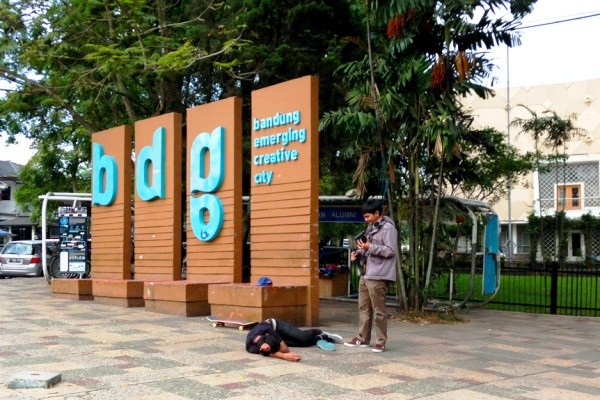 ‘We have to make a better place for ourselves’ – Tita told us, this is what drives BCCF’s work, from maintaining the city forest to revitalising the bus stops in Bandung with interactive activities and visuals.

Urbane are also focused on making better places, they initiated a project called ‘one village one playground’, working with partners to build children’s playgrounds in the villages surrounding Bandung. Land for the playgrounds are sometimes flooded or near polluted rivers, thus environmental solutions are needed before the construction starts. ‘Engagement and negotiation with local government and community is the key here’, Angga Latief, Senior Architect at Urbane told us. And according to him, it could take two years to build a playground in one village, as in the process, you will need to take in to consideration the local conditions and ensure the ownership of local community.

On the way back to Vietnam, I have been thinking about what we have seen in the last few days. Apparently there are different models of creative hubs in Indonesia. They are not only simply places for people to meet, to work and to share ideas, the hubs also bring opportunities, helping businesses sustain and grow and support community development. From what we have seen there is no doubt that creative hubs and creative people in Indonesia are addressing serious challenges and making significant impacts on the cultural and economic life of the community.

On her recent trip to Brazil with the British Council, Jenny Griffiths - founder of Snap Fashion and a new member of our YCE network - explains why she was so impressed with Brazilian co-working models.

What can creatives learn from a funeral company?

Hubs are made up of clusters, networks, incubators and collectives, each bringing a tribe of creative people and organisations together to compete on a larger scale. Our Creative Hubs Forum began to delve into this new world...

Master (classes) of the Universe

A new collaboration with Film London and Microwave in Indonesia to deliver expert advice and explore opportunities for closer links between the UK and Indonesian film sectors.

Isabelle Croissant gives us an overview of Cornerhouse, Manchester's international centre for contemporary visual arts and independent film, and one of the UK's associate partners in Watershed's Recife: The Playable City programme.