Jennifer is the owner of Snap Fashion, a visual search engine for clothing, with over 200,000 users in the UK and soon to launch in Singapore and USA. As part of her prize for being one of our UK Creative Entrepreneurs, she will be travelling to Brazil to expand her network, learn and share ideas. Jennifer cites James Dyson as one of her design heroes

Why is the UK a great place to be an entrepreneur?

I think the UK’s great because you’ve got the economic structures surrounding entrepreneurship like tax breaks etc, and then you’ve got a strong creative industry running through the UK. People are encouraged from a young age to innovate and create things, so it makes for a really nice hotbed of innovation. I’ve always been a person who’s had crazy ideas and all the way through school and University people never made me stop and stick to the straight and narrow - they’ve always encouraged that . I studied at Bristol, which is a really creative city, with people like Aardman, so it’s been a great place to learn about the sector. I moved to London for the Tech City initiative. It was a big move, but it’s great being in London.

My real hero is James Dyson, I think he’s a legend because he invents things you didn’t know you needed up until the point he invents them, like the Dyson hand dryers; you never realized you were bored of drying your hands until he invented something super speedy! This is going to sound clichéd, but Steve Jobs is a legend as well. People forget that he was at places like Pixar which is really creative but has so much technology underlying it.

Brazil is our third biggest country for web visitors. It’s such a vibrant e-commerce community at the moment and I think it will be a really interesting place. It’s like the UK was about 5 years ago at a tipping point of e-commerce becoming mainstream so there’s a real business opportunity there.

We work in the UK and overseas to identify and connect a global group of creative pioneers and innovators. 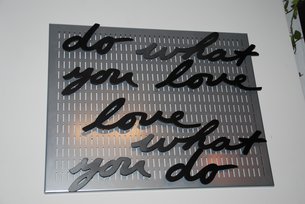 Do you know a pioneer running a UK-based creative business - or are you running one yourself? Is the business shaking up the industry and destined to make an even bigger impact in the future?