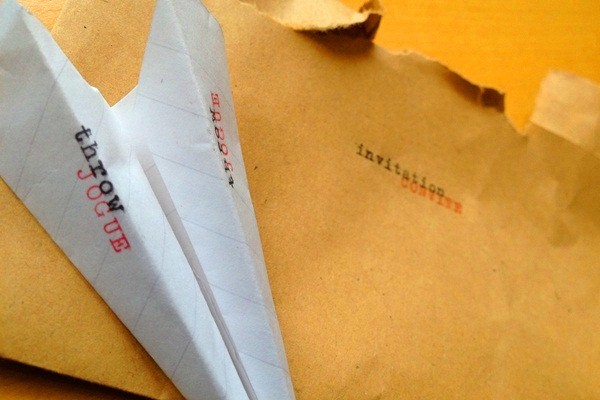 'From street art to street games, Bristol is the world’s first Playable City, known for its playful approach to public spaces and its drive to get residents and visitors engaged with the city and its creative and cultural future. Now, in partnership with the British Council and Brazilian technology park Porto Digital, Bristol’s Watershed is taking this idea to Recife, in a bid to transform the capital city of Brazil’s Pernambuco state into the world's second Playable City.

Between January and April 2014, Recife: The Playable City will enable a select group of artists, producers and creative technologists to participate in a creative lab process spanning Bristol and Recife. Working together, they will develop new ideas that use art and technology to engage and inspire audiences, demonstrating how playful ideas can empower citizens and tackle the challenges our future cities face. This brand new initiative is part of the British Council’s Transform programme and is supported by Arts Council England.

The selected participants are:

George Lovett (UK) is an architect exploring relational and social art practice with the public and in shared places.

Fábio Florencio (Brazil) is a games designer. He currently works at C.E.S.A.R, owns a freelance sound design outsourcing company and is a Master Degree student.

H.D. Mabuse (Brazil) develops projects focused on collaboration, emergent behaviours, and the remix of visual arts, design and music. He is also currently a design consultant at C.E.S.A.R.

Laura Kriefman (UK) is a choreographer, creative technologist and Fellow of the Clore Cultural Leadership Programme.

Filipe Calegario (Brazil) is a doctorate student in computing at UFPE’s Computer Lab Centre and develops projects that bring together computing, music and visual arts. He is interested in finding new ways of interacting with the computer, demystifying technology, thus showing that the world is a platform that can be hacked by anybody.

Helder Aragão de Melo (Brazil) is an animator, script writer, TV director, musician and DJ. He was integral to the development of Recife's Manguebeat scene and interested in what he believes to be an inseparable combination, art and technology.

Eduardo Araujo Oliveira (Brazil) is a systems engineer for C.E.S.A.R, experienced in the area of Smart Cities and Artificial Intelligence. He holds a Master and Doctorate in Computer Science and is also a teacher of Digital Games.

Tine Bech (UK) is an artist and researcher working with interactive sculpture and public art, which aims to create experiences of immersion and play.

Camila Bandeira (Brazil) is co-founder and director of Proa, a company specialised in cultural marketing. She is a qualified Business Manager and has over 10 years experience of producing events and cultural projects in both Brazil and California (USA).

Thaís Vidal was born in Recife and is the youngest of our producers at 22 years old. She has degree in journalism and has worked as a cultural producer of cinema and music since 2010.

Katherine Jewkes (UK) is Digital Associate at National Theatre Wales, where she helps people to playfully integrate digital technology into their creative practice.

Germana Uchôa (Brazil) is a creative entrepreneur and consultant for the Fashion and Design Market.

Daniel de Hora (Brazil) has been Associate Creative Director of DH,LO Creative Boutique since 2010, and is considered one of the most important Brazilian creatives of his generation, appointed one of the "Ten most influential creatives in Brazil in 2009" by AdvertLatina.

A list of associate organisations in the UK and Pernambuco are also helping with delivery of the programme:Lighthouse, Cornerhouse, Site Gallery and National Theatre Wales (UK), the Secretary of Economic Development, UFPE (Pernambuco’s Federal University), the Gilberto Freyre Foundation, Recife’s City Council, Delta ZERO, Fundaj, and CESAR (Recife Centre for Advanced Studies and Systems) (BR).These industry experts will participate in the programme, mentoring in the development of ideas and potential routes to market. 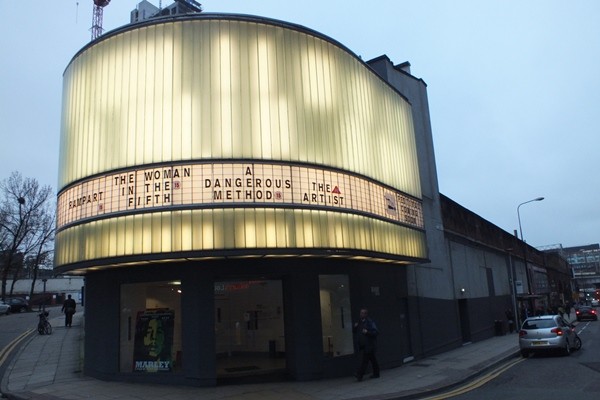 Cornerhouse in Manchester is one of the UK associate organisations helping with delivery of the programme.

Victoria Tillotson from Watershed says, “We are incredibly excited about the potential of Recife: The Playable City. At a time where cities across the world are becoming increasingly ‘smarter’, there is a real opportunity to explore how playful ideas that combine technology and culture, can empower citizens, whilst effectively addressing the challenges our cities face. Watershed are delighted to work with Porto Digital and the British Council on this programme, and can’t wait to see what these amazing practitioners create.”

Pablo Rossello from the British Council, says: “We’re delighted to be working with both Watershed, Britain’s first media centre and a champion of independent digital media creativity, and Recife’s Porto Digital, Brazil’s most successful digital cluster. We’re sure the project will initiate interesting collaborations between the two countries, as well as raising awareness of culture’s role in driving sustainable urban change and business innovation. A large part of our work at the British Council’s Creative Economy team revolves around promoting international dialogue and research around digital technology’s impact on culture, showcasing what the UK has achieved so far in this area, and raising awareness of the wider social and business applications of the ideas generated at this intersection.”

Francisco Saboya, CEO of Porto Digital says: ''Finally, cities will be looked at in a new light. Engineers, architects, planners, economists and politicians have visions of our 21st century cities, which are often focused on and limited by surveillance, efficiency and order. Cities that rock are playable cities that enable meaningful experiences, interaction and serendipity. So we welcome artists, technologists and creative people from Recife and Bristol to bring new ideas to our cities, and reinvent this brilliant space. Porto Digital believes in the transforming power of innovation and therefore bets on this project. Let's play the cities!'

To find out more about the programme, please visit Watershed's Recife: The Playable City webpage.'

We are thrilled to announce the fifteen incredibly talented people who will be joining us on Watershed’s new global talent development programme Creative Producers International.

"A Process of Cultural Acupuncture"

Following the international success of Hello Lamppost (winner 2013) and Shadowing (winner 2014), the Playable City Award returns for its third year.

After a cultural exchange spanning Bristol and Recife, a fantastic weekend showcase with inspiring talks, an exhibition preview, workshops, a playable street party, Recife: The Playable City is now over. It will have ripples for years to come.

Reflections in the water

David Haylock, Creative Technologist at Watershed's Pervasive Media Studio and one of the UK participants in the Recife: The Playable City programme, gives us a breakdown of his experience in Brazil.

Out of the Frying Pan and into the Fire

Natasha Chubbuck and Katherine Jewkes reflect upon their first few days in Recife, as the second instalment of Recife: The Playable City speeds into gear.

Natasha Chubbuck, Associate Producer at Site Gallery (Sheffield) blogs about the start of the second (and final) phase of the Recife: Playable City's programme.

A Tale of Two Cities

Recife: The Playable City's Bristol sprint comes to an end. If week 1 was about developing tools, week 2 was about hacking.

UK and Brazilian participants at the Recife: The Playable City's Bristol residency tell us how their first week is going.

An overview of Britain's first media centre: a champion of independent media creativity and emergent artforms, and our main partner in this year's Recife: The Playable City programme.

An overview of Brazil's most successful and innovative digital and cultural cluster - and one of our main partners in the Recife: The Playable City programme.