Visual anthropologist, Ioanna Manoussaki-Adamopoulou and her team at UnBox look beyond traditional weather-beaten signs to find new ways of engaging with historic sites along the Grand Trunk Road in India. 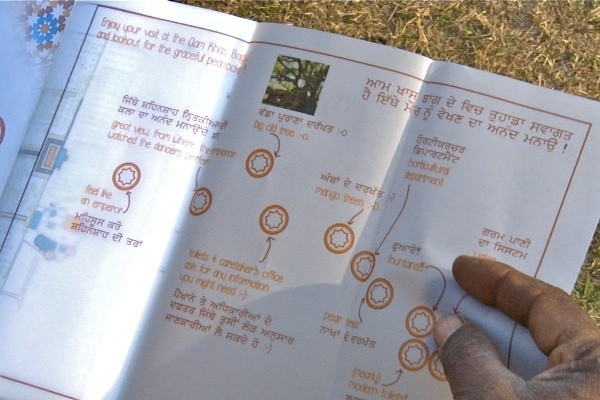 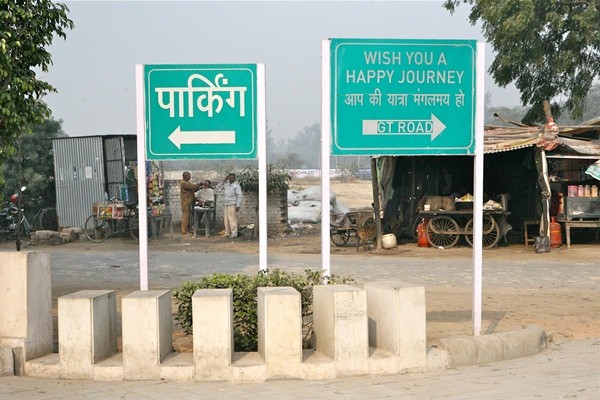 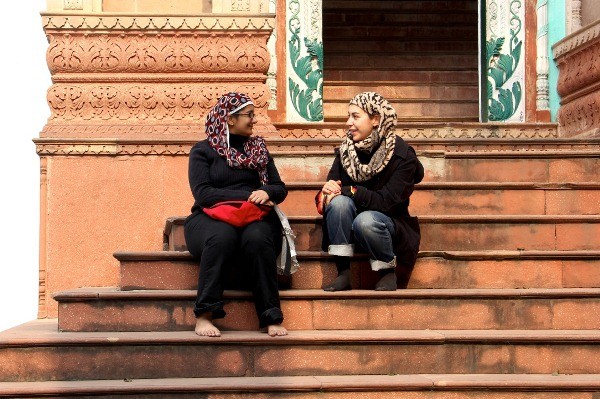 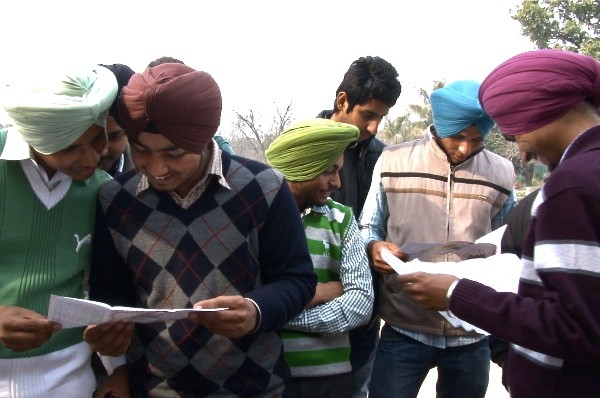 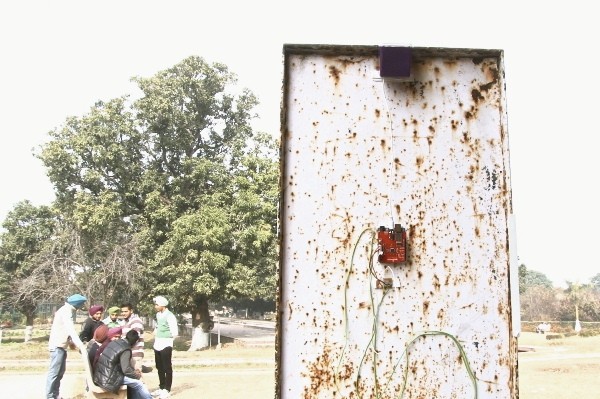 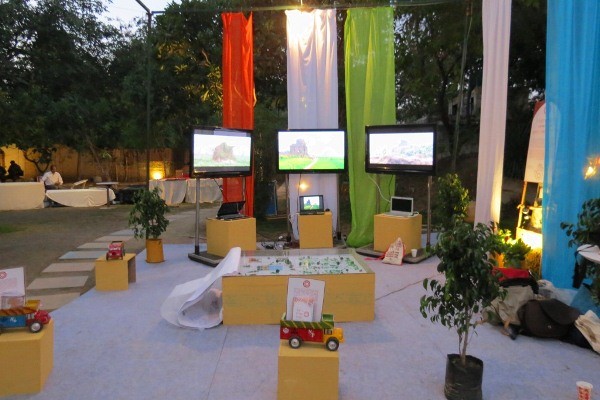 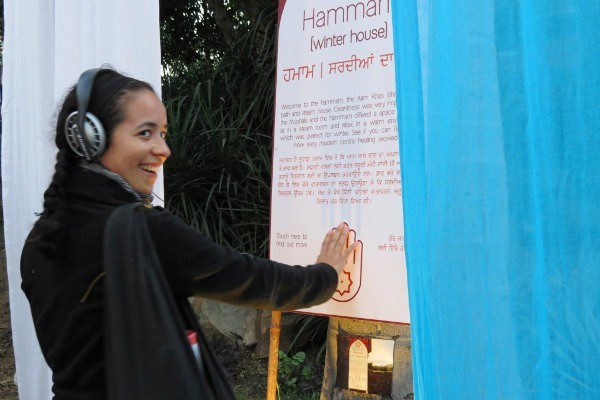 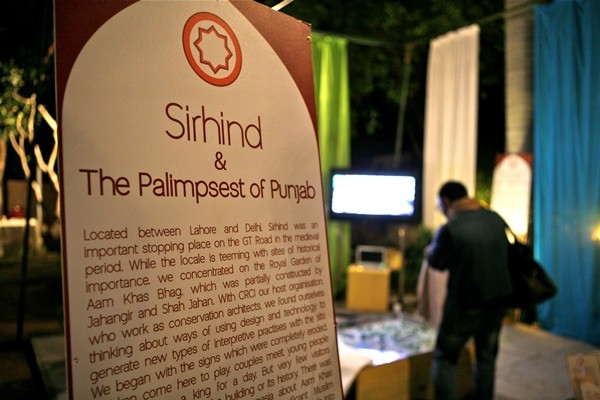 I came across the existence of Unbox Festival about a year ago, when a member of Quicksand (one of the co-organising bodies) was visiting a mutual friend in London. I remember her talking about it and thinking ‘what a great venture to be part of and how amazing that it’s in India, of all places’. I have visited India a few times already and encountered segments of its vast creative traditions, so I knew that coupling these aspects with new media and design technologies would be ‘explosive’.

In the last year, I have spent considerable time documenting other people’s work, most recently in feature film production. Whilst there is certainly a level of creativity in these processes, I longed to get my hands on a cultural research project again. So when my friend brought the Unbox fellowship to my attention, I decided to give it a go.

I opted for the unMAP fellowship, which intended to ‘explore the potential of technology in preparing the Cultural Heritage Management Plan for the Grand Trunk Road (GTR)’.

The GTR is one of South Asia’s oldest and largest roads where people, commodities, ideas and cultures have been circulating between Kabul in Afghanistan and present day Pakistan, India and Bangladesh for over 2 millennia. 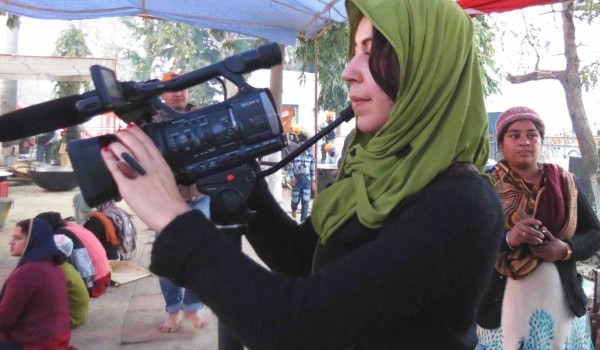 One of the options suggested in the brief was the development of a mobile app to map important sites and places of historical significance along the GTR, focusing on ‘building stories around Sirhind, a small town in Punjab… identified as one of the microcosms that encapsulates the rich lineage of intercultural faith and society’ in the area. Collecting stories is one of the main tools of the Visual Anthropologist, so I was pretty happy about this.

I was lucky enough to be accepted and to be coupled with two very talented ladies. Churnjeet,a researcher from the UK with extensive knowledge around the notion of Palimpsest, transactional criticism and the processes of identity and heritage formation; andSimran,a young multi-skilled interaction and experiential designer and new media artist from Chandigarh, whose house ended up being our little reflective haven during the two weeks we spent in Punjab. Together we embarked on a daily journey to the offices of the CRCI, collecting research material on Sirhind and the GTR.

From Map to App and Back

Our host organisation was the Cultural Research Conservation Initiative (CRCI). What struck me about their approach was their imperative to infuse heritage conservation work with the current realities of the historical sites; and their aim to develop conservation strategies in association with local communities, which ultimately are the ones that get to interact with them on regular basis.

We came up with a first draft for the phone app, but had to abandon it a few days later. After meeting with the CRCI’s web developer, we discovered that a lot of what we were planning to do was already being incorporated into the new GTR website.

So we left for Punjab with a bunch of maps, plenty of reading material, a list of contacts and a very vague idea of what we were actually going to do.

Upon our arrival we were invited to celebrate Lori - the Punjabi New Crop Year - with the family of a friend of the CRCI’s local collaborators, which became a great initiation of place, since we were immediately immersed in a plexus of social and gender relations. Through the stories of our host, we became familiar with narratives of migration and the political instability prominent in Punjab in the 80’s, a period when the local independentist movement was on the rise. 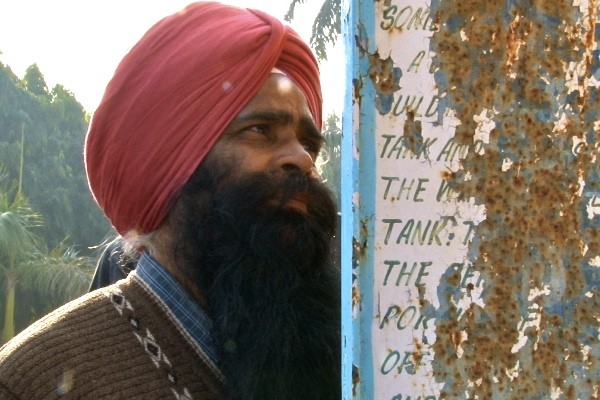 Over the following few weeks, we observed and documented how people interact with different sites of historical importance and collected stories about them.

Sirhind has many vibrant religious communities and many historical layers, some of which lie almost dormant. From these encounters we realised that apart from the absence of maintenance and explanatory signs in a lot of them, due to negligence or lack of funds, there was also something of a collective ‘cultural amnesia’ about them, probably related to the population exchange that occurred after the Indian/Pakistani divide.

People had little knowledge about the sites and were finding it hard to place them in a historical context. Sometimes they fostered negative associations regarding Mughal sites, due to conflicts between the Sikh community and Mughal emperors in the 17th century. Some sites were suffering from ongoing vandalism, whereas at others, like the cluster of Mughal tombs in Talania, locals of all religions made offerings and lit oil lamps on the graves of prominent mughal personas, or simply enjoyed a regular walk in the area. However when asked, they were still struggling to contextualise the monuments historically. 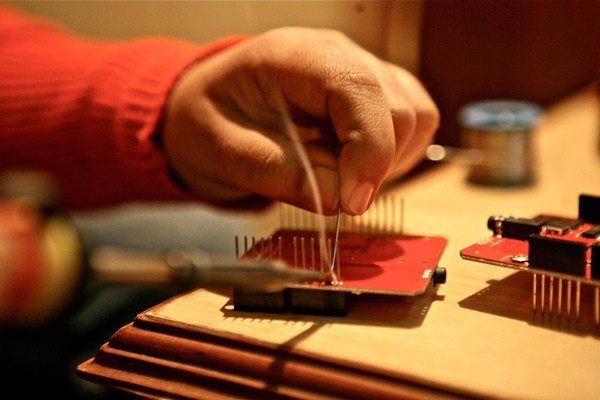 This led us to the idea of designing different ways of engaging with the sites, following the logic that even if they were properly maintained, if the local community did not embrace them, it would be like a job half-done.

We chose the Aam Khas Bagh(a beautiful Mughal Sarai that people use for leisure) as a testing ground for creating different experiences and associations with place.

We made a two layered map to allow for a comprehensive navigation of space and Simran designed touch- and motion-generated interactive sound installations as an alternative way of providing information to the traditional weather-beaten signs. We had observed that people were struggling to read them, so we decided to use them as the locus for our interactive devices. 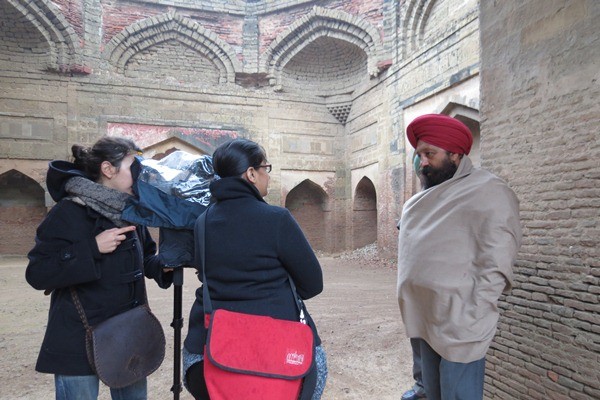 We tried them out with three groups of people and got valuable feedback about the possible widespread usage of this type of ‘signage’. There were a variety of comments from people of different age and gender groups and everyone’s thorough engagement with the technology and the informational content was a very positive outcome.

The viability of this fairly cheap informative installation goes hand in hand with the development of a scheme for the maintenance and preservation of the sites, but the possibility of accessing information orally proved successful in reaching illiterate audiences and generating interest in the site’s history.

We also thought of testing new ways of community engagement by co-creating informational material (visual content and interactive installations) with youth groups in the area through skills sharing, as a way of increasing local knowledge and involvement with the sites. 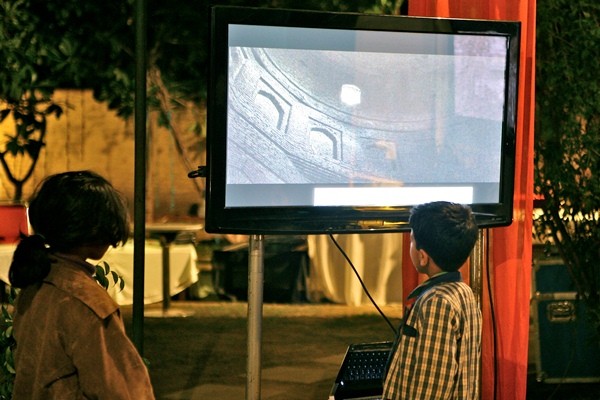 Back in Delhi, we had a few sleepless nights preparing for Unbox, which was a real celebration of creativity, interdisciplinarity and state-of-the-art cocktails. The festival was packed with people willing to share ideas and build collaborations, with some very good presentations and workshops throughout the weekend.

The Fellowship recipe of bringing people from different vocational backgrounds together, presenting them with a ‘problem’ and allocating them the space to develop and test solutions proved to be absolutely brilliant for coming up with innovative and culturally relevant solutions; and despite the inherent challenges of working in a new environment, the overall experience was a lot of fun.

Although slogans rarely deliver, this was the epitome of ‘action in the intersections’ and a real eye opener for the intrinsic possibilities of cross-collaborations.

I would like to thank the Unbox team, the British Council and the AHRC for putting this great scheme together and the CRCI for initiating and supporting us throughout this creative venture.

Ioanna Manoussaki-Adamopoulou is a Visual Anthropologist and filmmaker. She has showcased her research and visual work in collaborative exhibitions, symposia and documentary festivals across Europe.