An exhibition showcasing all five of this year’s UnBox fellowship projects will take place at the forthcoming Alchemy festival from 10th-21st April. 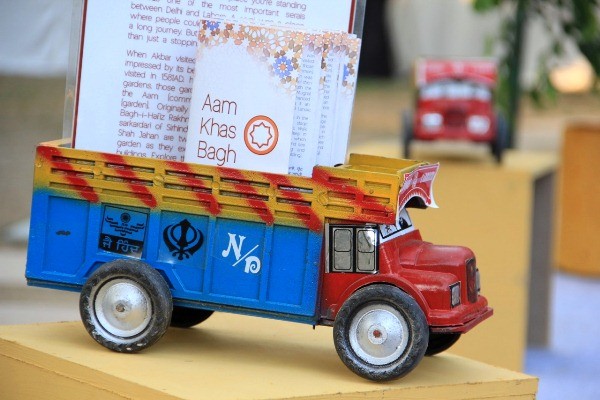 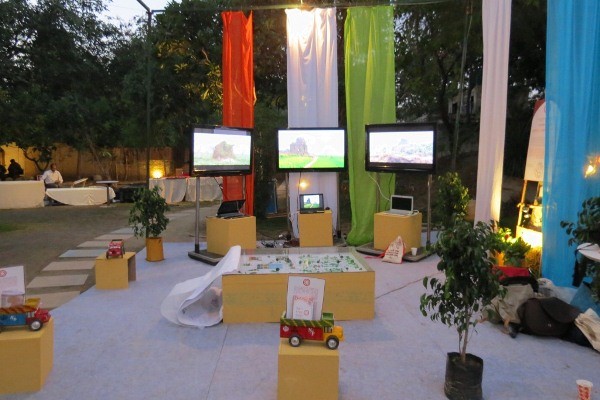 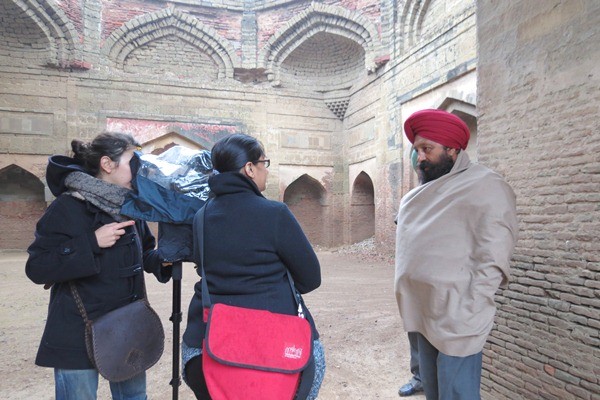 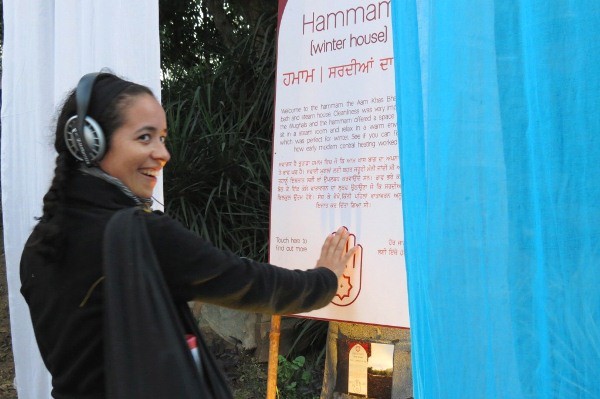 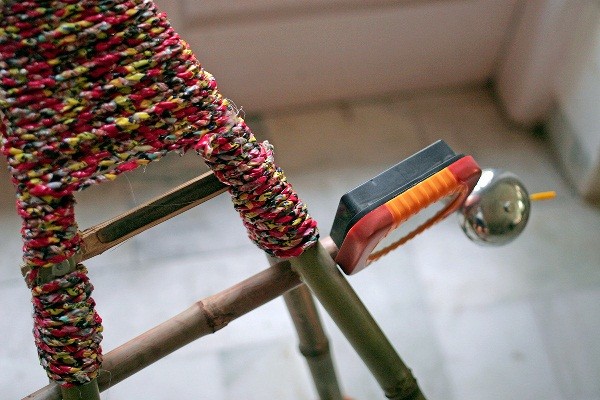 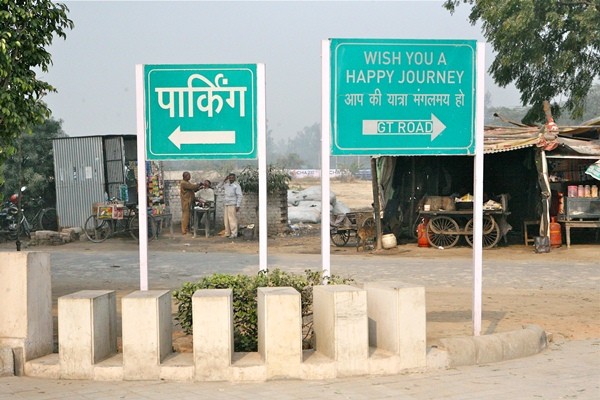 We are pleased to announce a special exhibition taking place in London this month at Alchemy festival, featuring all of the projects that were created during the UnBox fellowship programme - a highly collaborative creative and learning process, which took place in India earlier this year, organised by the British Council, Arts & Humanities Research Council (AHRC), the Science Innovation Network (SIN) and local partners.

The Alchemy festival is an annual festival at the Southbank Centre in London, celebrating music, dance, literature, design and debate from India, the UK and South Asia.

‘Action at the Intersections’

In January and February this year, we brought together five multi-disciplinary teams to collaborate over a six week period on a range of site-specific challenges, leading up to the UnBox 2013 festival in Delhi.

In the spirit of the UnBox festival, the fellowship programme has been designed to bring together a diversely-skilled group of creatively-minded people to work on innovative solutions to local problems. Each team this year was composed of a UK researcher (chosen by AHRC), a UK creative practitioner (chosen by British Council), and an Indian creative practitioner (chosen by the UnBox festival). Practitioners ranged from artists to designers, film-makers, and game-makers. The greater the mix of skills and experience, the better!

The teams convened at the UnBox festival in Delhi to present their finished ideas to a panel of judges – which included amongst others John Thackara, Clare Brass and MP Ranjan – and each team was successfully elected to apply for funding to develop their projects further! 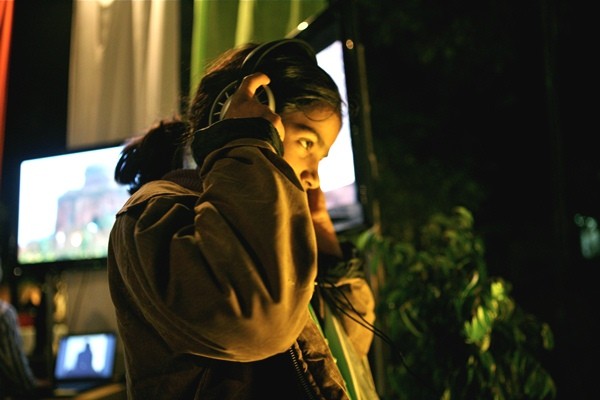 The Unbox Fellowships Exhibition at Alchemy will give you the chance to see each of the five projects devised in India.

These will be displayed in the Queen Elizabeth Hall foyer,from 10-21 April 2013. Please check the Southbank Centre website for more details.

On14 April, you will have a chance to not only meet the fellows but also engage in interactive activities that will contribute towards the development of these ideas! Here you will be able to explore the collaborative potential of design, film, technology and art, as well as test games, win food recipes and video map yourself at Alchemy!

These workshops on the 14th April will take place at 11am and 2pm. Approximate time for each workshop is 1 hour. Limited seats only, no previous registration required.

Using purpose-built, wearable bamboo camera rigs, the unBUILD team invited stall-holders, tourists and passers-by to document their various encounters whilst walking through the Mapusa market in Goa - an important and dynamic hub for cultural production in the region.

At the exhibition you will see the footage compiled from these encounters (which charts a diverse range of cultural, commercial and social relationships), as well as the rigs that the team made. Other maps and topographical documents of the market are presented by way of contrast to this multi-layered map.

The unBUILD project was developed in partnership with People Tree.

Workshop: The fellows will explain the process of documentation with the rigs, after which participants will have the chance to wear a rig and walk around to map the Southbank Centre.

The unMAP team were challenged with developing new media content for cultural and historical sites along the Grand Trunk Road (one of the world’s oldest thoroughfares) and building interactive ways of distributing it. Focussing on Sirhind, a small town along the GTR, they collected visual and audio narratives of people, histories and existing multicultural practices in the Punjab region.

The unMAP installation showcases the multimedia collection of narratives gathered by the team, and explores the connections between built heritage and cultural memory.

The unMAP project was developed in partnership with Cultural Resource Conservation Initiative (CRCI).

Workshop: The fellows will take participants through the process of creating the collection and explain how new media and interactive technology could facilitate more accessible ways of learning and engaging with historical sites in the area.

The unPLAY team set about creating a video game that would bring age-old stories from India to life using modern, Kinect-based technology, which tracks the movement of the player using motion sensors. In the game that emerged – called ‘Meghdoot’ - the player has to use a mix of skill and dexterity to move through a universe made up of words and books in order to unlock a cabinet of curiosities. Meghdoot is strongly influenced by a steampunk aesthetic and draws on cultural touchstones such as oral storytelling traditions, heritage artefacts and dance.

The exhibition will give insight into the process of making a Kinect-based game from scratch, with clips and stills from the game.

The unPLAY project was created in partnership with Quicksand.

Workshop: The fellows will explain the development of the game and participants will have a chance to play the game and be part of its testing.

The unTILL team were tasked with creating an educational game that would raise awareness amongst urban citizens about the food they consume and the agricultural practices that contribute towards its production. They developed a prototype for an online game, which integrates farmer-generated videos on sustainable practices (supplied by their host, Digital Green) and field research of their own into immersive narrative gameplay. Players progress through the game to win recipes.

An insight into the challenges faced by Indian farmers will be presented at the exhibition by way of a promo video for the online game.

The unTILL project was created in partnership withDigital Green.

Workshop: Participants to be taken through a series of small physical games, which demonstrate the cycle of a crop.

Challenged with developing an easy to use method for Indian citizens to interpret legislative processes and bills, the unVEIL team came up with LEGIT – a concept for a larger project that uses open governance to transfer knowledge and make it more accessible through text, media, and animation.

The exhibition gives insight into the development of LEGIT and suggests new models for enhancing the flow of legislative information between the Indian Government and its people.

The unVEIL project was created in partnership with PRS Legislative Research.

Workshop: Participants will engage in exercises that explore different ways of citizen participation.

Carly has also written an article about the UnBox projects on Guardian Culture Professionals Network.