The Creative Economy: An Introductory Guide

All around the world, the 'creative economy' is talked about as an important and growing part of the global economy. Read more about its implications on cultural and economic policy-making in John Newbigin's introductory text to the creative economy 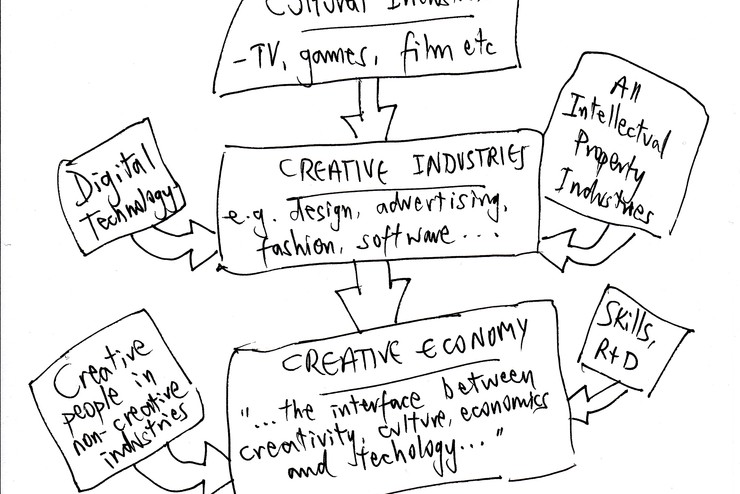 Governments and creative sectors across the world are increasingly recognising the importance of the creative economy as a generator of jobs, wealth and cultural engagement. The UK has been a leader in the development of this agenda, not just as a driver of the economy but also promoting social inclusion, diversity and development. This booklet (and the series it is part of) is a contribution to our shared knowledge and expertise for this emergent and valuable sector.

The following language versions are currently available in PDF format:

John Newbigin is Chair of Creative England, a national agency that invests in and supports creative ideas, talent and businesses in film, TV, games and digital media. A cultural entrepreneur and writer, John is also Chair of the cultural web publisher Culture24; and of Cinema Arts Network, the network company of a group of major arts and cross-media centres in the UK.  He is also on the boards of Battersea Arts Centre, First Light and the British Council's Advisory Board for Arts and Creative Economy. As Special Advisor to the Minister for Culture, Rt Hon Chris Smith MP, he was closely involved in developing the UK government’s first policies for the creative industries.  He was Head of Corporate Relations for Channel 4 Television and executive assistant to Lord Puttnam as the Chairman of the film company Enigma Productions Ltd.  As a policy advisor to the Leader of the UK Labour Party and Leader of the Opposition, Rt Hon Neil Kinnock, MP, he had responsibility for environmental and cultural issues, amongst others. He was a youth worker in East London for 6 years and writer-in-residence for Common Stock Theatre.