Anna Lewis gives us the final series of reports from the UKYPE finalists' tour to South Africa. 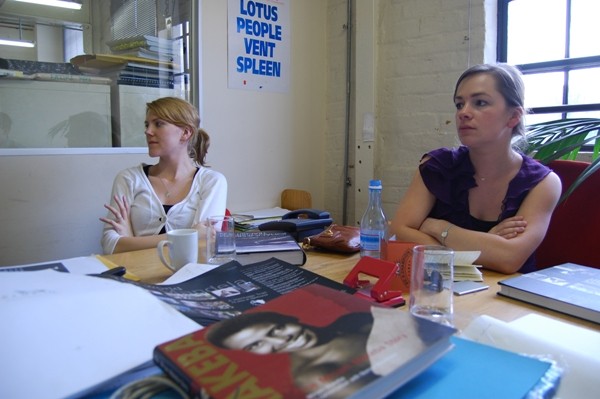 Meeting with South African publishers and booksellers has been a fascinating insight. However, as CompletelyNovel.com is as much a technology company as it is a publishing one, I was really keen to suss out the tech industry in South Africa. The first real taste of this was talking to Arthur Atwell – last year’s South African finalist for the British Council/London Book Fair’s IYPE award and current Chair of the International Young Publishing Entrepreneur (IYPE) network. He very much seemed to be at the forefront of embedding a digital mindset within the South African publishing industry through his consultancy services. He’s also breaking new ground as he tries to open up possibilities for content delivery in different forms such as mobile and copy-shops.

However, as in the UK, we have seen technology players such as Google and Apple making some of the biggest waves in the publishing world, I was anxious to see whether there were extra-industry players coming up with something new and exciting.

On our last day in Cape Town I met with Matthew Buckland, head of 20FourLabs, a division of South African mega-corp Media24. It is their place for experimenting and trying out new tech projects, often revolving around social networking and mobile platforms, which seem to be key to accessing a much broader proportion of the South African population. None of the projects are really related to books or publishing, but what was very interesting was Matthew’s overview of the tech scene. He told me about the Silicon Cape Initiative – a project with a vision of an ecosystem in the Western Cape that is more akin to that of San Francisco. Cape Town’s stunning beaches and mountainous backdrop could certainly compare to the Californian vibe. However, as he told me there’s a lot of work to be done on developing a community of start-ups, developers and perhaps most importantly investors, to combat the drain of talent towards the likes of the UK and US.

I discussed this further with Eric Edelstein, serial entrepreneur and founder of SpringLeap.com, a crowd-sourced T-shirt design company. Bursting with energy he gave me a whirlwind tour of some of South Africa’s tech successes: a huge global presence in the online casino market, an extremely popular flight booking site, cutting edge web building apps, affiliate networks... When he paused for breath I asked him if there was anything springing up on the book or publishing front? Other than a neat calendar publishing app, there was just one that came to mind – Crink, another subsidiary of Media 24, very similar to Lulu.com.

I met the team behind Crink in Pretoria later in the week. They are three extremely friendly and enthusiastic ladies. Despite the fact that South African POD players are relatively young and there is an absence of true print-on-demand similar to that of LS and Antony Rowe, Crink have been building up a good presence in the South African publishing scene. Being part of the Media 24 massive they have close links with a distributor, printer and South Africa’s answer to Amazon, Kalahari.net, which sounded very handy!

I was particularly interested to find out if Crink had experimented in the mobile market. Yes - they worked with mobile-based Mxit, South Africa’s largest social network, to offer an online short story publishing and sharing platform, and the beta version had seen a large take-up (30,000 users within the first five weeks).

Yep – mobile definitely felt like the way to go.

The development of a strong and well funded start-up scene in Cape Town could offer a very healthy injection of innovation and experimentation into the South African book trade. It would also be good to see the emergence of at least a few independent players, outside of the auspices of Media 24... and on a cold winter’s day in London, Cape Town is looking pretty attractive to this start-up! (Anna Lewis)

The UK Young Publishing Entrepreneur (UKYPE)award celebrates entrepreneurial ability within publishing, and strengthens creative leadership, networking, and capacity building in the UK publishing industry. It also focuses on strengthening the engagement between the UK and publishing in emerging markets, and seeks to further stimulate the development of the UK publishing industry in an international business context. After an open application process, a judging panel chaired by Andrew Franklin (Profile Books) short-listed six finalists to compete for the award and to take part in a 10-day study tour of South Africa’s publishing industry. The group will visit Cape Town and Johannesburg in early March 2010, meeting with senior figures and fellow young entrepreneurs, and learning, first-hand, how the South African booktrade works. The winner of the award will be announced at The London Book Fair, on Wednesday 21 April 2010. UKYPE is a British Council award done in collaboration with The London Book Fair, and supported by the Publishers’ Association and BookBrunch.For more information on the award, visit ukype.wordpress.com or contact Pablo Rossello at Pablo.Rossello@britishcouncil.org